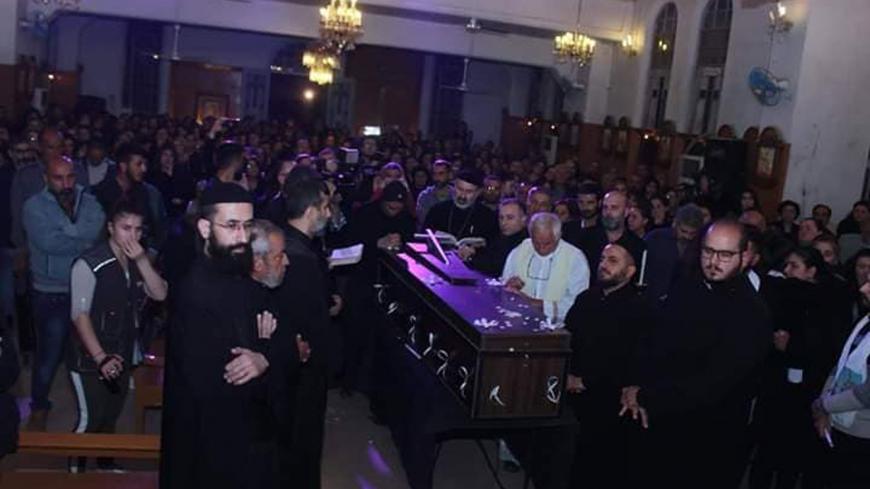 HASAKAH, Syria — Residents of Qamishli took part Nov. 12 in the funeral procession of the Rev. Hovsep Petoian and his father, the Rev. Hanna Petoian, of the Armenian Catholic Mar Youssef Church in the city of Qamishli near the border with Turkey.

The priests were both shot dead Nov. 11 by the Islamic State (IS) as they headed from Hasakah to Deir ez-Zor to oversee the restoration of a church.

The Armenian National Committee of America said it looked to President Donald Trump to publicly press Turkish President Erdogan for an answer regarding the IS murder of two Catholic Armenian priests in a region of Syria that has fallen increasingly under the control of Ankara’s allies.

Mary Hagop, a woman in her 70s, fled Tell Abyad to Qamishli with her family last month after the Turkish army and the opposition National Army occupied her city during Operation Spring of Peace carried out by Ankara against the Syrian Democratic Forces (SDF), a US ally in the war against IS.

As she put flowers on the coffins of the priests, she told Al-Monitor that she rented a house in Qamishli after the Ahrar al-Sharqiya jihadi militia, which is fighting as part of the National Army, seized her house, her son's house and their shop.

“Those who killed the priest and his father are no less criminal than the National Army, which committed field executions against civilians and military men. We are watching on social media websites videos featuring men from the National Army shouting IS slogans. This proves that the National Army men are terrorists. They have seized our homes and property to give them away to their families.”

On Oct. 10, Syrian regime forces found the bodies of two mutilated regime soldiers in the countryside of Tell Abyad, hours after these soldiers were kidnapped by opposition gunmen. The bodies were found on the M4 highway east of Ain Issa city, where Future Syria Party Secretary-General Hevrin Khalaf was killed last month.

Gharib, a man who asked that his full name not be used, said he escaped from Tell Abyad one month after it was occupied.

Al-Monitor met him and his family in the city of Raqqa on Nov. 10 at the house of one of his friends after National Army factions seized Gharib's home.

“My sister and her family died after Turkish fighter jets bombed the city. She was buried under the rubble of her home with her husband and five children,” he said.

“Opposition factions chant IS slogans and Allahu Akbar as they ransack the houses they seize and randomly kill civilians in the street. They brought displaced people from Hama, Ghouta, Daraa and other areas and gave them the houses of residents who fled due to the heavy Turkish shelling,” he added.

Suhaila Ammi, a 50-year-old woman from Ras al-Ain, kept a photo of her son, who was lost after the city was targeted with internationally prohibited weapons, she told Al-Monitor on Nov. 10 at the Washo Kani camp.

The camp was set up in early November by the Kurdish autonomous administration near the village of al-Tuwaina on the road between Tall Tamr and al-Hasakah.

Ammi said that she tried to return to her home in Ras al-Ain, but opposition faction checkpoints set up at the city entrances prevented her from going through.

“The first time I tried to get in, they asked me to wear the niqab, which was imposed by IS in the cities it previously controlled in Syria. They asked me for $200 and gave me two hours to inspect my house. On the second day, I came back and they prevented me from entering the city after they took away the money I had ($200). They are preventing city residents from returning to their homes,” she added.

Near Ammi’s tent, there was a 30-year-old man who managed to escape from his hometown of Ras al-Ain 20 days into the start of the Turkish operation.

He told Al-Monitor on condition of anonymity that he saw pro-Turkey factions in Operation Spring of Peace hoist black IS flags at the autonomous administration buildings inside Ras al-Ain as they chanted IS slogans.

“As I cautiously wandered around a city neighborhood in Ras al-Ain to buy bread, I saw gunmen with long beards threaten passersby with knives. ‘You, Kurds, will be slaughtered!’ they said,” the man added.

In a mosque in Ras al-Ain, Abu Islam al-Dairi, a Salafi leader in the National Army, was reported to have issued a fatwa during a Friday sermon whereby slaughtering and killing Kurds is allowed, saying Kurds are like pigs and dogs.

Khalil Yusuf, a civilian from Manbij, joined Nov. 13 hundreds of people condemning the Turkish military operation against northern and eastern Syria. They marched in Manbij to protest the failure of the United Nations to prevent the process of ethnic cleansing practiced by Turkey in Tell Abyad and Ras al-Ain.

“The UN has drifted away from its primary mission of supporting civilians and is currently supporting the Turkish president in his displacement of thousands of indigenous people from their cities and villages to allow Syrian Arabs from other provinces to reside therein. Does solving the problem of refugees consist of exterminating the inhabitants of Tell Abyad and Ras al-Ain and displacing the residents of the Christian Tell Tamr, which Erdogan is trying to occupy?” Yusuf asked.

SDF commander Mazlum Kobane took to Twitter to condemn the support he indicated that UN Secretary-General Antonio Guterres provided during his recent visit to Ankara for the Turkish president's plan, which Kobane dubbed as “ethnic cleansing projects” aimed at building residential communities in Tell Abyad and Ras al-Ain following the displacement of these cities’ indigenous population. Kobane said this should be seen as a serious UN complicity with genocide policies.

As the international community remains silent about the deaths of dozens of civilians, the displaced people of Tell Abyad and Ras al-Ain remain worried about the lives of civilians trapped inside these two cities. This is especially true given the horrific information and videos documenting the pro-Turkish opposition factions’ perpetration of field executions and violations that amount to war crimes. 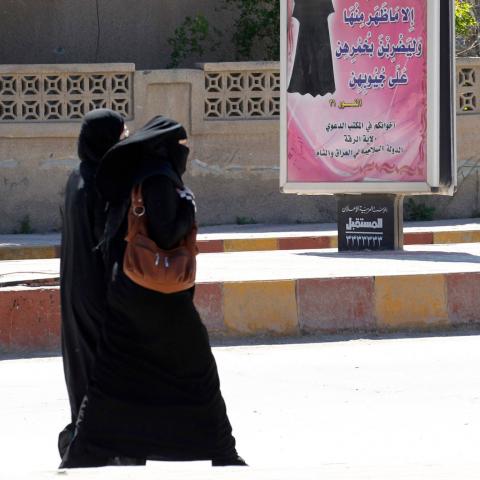