Mythology, mysticism and tributes to love dominate the Pir-Shalyar wedding festival in a rocky Kurdish village in western Iran. 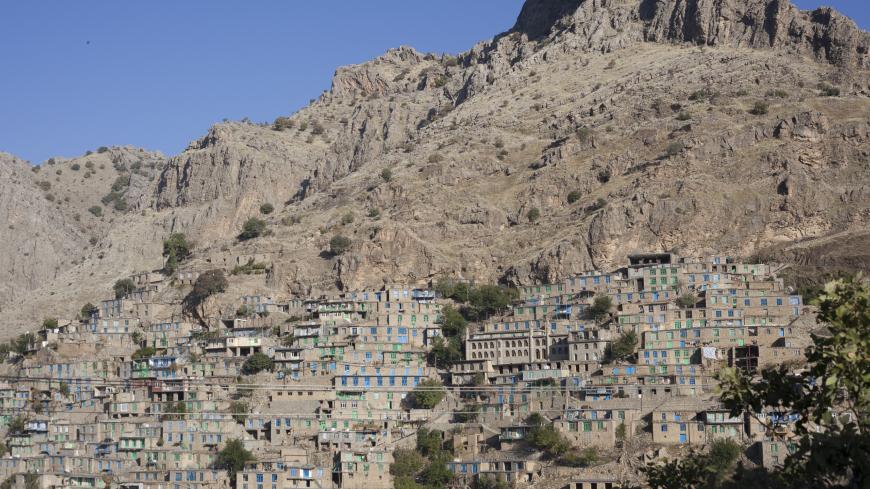 Located in Iran's Kurdistan province, 10 kilometers (6 miles) from the Iraqi border, Hawraman is an ancient village with an unfathomable uniqueness. Houses have been built on rugged mountains, where a family's rooftop serves as the upper neighbor's yard, making the entire village resemble a gigantic stairway from afar. Sitting right across from the village is a massive garden that has much in common with the Hanging Gardens of Babylon.

Lifestyle in Hawraman has dodged the waves of 21st-century technology that continue to hit communities across the world. The architecture is characterized by walls erected with stones that are not transferred to the site but extracted from the very mountain they are built upon. What makes the construction style exceptional is "weshka kalak" or the "dry walls," to which cement is a stranger. 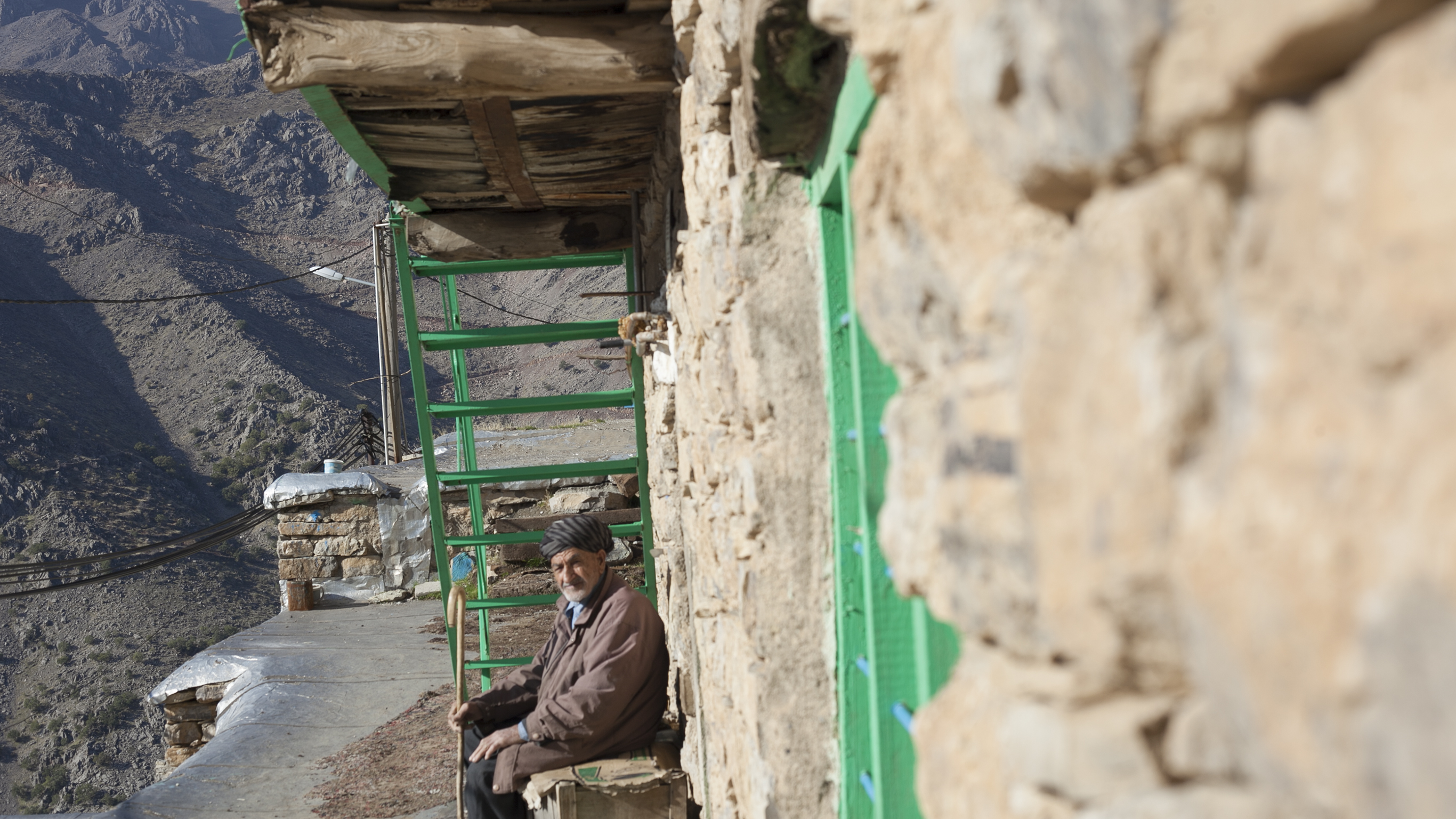 An elderly man sitting in his yard, which is his neighbor's rooftop.

Hawraman is also home to the ancient Pir-Shalyar wedding festival, an intricate set of rituals performed amid the characteristic harsh snowy days and nights. Starting on the 40th day of winter, the festival's different stages take place over three days during three consecutive weeks after the 15th of Rebandan (early February). Rebandan is a month in the Kurdish calendar that signifies a period when roads are typically blocked due to relentless snowing.

The exact historical context and origin of the ceremony continue to be an open debate among scholars. But what is performed annually is believed to be a centuries-old celebration of Pir-Shalyar's wedding, a revered white-bearded religious figure and community leader who enjoyed inexplicable mystic powers. One narrative has it that at some point in the 12th century, Shah Bahar Khatun, the blind daughter of the King of Bukhara (now a city in modern-day Uzbekistan), travels along with a convoy to Hawraman, where she regains her eyesight thanks to Pir-Shalyar's divine healing powers. To express her gratitude, she marries Pir-Shalyar, sending the entire village into several days of jubilation and a festivity mood.

There are also unsettled accounts as to what religion Pir-Shalyar followed. Muslim scholars, who insist he lived after the advent of Islam, have managed to introduce some Islamic elements into the ceremony. However, symbols of such ancient faiths as Mithraism and Zoroastrianism — two pre-Islamic religions — also abound and even outnumber the Islamic ones.

The three hectic days of the festival involve a strict order, in which every step is closely taken and labor is divided among all locals. Unlike many religious rituals across the world, the Pir-Shalyar wedding festival heavily engages children. In fact, they are the ones who usher in the festival. "Khabar" is the first stage when they spread the news of the wedding by distributing to all homes walnuts picked from an old garden believed to have been looked after by Pir-Shalyar.

Before sunrise on the Wednesday in the second week, children mount rooftops to chant a traditional song in Kurdish. Afterward, in what seems to share some elements with Halloween in the Western culture, they perform "Kota Kota," knocking on one door after another. Neighbors either offer some treat or have to face a sudden trick meant to scare them.

But that's not an end to the children's role. "Klawrochna" is another ritual they exclusively lead. The Kurdish word literally describes a hole on every rooftop that catches the sunlight and leads it inside. Children rappel down a bowl, expressing loudly a wish for the couple inside to have more children. In exchange, the dish is filled with dried nuts or wheat before being pulled back up. 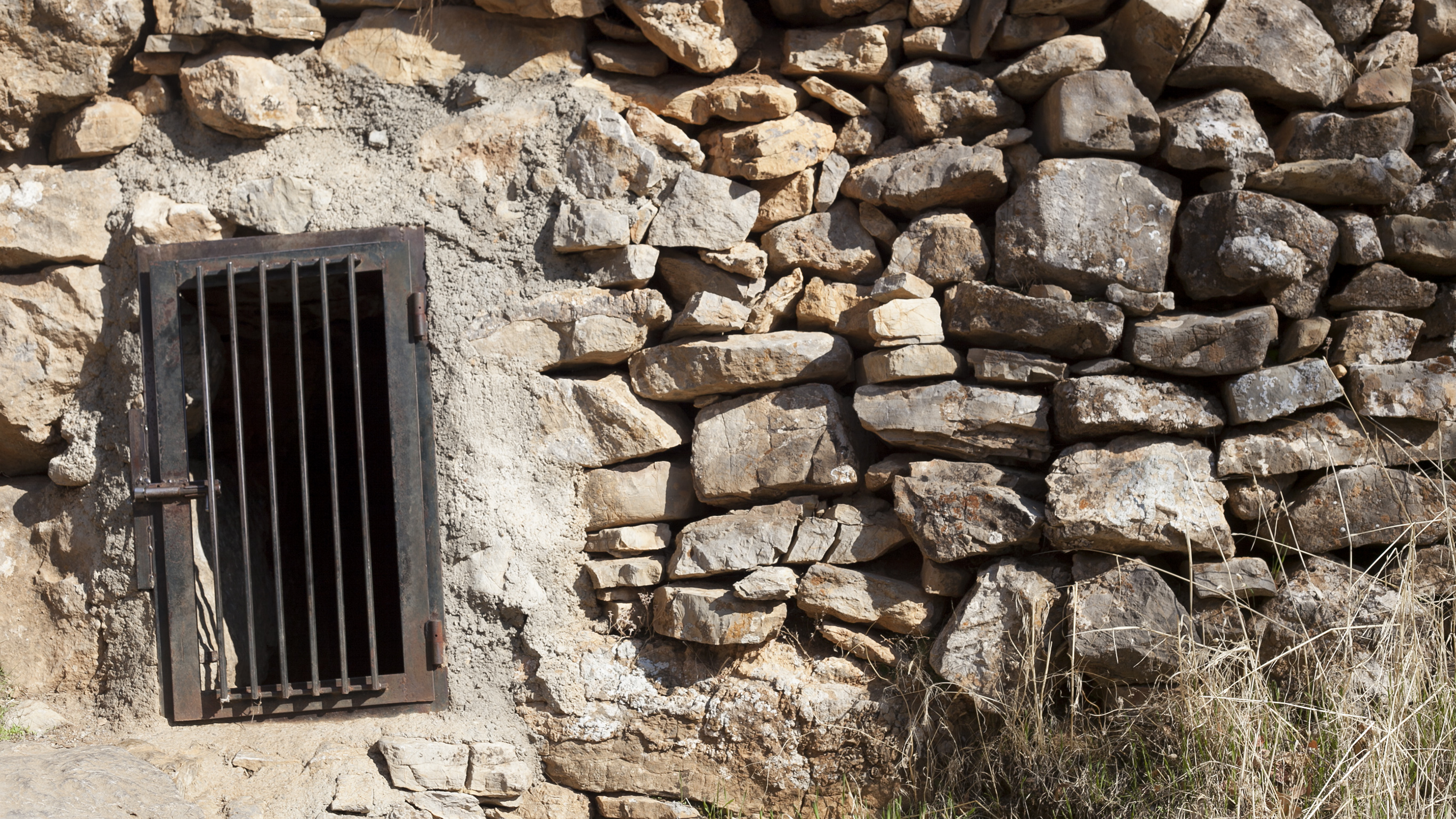 The place where Pir-Shalyar is believed to have used in seclusion for prayers.

Hadi, a father of two is happy his young kids always count the days before the festival starts. "Children observe their part with more excitement and enthusiasm year after year," he told Al-Monitor. The ceremony, from his point of view, is what constitutes the "identity" of locals in Hawraman.

The wedding festival gathers pace with the sacrifice of cows and sheep on the same morning. Part of the meat is handed to all families who in return offer a dish of ingredients to contribute to "hloshena tsheh" a collective meal cooked for everyone in the form of a stew that includes pomegranates and mountain vegetables. To mark the importance of equality, all villagers have the same share from the same food regardless of the class they hail from.

The meal is followed by a collective mystic dance or "zikr" performed by long-haired dervishes dressed in traditional Kurdish clothes. Arms chained, they chant hymns and play the daf (a traditional percussion instrument) in praise of Islam's Prophet Muhammad, as well as other mystic figures. The ritual is succeeded by an overnight vigil of poetry reciting at a place believed to have been Pir-Shalyar's home.

Symbols continue to show their palpable presence well into the closure of the ceremony that falls on the Friday of the third week. The concepts of light, livelihood and blessing are manifested in a special type of bread locally known as "geta mazhga" baked by women who have had a less colorful role until now. Wheat and walnuts make up the main ingredients of the sun-shaped yellow loaves of bread, which are served along with yogurt and handed to the crowds who have congregated at Pir-Shalyar's grave, where tribute is paid to the religious figure before the festival is wrapped up.

Poor accessibility and unsafe roads coupled with little knowledge about the ceremony had for long kept the Pir-Shalyar wedding festival a secret from both domestic and foreign visitors. In recent years, however, the village has turned into a popular tourist destination gradually rising from obscurity. Yet for a village that remains largely intact and maintains rigidity to modern technology, tourism could be tricky and double-edged.

Zhiwar, a local and student of geography, is concerned about what he finds to be an unregulated growing number of visitors attending the festival. "It is not a show but rather a celebration enshrined in our lives here. But with the increasing number of tourists, it is gradually turning into a street performance watched by spectators, which is not what it is meant for," he told Al-Monitor. 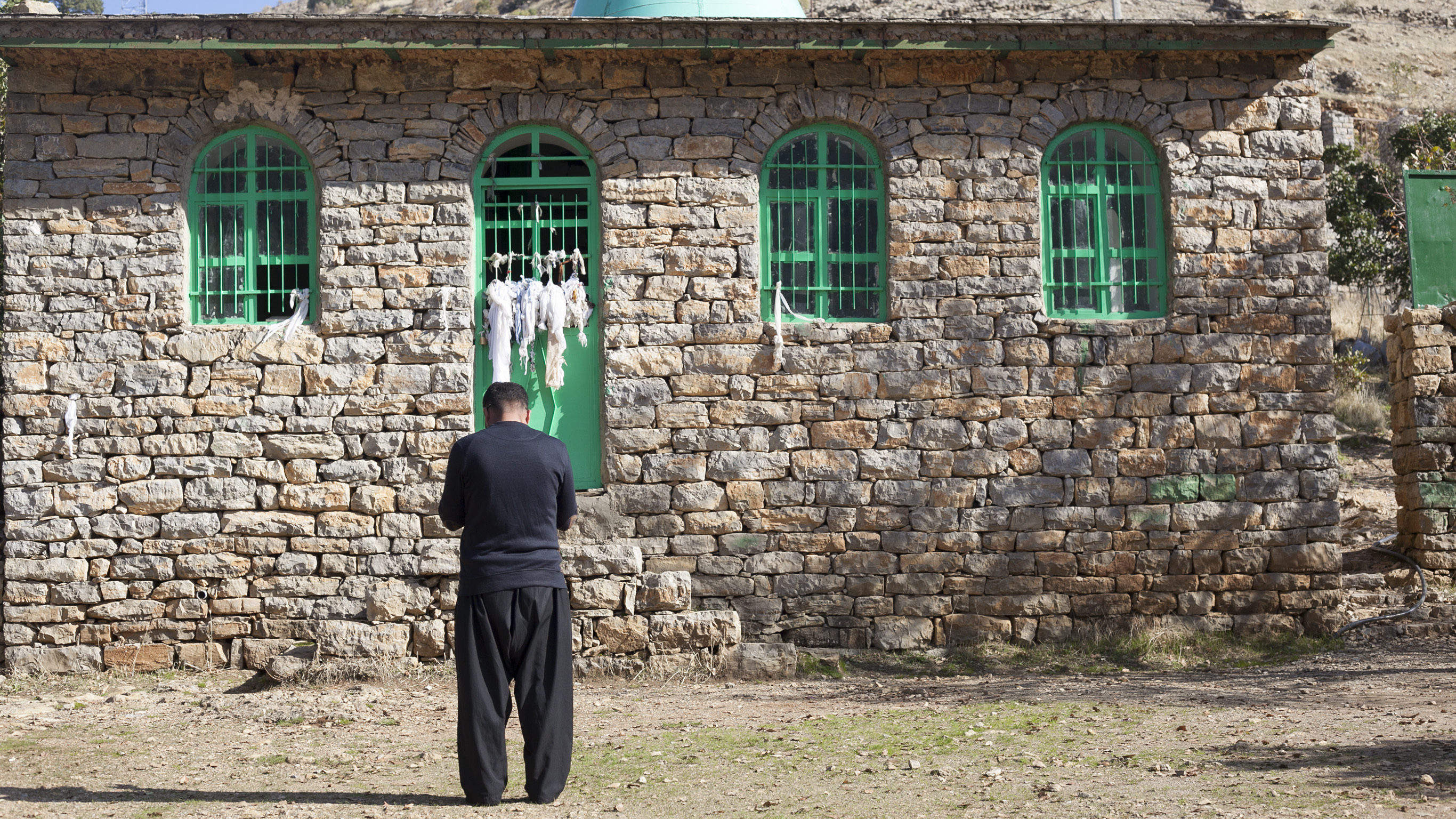 Farid, who owns a gift shop opposite the shrine's entrance, selling his own wood art and other locally produced handicrafts to visitors, laments how the festival is being "marred and harmed" by some tourists. "When they come, they keep jostling others to be part of the mystic performances, while they have little idea they are actually ruining it," he complained in an interview with Al-Monitor.

"It is our ceremony and they need to let it proceed the way it should." And that's not where it ends. "Some tourists leave behind lots of litter," Farid added. "They seem to be mixing it up with a Mediterranean beach, failing to understand that this is basically an ancient religious ceremony that invites utmost reverence."