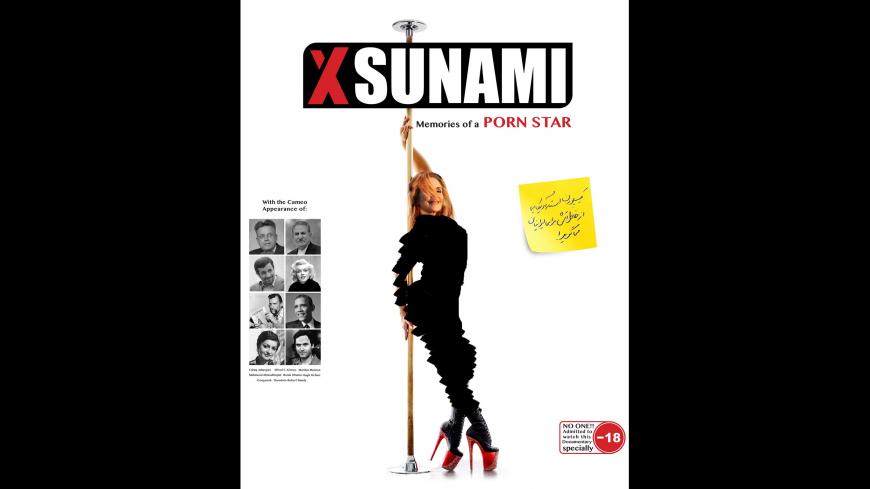 Mashhad, ironically, is one of the most conservative cities in Iran known for not allowing concerts to take place, leading those on social media to comment that an adults-only film was screened but concerts are forbidden.

The poster of the documentary shows an aged stripper leaning on a pole in a seductive pose with her body blotted out with a marker pen. On the left, there are black-and-white photos of famous US figures from the late Hugh Hefner, founder Playboy magazine, to former President Barack Obama.

“We wanted to have a first-hand narrative. Our narrator’s entire life has been tied to the sexual revolution, from childhood to adolescence and old age. The best person to narrate the history [of the sexual revolution] was this [person],” Aghaei, who has strong ties to the Cultural Front of the Islamic Revolution, told the conservative Jam-e Jam daily Nov. 11.

Mohammad Reza Borouni, the film’s producer, told the media Nov. 12 that the film intended to criticize sexuality in the United States, particularly sex education, an issue currently discussed in Iran.

“There has been sex education in the United States since 1981,” he said. “American society underwent a sexual revolution that resulted in rampant promiscuity and moral breakdown.”

He noted that the Iranian society, which has not undergone a sexual revolution, need not introduce sex education or adopt the American way of dealing with sexuality. “Some people who do not understand this complex issue try to oversimplify it,” he added.

Most of the conservative media praised the documentary. “This documentary is a candid account of the long history of American society's struggle with its laws to achieve sexual freedoms, and in some ways addresses the consequences of these unbounded sexual [liberties],” read a commentary in the conservative Khorasan newspaper Nov. 13.

The hard-line Fars News Agency, in a Nov. 19 article, described it as a warning against “normalization of [unacceptable] sexual behaviors in [Iran’s] society.”

Though most of the conservative media embraced the documentary, Kayhan, the mouthpiece of the hard-liners, remained exceptionally reticent toward it, accusing it of “spreading decadence.”

“Throughout the film, there are phrases, scenes and images displayed … which are problematic, and you can't even watch it with your family,” wrote Kayhan on Nov. 15, ignoring that the documentary was restricted to adults 18 years and over.

“Do all filmmakers [enjoy this sort of freedom] to make such a documentary and to screen it in cinemas?” IRNA, the official news agency of Iran, asked Nov. 11. This was a thinly veiled reference to another documentary, titled “Paternal House,” which focuses on the sensitive topic of “honor killings” in Iran. The film, the story of a father killing his daughter, was banned for 10 years but the ban was lifted recently.

The screening of “XSunami” in conservative Mashhad surprised many people. The conservative city has in the past banned concerts at the request of its hard-line Friday prayer leader Ahmad Alamolhoda.

On Nov. 10, the Ministry of Culture and Islamic Guidance announced that “XSunami” has no official permission to be screened in cinemas, urging the film to be forbidden for public screening in Mashhad, Esfahan and Tehran. This declaration targeted Hozeh Honari, one of the largest cultural institutions in the country that has more than 100 cinemas. Hozeh Honari is controlled by the hard-line Islamic Propaganda Organization that has a confrontational relationship with the Ministry of Culture and Islamic Guidance and often is at loggerheads with the government.

Faced with the government's reaction, Hozeh Honari stated that the documentary was screened for academics, not the public. But moderate website Asr Iran called this issue “as declaring autonomy by Hozeh Honari,” arguing that the move was an open challenge to the government.