Shelling by Turkey in northeastern Syria has damaged the main water station supplying Hasakah province, where thousands of people, including many fleeing the Turkish invasion to the north, are at risk of not having safe drinking water. 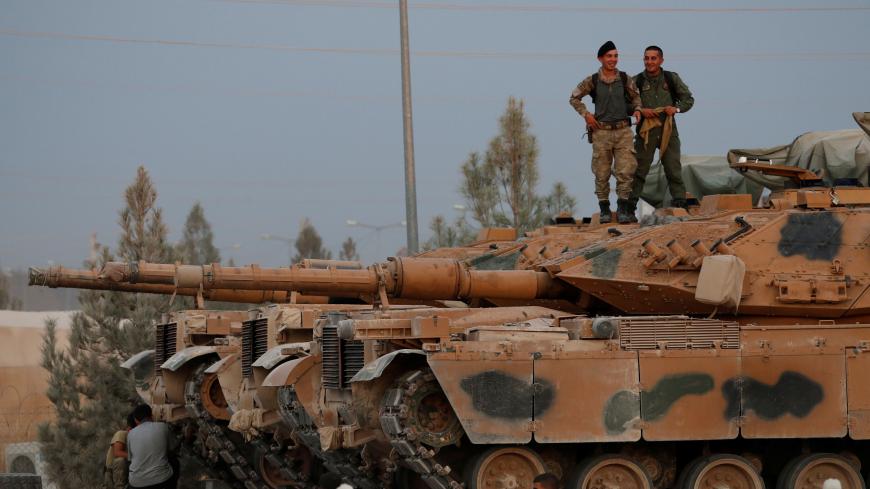 Turkish soldiers stand on top of a tank in the border town of Akcakale, Sanliurfa province, Turkey, Oct. 11, 2019. - REUTERS/Murad Sezer 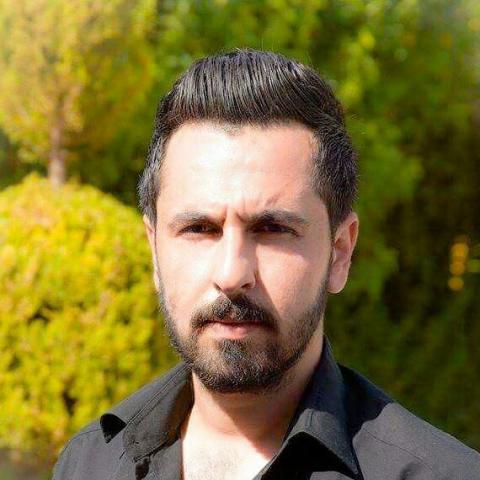 Civilians in Hasakah are running out of water more than a week after Turkish forces shelled the province's main pumping station, near Ras al-Ain (Sri Canet). The United Nations is negotiating with Ankara to allow repairs to the Aluk drinking water station, which officials of the Autonomous Administration of North and East Syria (Rojava) said Turkey targeted Oct. 10 with 10 shells. Three of the explosives fell on the station's pumping hall and hit power supply lines, knocking the plant offline.

Hasakah's Directorate of Water has warned that the water supply allocated for emergencies is running low. In addition to Hasakah residents, displaced people fleeing Turkish artillery and aerial bombardment of border areas are also being affected by the lack of water.

“We have been without water for four days,” Ibrahim Sheikho, who fled to Hasakah from Qamishli after the Turkish attack began, told Al-Monitor. “The people have complained and tried to get the attention of international organizations, but to no avail.”

“We are bringing salt water, which is not safe to drink and is harmful to children as well,” Sheikho added,

Suzdar Ahmed, co-director of the water directorate, told Al-Monitor, “We estimate that over 800,000 residents, including displaced people in the camps, benefit from the Aluk station.” She added, “Large numbers of displaced people have arrived in Hasakah, so water needs here have increased.”

The plant serves Tall Tamr, Hasakah, Hawl, Shaddadi, Arisha and Markadah in addition to the displacement camps in Hawl and Arisha. Ahmed said that her directorate has been distributing water from tanks after obtaining it from wells in the Tell Brak area.

Ahmed warned that because the Aluk station is the only significant water source in the area, nearly 1 million civilians might soon lose access to drinkable water. “The plant is fed by 30 wells distributed along 6 kilometers [3.7 miles] along the Syrian-Turkish border,” she explained.

The water directorate has appealed to international humanitarian organizations to provide safe passage for workers to reach the Aluk station to fix the supply lines and re-pump water to Hasakah city and all the other areas the plant feeds. Maintenance teams have managed to make a few repairs at the plant and to deliver some water to the city, but the fighting and shelling persist around the area.

Hasakah resident Mahmoud Khalaf confirmed the situation conveyed to Al-Monitor, stating, “The water has been cut off from most of the city since the Turkish army targeted the plant. Water needs have increased with the arrival of thousands of displaced people from border areas, and so far there is no solution in sight.”

Khalaf added, “We were promised water, but supplies were minimal and slow. The existing water isn't safe to drink.”

Turkey has targeted civilian water and electricity sources in the past. In March 2018, Turkish forces shelled the Aluk station, cutting water to Hasakah city and the surrounding countryside. In another incident, in May that year, Turkish border guards fired shots at workers who were trying to fix the plant at the Hilaliya water station in Qamishli after an electrical failure, injuring several workers.