The Syrian Democratic Council hopes to convince the Trump administration to rethink its withdrawal. 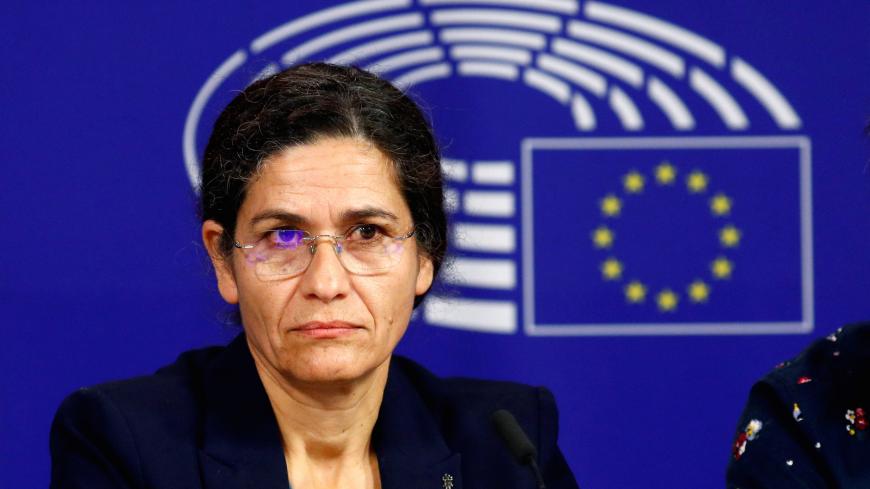 The United States’ Syrian Kurdish allies are in Washington this week in a last-ditch effort to salvage the fraying partnership.

Ilham Ahmed, the head of the Syrian Democratic Forces’ political wing, hopes to convince Congress and the Donald Trump administration to prevent Turkish airstrikes against the group. She is set to meet tonight with the co-sponsors of bipartisan sanctions Turkey legislation, authored by Sens. Chris Van Hollen, D-Md., and Lindsey Graham, R-S.C, before testifying Wednesday at a House Oversight subcommittee hearing on US policy in Syria along with military and humanitarian experts.

The visit comes as the United States has already withdrawn most of its troops from northeast Syria. Trump, however, is reportedly weighing keeping about 200 troops in the area to stop oil fields from falling into the hands of the Bashar al-Assad regime.

Prior to Ahmed’s arrival, the Syrian Democratic Council’s Washington office met last week with a handful of lawmakers from both parties to “mobilize the American public opinion about the real intentions of the Turkish state and its mercenaries in its aggression over areas of north and east of Syria,” the group said in a statement. The group’s US representative, Sinam Mohamad, notably met with House Foreign Affairs Committee Chairman Eliot Engel, D-N.Y., Rep. Scott Perry, R-Penn., and Sen. Jeanne Shaheen, D-N.H.

Meanwhile, other Syrian groups are applauding Trump’s decision to cut ties with the SDF’s main fighting force, the People’s Protection Units (YPG), while also encouraging the president to stay involved in Syria.

In an Oct. 17 letter requesting a meeting with Trump, the hawkish Citizens for a Secure and Safe America reminded the president that they support his getting the Nobel Peace Prize for warning Assad against attacking Idlib. Last month, the group hired former Rep. Luke Messer, R-Ind., now with Faegre Baker Daniels Consulting, who led the push to nominate Trump for the Nobel Peace Prize last year for the president’s negotiations with North Korea dictator Kim Jong Un.

“The YPG and other Kurdish militia [sic] are not angels,” wrote Citizens for a Secure and Safe America President Rim al-Bezem and board member Tarek Kteleh, echoing Trump’s own words about the former US ally. “They have committed their fair share of crimes against Syrian citizens.”

They go on to call for the creation of a no-fly zone over northeast Syria while endorsing the creation of a Turkish-controlled safe zone 20 miles into Syrian territory until a “free democratic Syria” is established.

“We ask that Turkey abide by their commitment to protect the Kurds, and that YPG be prevented from delivering the rest of the northeast region to the Assad regime, Iran and Russia,” they wrote. “Iran remains the biggest threat to America’s national security and should be prevented from establishing its land bridge to the Mediterranean.”

To read our complete coverage of lobbying by Syrian groups, register here for free.

Jack Detsch contributed to this report.