Russia has 3 messages for Turkey over operation in Syria

Russia has its eye on long-term opportunities following Turkey's operation in northeast Syria. 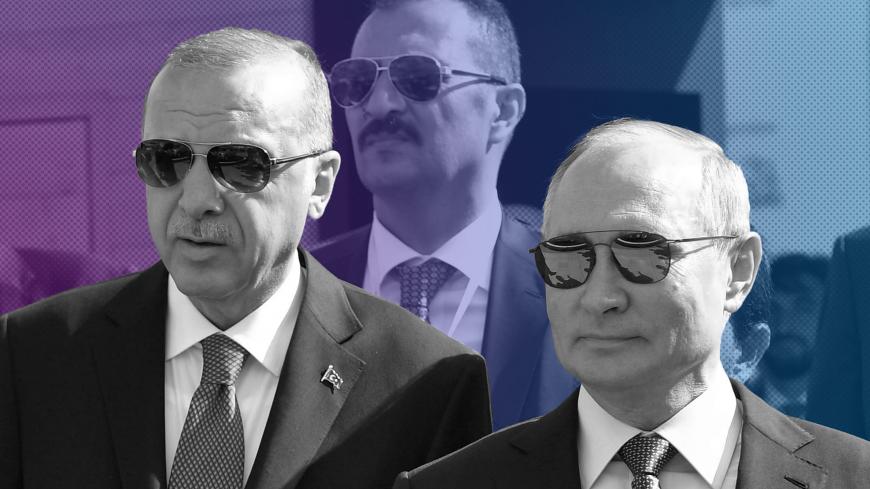 Hours after Donald Trump threatened to "obliterate" Turkey's economy should Ankara do anything that he considers "off limits," Moscow struck a different tone. On Oct. 7, Kremlin spokesman Dmitry Peskov, following the drawdown of US troops and the launch of the Turkish operation, reiterated Russia’s recognition of “Turkey’s right to ensure its security,” but conditioned it with several important don’ts.

“We haven’t been informed on the American pullout," Peskov said. "But you know, there were different statements about withdrawals from other parts of the world that have never materialized. We are observing the situation carefully.” He also denied that Vladimir Putin and Recep Tayyip Erdogan had discussed Ankara’s plans to carry out a military operation in northeastern Syria. Yet he did say that the “Russian and Turkish militaries and intelligence agencies maintain close contact.”

In this tug of war for Turkey, Russia has positioned itself as a more pragmatic, predictable and “delivering” partner than the United States. Such was the case with the sale of the S-400 to Turkey.

In dealing with a difficult actor like Turkey, Russia has learned three things. First, you need to demonstrate empathy on issues that are sensitive and important to Turkish security. Second, clearly outline your own red lines and a corridor of opportunities for future cooperation on these issues. Third, take advantage of mistakes made by the other party whose position is important to Ankara — the United States — and use the contrast to your advantage. The statement by Kremlin’s spokesman reveals the ABCs of Russia's approach to Turkey.

Despite its wise posture on the issue, Moscow is wary that the Turkish operation may upset its own important projects, among them Russia's brainchild, the Syrian Constitutional Committee.

“It is important to refrain from any actions that may create obstacles on the path of Syrian settlement," Peskov said. "We know that certain perspectives are opening up and we understand that it will be a long and thorny path. And now that the Syrian Constitutional Committee has been formed and when the date for its meetings has been appointed, it is vital to refrain from any steps that may harm Syrian settlement."

Russia’s primary concern is the future of the committee, and it is sending a message to Turkey that its offensive in northeast Syria must not impede the committee's progress. Russia also wants to convey to Turkey a message regarding the commitment made by the "Astana guarantor states" — Russia, Turkey and Iran — to preserve Syria's territorial integrity.

Although it sounds like Russia is persuading itself with this statement — and wanting Turkey to hear it — the statement also reflects a worry of the Kremlin's, that the Turkish operation may reinforce the trend of Kurdish separatism, or perhaps lead to a lasting foreign occupation of Syrian territory.

A source in the Russian military told Al-Monitor, “Turkey is now willing to do on its own what the Americans have failed to provide to it via their joint 'safe zone' thing. It may drag the situation out of a stalemate where it’s been for a long while. The fight for control in that area was long coming; now it’s time for a face-off. But we need to keep an eye on these guys, you know. If running unchecked, Erdogan may wreak some unnecessary havoc.”

Regarding the concern over a potential occupation, Peskov reiterated another Russian principle on Syria, that “all foreign troops illegally present in Syria must leave the country." In policy terms, this means Russia expects Turkey to “satisfy its security need,” but to not maintain a permanent military presence in Syria. This is where the Kremlin is likely to draw the line, but this is also where Moscow expects to play a bigger role. By not preventing Turkey from launching its military offensive, Russia exploits Washington’s wedges with both Ankara and the Kurds. Russia expects, and not without good reason, to subsequently lead a two-track mediation between the Syrian government and the Kurds, and Damascus and Ankara.

Given the current circumstances, a discussion of a return to the Adana agreement, which Putin reinitiated at the latest Astana trio talks in Ankara, looks even more logical now. Putin brought up the idea publicly earlier this year at a meeting with Erdogan in Moscow and has meticulously promoted it ever since. Turkey's operation will end one way or another, but a subsequent political solution should frame the situation on the ground. Moscow expects Ankara to embrace the Adana agreement as the basis for such a solution, which is Russia's third message to Turkey.

Al-Monitor reported in September that during the Ankara summit, Iran's President Hassan Rouhani supported the Adana agreement. Rouhani said it was potentially “a good template to use to lift mutual [security] concerns and [bring about the] beginning of the end of a bitter era [between Syria and Turkey].”

Russia’s approach to Turkey’s offensive in northeast Syria is in line with its “all things to all men” philosophy in the Middle East. Until now the philosophy has borne some fruits for Russia, which expects it to work this time as well.