Why Palestinian businessmen will visit Russia

As part of efforts to achieve economic disengagement from Israel and find new markets, a Palestinian delegation will visit Russia in November with the goal of boosting bilateral trade. 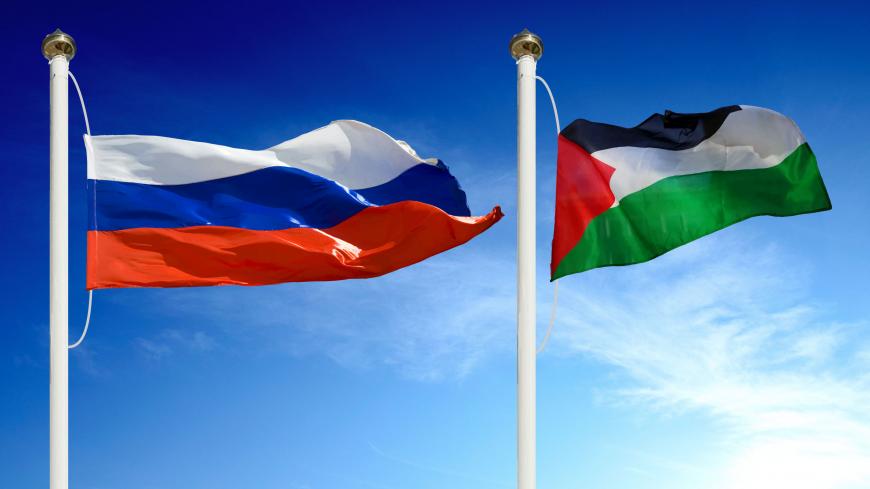 GAZA CITY, Gaza Strip — The Palestinian government continues to endeavor to find new markets to export its products and to import raw materials as an alternative for Israeli ones. The Russian market took the lead, particularly since the Russian-Palestinian political relations have developed over the past few years.

The search for new markets is part of the government's strategic plan, announced in May, to achieve economic disengagement from Israel. The plan has angered Israelis who threatened Oct. 25 to prevent the Palestinians from exporting their products in case their government continues to prevent entry of some Israeli commodities onto the Palestinian market.

The trade volume between the Russians and the Palestinians is limited presently, amounting to $41 million over the past three years, according to Palestinian official statistics that Al-Monitor secured a copy of. Russian exports to the Palestinian territories mainly focus on wheat, edible oils, crude oil and construction materials, while the Palestinians export to Russia some agricultural products.

Palestinian Minister of National Economy Khaled al-Ossaily met Oct. 24 with the legal affairs and international activities department director at the Russian Ministry of Labor and Social Protection in Ramallah. The two sides discussed mechanisms to boost trade exchange and incentives on the import of raw materials needed for the Palestinian industries.

They stressed the importance of the joint economic committee, established on April 13, 2015. The committee met three times — in 2016, 2017 and 2018 — and is scheduled to convene Nov. 20 in Moscow in the presence of a Palestinian economic delegation involving delegates from multiple ministries and businessmen.

Azmi Abdel Rahman, director general of the General Directorate for Planning and Policy at the Palestinian Ministry of National Economy, told Al-Monitor, “The Russian market is of major economic importance for Palestinians, especially for the Palestinian exports and the import of raw materials [to the Palestinian territories]."

Abdel Rahman noted that the Palestinian exports to Russia are centered on agricultural products, while the Palestinians import wheat, crude oil, construction materials and wood products from Russia. He pointed out that three agreements in the customs and information exchange fields will be signed in Russia Nov. 20, in addition to another agreement with the Palestinian Businessmen Association.

The anticipated agreement on customs matters, whose provisions were drafted in November 2018, seeks to exempt some Palestinian exports to Russia and Eurasia from customs duties. Speaking to Al-Monitor on condition of anonymity, an official at the Russian Embassy in Ramallah said in August that the joint committee will examine a Palestinian request for Russia to fund an industrial zone in Nablus.

Jamal Jawabreh, secretary-general of the Federation of Palestinian Chambers of Commerce, Industry and Agriculture, told Al-Monitor that the visit to Russia, which he will be a part of, will discuss funding an industrial zone in Nablus and new Russian markets for Palestinian exports, especially industrial and agricultural products.

He said that Russia has been interested in importing Palestinian vegetables and fruits since 2015, which it used to bring in from Turkey. Yet Turkey shooting down a Russian warplane in 2015 and the subsequent Russian economic sanctions against Ankara caused Russia to resort to the Palestinian market, which in turn increased the Palestinian agricultural exports to Russia.

The two sides signed in November 2018 a road map designed to develop trade and economic cooperation in 2019-21, assist commercial businesses in the two countries and stimulate the economic activities of Palestinian and Russian companies.

Speaking to Al-Monitor, Samir Abdullah, senior researcher at the Palestinian Economic Policy Research Institute - MAS, said that the PA is willing to benefit from the growing political relations with Russia to boost trade exchange. This is true particularly since the PA is convinced that Russia can put pressure on Israel in order to prevent it from meeting its threats of obstructing the export of Palestinian goods and imports.

The declining US role in the Palestinian-Israeli dossier is seemingly an opportunity for the Russian and Palestinian sides to increase bilateral political and economic relations, which the exchange of visits in the past two years point at.