Israel’s ill repute for political corruption has an additional aspect: Capitalizing on their Jewish origins, criminals from other countries are finding a safe haven in Israel from law enforcement authorities abroad who prefer these criminals remain in Israel. 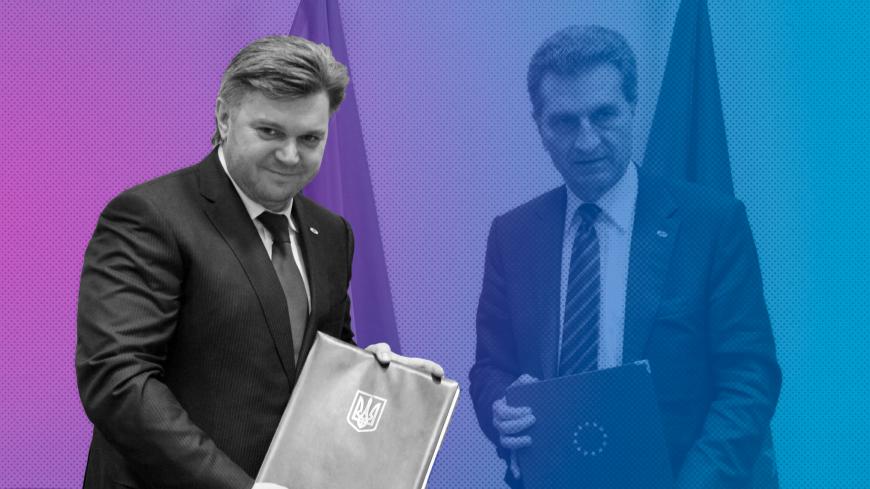 It is too soon to determine whether Benjamin Netanyahu will end his career in the Prime Minister’s office or in court. Nonetheless, the draft indictments against him and investigation materials published over the past year sending shockwaves around the world are tarnishing Israel’s proud image of which it has long boasted as “the only democracy in the Middle East.” Netanyahu’s abuses via-a-vis the media and relentless attacks he and his eunuchs (messengers) direct at the country’s law enforcement authorities are reflected in the international Corruption Perceptions Index that ranks the perceived corruption level on a scale of 1-180, with the 180th spot being considered the most corrupt state. In the 2018 index, Israel came in 34th place after Qatar (33rd) and the United Arab Emirates (23rd).

An additional aspect has emerged in recent years in Israel’s tarnished reputation for probity and integrity, which is also linked to the questionable links between wealth and political power. Capitalizing on their Jewish origins, business people and even high-profile Russian and Ukrainian politicians are finding sanctuary in Israel and evading law enforcement authorities in their countries.

One of the most prominent is former Ukrainian Energy and Fuel Minister Eduard Stavytsky, who was suspected in a multimillion-dollar corruption affair. Stavytsky fled to Israel after the 2014 revolution in his country and changed his name to Nathan Rosenberg, just to be safe. Another example is Israeli-born businessman Ilan Shor, sentenced in Moldova in 2017 to 7½ years in jail for stealing from three banks. According to Moldovan news reports, based on an Interpol arrest warrant, Shor escaped to Israel.

Some criminals who made use of their Jewish origins to obtain an Israeli passport continued their thriving careers in the Holy Land. Gregory Lerner, who found shelter in Israel from suspicion of corruption in the former Soviet Union, was convicted of defrauding investors in Israel and allegedly tried to bribe local politicians. A 2017 amendment to the law, sponsored by the Yisrael Beitenu party of Moldovan-born, former Foreign and Defense Minister Avigdor Liberman, has turned the Israeli passport into a commodity traded by criminals too — if they are Jewish, of course.

This 2017 amendment, which entitles Jews to an Israeli passport even if they have never really lived in the state of the Jewish people, was approved despite objections on the part of the police and the Ministry of Internal Security. According to the amendment, the interior minister must produce a passport to new immigrants who arrived in Israel by the Law of Return, even if the person did not settle down in the country. Until then, a Jewish person who arrived in Israel needed to wait at least a year after his arrival to ask for a passport, and his request was dependent on him proving that he had made Israel his permanent home for the whole year.

An opinion compiled that year (2017) by the Israel Police Investigations and Intelligence Department warned that there was a real danger that immigrants from the former Soviet Union “will want once again to exploit Israel and its national passport, as they have in the past, for illicit purposes.” This would harm both the public welfare and Israel’s image, the police warned. Liberman, most of whose constituents at the time were mostly immigrants from the former Soviet states, dubbed the position paper a “hate crime” and accused its authors of racism.

But trading Israeli passports started much earlier than 2017. In 2004, the Knesset approved an amendment to the law enabling to provide Israeli passports through a special procedure and upon a recommendation by one of the relevant ministers to people who "contributed greatly to the economy of Israel." In other words, the special procedure enabled authorities to grant Israeli passports to Jewish philanthropists. Three years later, in 2007, the Knesset approved a second amendment to enlarge this special procedure to include people contributing to the strengthening of the ties between Israel and the Jewish diaspora — in other words, passports were awarded not only to Jewish philanthropists who donate money to Israeli institutions but also to donors of synagogues on the other side of the world.

A 2014 expose on the 2004 and 2007 amendments by Maya Zinshtein aired on Russian-language Channel 9 television. It revealed that several ministers had recommended over the years that passports be issued to wealthy Jewish donors, including people who had never settled down in the country. Speaking at a Knesset meeting on the issue, Zinshtein revealed that while serving as diaspora minister, Yuli Edelstein made 49 such recommendations; Eli Yishai in his capacity as interior minister gave 33 recommendations; immigration and absorption minister Sofa Landver gave 21 recommendations; and Gideon Saar as education minister gave 17 recommendations. The correspondent herself was offered a passport, which she would get within less than a month if she donated $400,000 to the Yad Vashem Holocaust Memorial and paid an intermediary $20,000 in fees.

The former Soviet Union is not the only case in point. The story of Eddy Avitan, caught in September 2019 on camera in the television audience of the season finale of "Master Chef" cheering the contest winner — his wife, Vanessa Vidal-Avitan — placed a spotlight on another criminal immigrant's country of origin, France. The next day, Channel 13 correspondent Emmanuelle Elbaz-Phelps reported that Avitan had been sentenced in France to six years in jail on charges of fraud (along with Netanyahu’s friend French-Jewish Arnaud Mimran). Since Avitan appealed his conviction, France did seek his extradition from Israel. According to the report, in February 2018, Israel’s Ambassador to France Aliza Bin-Noun estimated in a Channel 10 interview that at the time there were over 10 French extradition requests for suspects or convicted criminals living in Israel and additional extradition orders were expected. Former Police Superintendent Alan Avshalom, who headed the French desk in the Police's International Affairs department, said on that same program that at least four people indicted in the Sting Operation of the Century, one of the biggest corruption scandals Europe has known in decades, were living in Israel. He estimated that additional suspects, whom French authorities had not had time to indict, have also landed in Israel.

Attorney Gal Levertov, former head of the international department in the State Prosecutor’s Office and author of the Hebrew-language book “Criminals without Borders,” told Al-Monitor this week that following an amendment to the law in the late 1990s, Israel is extraditing more criminals than it did before. However, he added, the main problem lies with criminals who are not sought for extradition and turn Israel into their base of operations. Often, authorities in their countries of origin would rather get rid of such people and avoid exhaustive extradition requests.

The affair of Malka Leifer, suspected in Australia of sexually abusing girls in the school she ran there, also serves as a clear illustration of the ugly side effects of the combination of politics and the Law of Return, which automatically grants Israeli citizenship to any Jewish person. Due to her Jewish origin, Leifer found shelter in Israel. Due to her affiliation with the ultra-Orthodox community in Israel, she has been getting special and apparently illegal treatment by Deputy Health Minister Yaakov Liztman of Yahadut HaTorah, who reportedly intervened to block Australia’s extradition request for her. Leifer has been living in Israel for 11 years and has been the subject of Australian and world media interest since her imprisonment here in 2018.

On Oct. 24, Australian Prime Minister Scott Morrison said he had met with two of the complainants against Leifer and had then spoken to Netanyahu. The friendship between Australia and Israel, he said, was based on many things, “including our shared commitment to justice, democracy and the rule of law.” Morrison does not appear to be up-to-date regarding Israel’s side of this commitment.

On Oct. 30, Israel Supreme Court Justice Esther Hayut addressed all those entrusted with the enforcement of the law with its safekeeping and with the protection of an independent legal system. Warning against the campaign waged these days by politicians against the legal and law enforcement systems, Hayut warned, “These days, unprecedented in our political history, require all of us to stand firm and to do our work without fear.’’