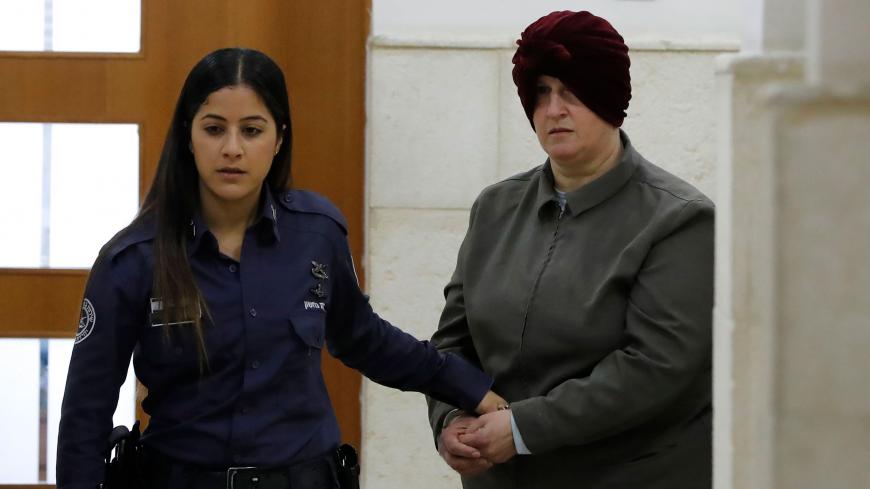 Malka Leifer, a former Australian teacher accused of dozens of sexually abusing students, arrives for a hearing at the district court in Jerusalem on Feb. 27, 2018.

Israel has extradited an Australian educator accused of sexually abusing her former students.

Leifer was the principal of the Jewish school Adass Israel in Melbourne. The charges pertain to the alleged abuse of three children between 2001 and 2008, according to The Australian news outlet the Sydney Morning Herald.

In 2008, she fled to Israel, where Jews from around the world have a right to immigrate and obtain citizenship under the Law of Return.

The extradition culminates years of legal battles surrounding Leifer’s alleged abuses. Australia has been seeking her extradition from Israel for years. In 2015, the school was ordered to pay $1.1 million in damages to the victims. In 2016, an Israeli judge deemed her mentally unfit to face extradition. She was then arrested in 2018 after police found her living in the West Bank settlement Immanuel, according to the Herald.

Leifer first flew to Frankfurt, where she had a connecting flight to Australia, according to the Israeli news outlet Ynet. People arriving to Australia must undergo a strict two-week quarantine under guard.

Her lawyers will request she serve any sentence in Israel, according to the AP.

Israel has extradited criminal suspects who fled there under the Law of Return in the past.