A controversial movie about an honor killing has been removed from Iranian theaters after pressure from infuriated hard-liners. 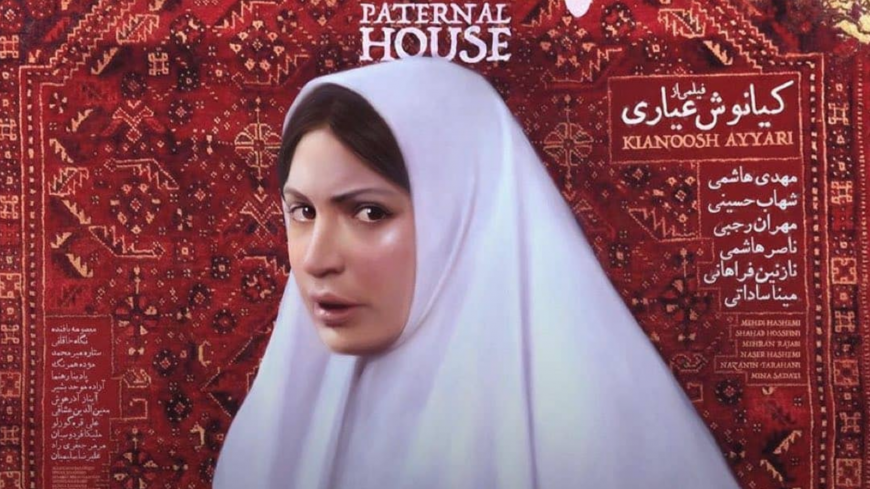 A promotional image for "The Paternal House" by Kianoush Ayyari. - FACEBOOK/Azad News

Since its completion nearly a decade ago, "The Paternal House" has been surrounded by controversy. The film was directed by acclaimed Iranian filmmaker Kianoush Ayyari, who is known for his explicit realism.

Set in a traditional house in Tehran, Ayyari's drama chronicles 70 years in the life of a family ruled by strict patriarchy, and how the curse of an honor killing haunts one generation after another. The climax is the murder of a female character by her father and brother, who dump the body in the basement, which serves as a horrifying symbolic spot for a suicide and a deadly stroke years later, both triggered by the original killing.

In the official trailer, a female character is heard speaking of the "blood that is unjustly shed" and how its omen may continue until "doomsday." During the 100-minute portrayal, the 68-year-old director questions what he deems a dangerous traditional order that has thrust the Iranian woman into endless anguish.

It took the producers of the "The Paternal House" more than four years to receive an official permit for public screening. But the 2015 debut proved short-lived. On the first day, the movie was taken off the silver screen.

The ban remained in force until last week, when the Iranian Culture Ministry revoked it after the producers gave in to a series of "corrections" to scenes considered "graphic." A 15-rated screening was thus authorized for a limited number of theaters as of Oct. 23.

The edited version still drew the ire of many of Iran's powerful hard-liners. The pressure built to the point where it prompted the judiciary to intervene and reinstate the ban. Explaining the decision, the office of Iran's public prosecutor cited the producers' failure to "remove certain scenes" as agreed upon. In a statement released to the media, the office did not specify those scenes but said the movie had received a "very negative" backlash and would jeopardize the "Iranian society's mental health." It also announced that the production team would face legal prosecution. The film department of the Iranian Culture Ministry, which had issued the permit, stressed that the edited version did not bear any disturbing scenes.

The cuts seemed not to have allayed the concerns of the hard-liners, as the theme of honor killing was still central to the storyline. They did press ahead with their unrelenting criticism, slamming what they saw as a "sickening" and "black" depiction of Iran's Muslim society. And they did triumphantly exult in the announcement of the ban. "It is proof that our pressure works, that there is rule of law in this country," one of the film's opponents tweeted, "and that we are still there not to let a small group slime this country's culture."

On the day the ban was renewed, a screengrab went viral from a movie aired by the state TV, which is entirely controlled by hard-liners. Explicitly showing the gallows and a moment a character was being hanged to death, the picture was referenced by many as a symbol of the judiciary's "double standards." They argued that in a country where some executions are conducted publicly, the judiciary's worries about graphic scenes in a movie are pointless and merely political.

The ban also stirred up older debates on Iranian women's rights in a clergy-controlled society. Picking up on that, some noted that the motive behind the measure was the movie's challenge to the conservative establishment through highlighting an honor killing. By bringing down the film, an Iranian journalist wrote, the judiciary "swept the issue of honor killing under the rug" in the same way, ironically, the murderers desperately did in "The Paternal House."