Congress is cracking down on Saudi Arabia for allegedly helping its citizens escape the US criminal justice system. 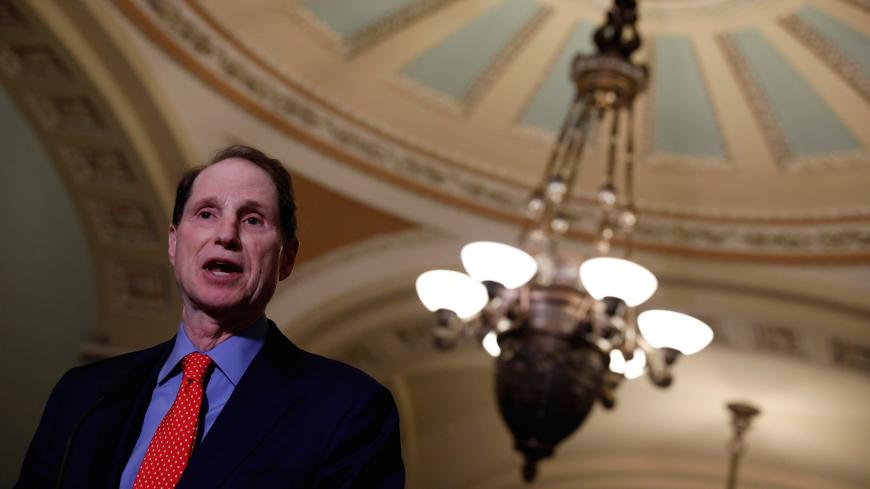 Senator Ron Wyden (D-OR) speaks to reporters on following a policy luncheon on Capitol Hill in Washington, D.C., US, May 9, 2017. - REUTERS/Aaron P. Bernstein

Congress is drawing up legislation to hold Saudi Arabia accountable for allegedly whisking its citizens out of the United States after they run afoul of the criminal justice system, some of whom are wanted for manslaughter, rape and child pornography.

The Senate on Thursday unanimously passed the Saudi Fugitive Declassification Act, the latest legislative salvo targeting the kingdom as it continues to hemorrhage credibility on Capitol Hill.

The bill, introduced by Sen. Ron Wyden, D-Ore., would require the FBI to declassify “any and all information” regarding Saudi efforts to extricate their citizens while they were “awaiting trial or sentencing for a criminal offense committed in the United States.”

“These are not academic matters, and this is not about a series of victimless crimes,” Wyden said on the Senate floor shortly before his bill passed. “When individuals charged with egregious, violent crimes manage to escape — and when the United States government fails to do much of anything about it — it undermines public safety and harms the US justice system.”

Assuming the bill also passes the House with a veto-proof majority, the FBI declassification could prompt Congress to pass harsher legislation cracking down on Riyadh for allegedly spiriting Saudi students charged with serious crimes out of the United States.

Wyden and his fellow Oregon Democrat, Sen. Jeff Merkley, first introduced a series of harsher bills earlier this year after The Oregonian published a series of reports outlining Riyadh’s suspected role in helping at least 25 Saudi suspects flee the United States and Canada.

The Oregonian’s investigation began after a Saudi college student allegedly killed 15-year-old Fallon Smart in a hit-and-run incident. The Saudi consulate in Los Angeles provided the student, Abdulraham Sameer Noorah, with private defense attorneys and posted $100,000 for his bail. After his release on bail, Noorah sliced off his ankle tracking monitor, obtained a fake passport and reemerged in Saudi Arabia after fleeing the country on a private jet.

Should the Justice Department provide information on the cases, Wyden and Merkley could move forward with harsher legislation.

Wyden’s Preserving American Justice Act would ban visas for descendants of King Salman bin Abdul-Aziz Al Saud as well as members of Saudi Arabia’s Council of Ministers and their immediate family members until Riyadh extradites the suspects to the United States. It would also remove US tax exemptions for the Saudi sovereign wealth fund as long as Riyadh continues helping suspects flee.

For his part, Merkley succeeded in adding a provision to the annual State Department funding bill in September that would require Attorney General William Barr and Acting Director of National Intelligence Joseph Maguire to report to Congress on the role Saudi diplomats have played in removing suspects from the United States.

And Merkley’s Escape of Saudi Nationals Act would shut down Saudi Arabia’s Los Angeles consulate unless it expels any diplomats involved in helping the suspects flee. Upon introducing the bill, Merkley likened the consulate’s “flaunting of diplomatic norms” to Saudi Arabia’s assassination of journalist Jamal Khashoggi at its Istanbul consulate.

In fact, Senate Foreign Relations Committee Chairman James Risch, R-Idaho, included Merkley’s Escape of Saudi Nationals Act in a bill that would have sanctioned Saudi Arabia for the Khashoggi murder. However, Risch withdrew the White House-backed bill after committee members amended the legislation with more stringent sanctions that had drawn a veto threat from President Donald Trump.