Qatar is increasing its investments and aid to Somalia, with plans to expand more in West Africa in the future. 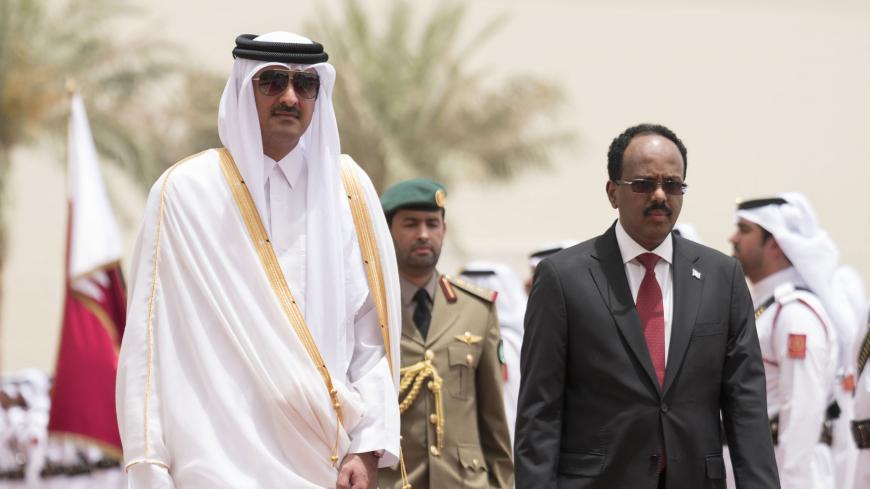 Qatar’s plans to construct a port in the Somali town of Hobyo is the latest step in its aid and development vision in the Horn of Africa, helping to consolidate its relations in the wider region.

Qatar’s Ministry of Transport and Communication Jassim Saif Ahmed Al-Sulaiti stated on Aug. 19, “The port will achieve multiple economic benefits for Somalia in terms of investment returns and major business opportunities that the port will offer by bolstering the commercial relationship with new markets in Africa and access to global markets, in addition to providing maritime services to vast areas in Somalia.”

Boosting Qatar’s development capabilities across the region, assistant professor at King’s College London Andreas Krieg told Al-Monitor the port will serve as a logistical hub for transhipment to the Hamad Port to increase wider aid deliveries to the region.

This comes amid other Qatar-Somalia developments, particularly as Qatar in July transported 12 terror attack victims from Somalia to a hospital in Doha while Qatar Airways in the same month commenced operations in Mogadishu.

“The State of Qatar and East African nations enjoy close and distinguished relations based on historical ties and a common desire to achieve economic, educational and social prosperity for the people of the region. For example, the Qatar Fund for Development has contributed grants and concessional loans to East Africa that exceeded $4 billion over the last eight years,” Lolwah al-Khater, spokesperson for Qatar's Ministry of Foreign Affairs, told Al-Monitor.

“As for Somalia in particular, we reaffirm Qatar's commitment to supporting the nation as it works relentlessly to fulfill its peoples' hopes and aspirations, and we look forward to continuing to further and deepen cooperation on trade, development and other sectors,” Khater added.

Doha previously played a limited role in the region, focusing on economic development; that role has gradually expanded, and it looks set to develop even further.

“Peacekeeping was initially Doha’s sole agenda in the region. [It] had limited influence at first [as a small country] and initially was arguably seeking to work beyond its own means,” director of Gulf Studies at Qatar University Mahjoob Zweiri told Al-Monitor.

Qatar initially committed peacekeeping forces to Somalia and on the Eritrea-Djibouti border in 2010 during a dispute over border territory following a 2008 conflict over boundaries, which Qatar also mediated.

Yet Zweiri stated that as Doha developed more experience in the region, it realized economic developments were crucial for state-building and stability.

“Since then, there have been gradual increases in ties. By 2016, investment across the continent from Qatar’s Investment Authority had delivered over $35 billion to African states, particularly focusing on resource and infrastructural development,” said Zweiri.

“When there is economic stability, there is greater potential for peace, and for Qatar to increase its ties and cooperation with different regional states. The Hobyo port will provide more jobs, more opportunities for people and long-term economic development,” he added.

After Somalia refused to support Saudi Arabia, the United Arab Emirates (UAE), Egypt and Bahrain’s blockade on Qatar, the UAE particularly became angry and cut ties with Somalia, also ending its humanitarian and security projects in 2018. Meanwhile, Abu Dhabi has sought to divide Somaliland and Puntland in order to further weaken the Mogadishu government’s authority and secure its own commercial and port interests. This created an aid vacuum in Somalia, which Qatar has sought to fill.

Eritrea, which also relies on a lot of Saudi and Emirati investments, had cut ties with Qatar after the 2017 Gulf crisis, making it harder for Qatar to maintain its peacekeeping forces on the Djibouti-Eritrea border, with Doha’s troops pulling out.

But the Gulf crisis has not prevented Qatar’s bid to establish greater regional relations.

“There have been attempts by the UAE and Saudi Arabia to block countries doing business with Qatar, but it has not really led to anything. Qatar has been far less aggressive in its foreign and trade policy than the UAE and Saudi Arabia and has therefore been able to maintain good relations with different parties, even the military regime in Sudan,” said Krieg.

Due to Qatar’s less aggressive regional stance, Ethiopia has shown increasing warmth toward Qatari investment, which has marked further Doha-backed development projects this year including building a hospital in the capital, Addis Ababa.

Despite further pressure to sever ties with Doha, Somalia has not buckled, rejecting in May a Saudi offer of $80 million to cut relations. Mogadishu had drifted closer toward Qatar after Abu Dhabi cut its investments.

Certain regional and global powers like the UAE and China have sought greater influence in the Horn of Africa, yet Krieg said Qatar is focused more on humanitarian motives rather than on a “war over ports.”

“Popular narratives in the press that Qatar is involved in some battle for competition in the region with the UAE and Saudi Arabia are exaggerated. While the UAE heavily invested in secessionist communities in Somalia in an effort to solidify its reach into the Indian Ocean and access to vital shipping lanes around the Horn of Africa, Qatar has so far only worked with the central government to ensure that it can uphold national unity in Somalia,” said Krieg.

Zweiri argues that Qatar has not substantially increased its investment in East Africa after the blockade but has shifted greater attention toward building West Africa, such as in Senegal.

Despite some African states recalling their ambassadors to Qatar after the Gulf crisis, expanding development projects into the west is a future focus for Qatar, after its Somalia developments, he added.