Jordan will not stand idly by as Benjamin Netanyahu threatens to annex the Jordan Valley. 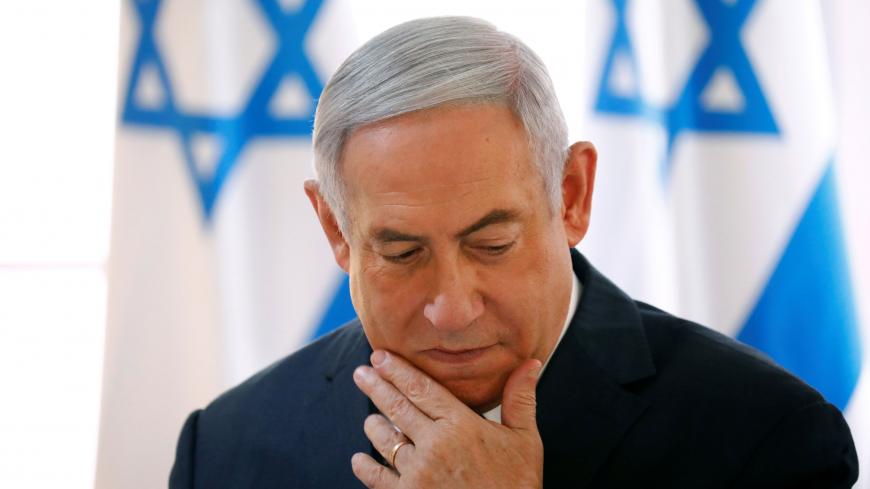 Jordan is ratcheting up its diplomatic offensive against Israeli Prime Minister Benjamin Netanyahu’s statement that he will annex major chunks of occupied West Bank territories if he wins the Sept. 17 Knesset elections. During a meeting with David Schenker, the US assistant secretary of state for Near Eastern affairs, in Amman on Sept. 12, King Abdullah stressed the importance of uniting international efforts to reject all actions that undermine the two-state solution.

Jordan’s Foreign Minister Ayman Safadi condemned Netanyahu’s pledge to annex Jewish settlements as well as the Jordan Valley and northern Dead Sea areas, which constitute one-third of the West Bank. A few hours after Netanyahu's statement, the Jordanian Foreign Ministry quoted Safadi as saying that it is a “dangerous escalation that shatters the foundations of the peace process” and will lead to further violence and conflict in the region. Safadi described the declaration as an “outrageous” electoral tactic that breaches international law, kills the peace process and undermines the rights of the region’s people to peace.

Safadi met with ambassadors of the five permanent members of the UN Security Council on Sept. 12 and urged the international community to take “effective and rapid” action against Netanyahu’s announcement. Prime Minister Omar Razzaz said Netanyahu’s announcement poses a “real threat” to the future of the peace process and will escalate regional conflict and violence. Parliamentary speaker Atef Tarawneh said that Netanyahu’s pledge to annex the Jordan Valley puts the peace treaty between Jordan and Israel at stake.

In a further provocation, Netanyahu held a Cabinet meeting in an illegally built Jordan Valley outpost on Sept. 15 and approved a new settlement in the area. The PLO said on Sept. 14 that Netanyahu sought to annex an additional 75% of Area C under the Oslo agreement, which includes all Jewish settlements in that region.

Jordan’s reaction underlines its growing anxiety over the fate of the two-state solution and the implications of Netanyahu’s pledge on the kingdom’s national security and stability. It also indicates its frustration over Washington’s vague response to Israel’s unilateral moves ahead of the unveiling of President Donald Trump’s proposed peace deal between Israel and the Palestinians at the UN General Assembly meetings, which begin next week in New York.

A joint statement from France, Germany, Spain, Italy and the UK described Netanyahu's pledge as a “serious breach of international law.” Yet an unnamed US official, quoted by Reuters on Sept. 10, said that Washington’s policy toward Israel and the Palestinian territories remains unchanged. The United States, he said, will release its “Vision for Peace after the Israeli election and work to determine the best path forward to bring long-sought security, opportunity and stability to the region.”

Axios reported Sept. 10 that US officials in the administration were informed of Netanyahu’s announcement before it was made. They stressed they don’t think Netanyahu’s statement precludes the possibility of a political settlement in the future. The Jerusalem Post reported Sept. 13 that Netanyahu had intended to announce the annexation with immediate effect, but had changed his position after a tense conference call with heads of security branches addressing the potential difficulties of annexation.

A political source with close contacts in the Jordanian government told Al-Monitor that the country is convinced that Trump’s plan has no room for the two-state solution. The plan, the source said, is in line with the right-wing Israeli vision on Jerusalem, refugees, borders and settlements.

Many local analysts believe the two-state solution is already dead and that regardless of the outcome of the Israeli elections, the next Israeli government will pursue Netanyahu’s course. Writing in al-Ghad daily on Sept. 12, columnist Maher Abu Tair said that what will happen in the West Bank in the coming weeks as a result of Israeli policies will represent “huge threats to Jordan.” He added that Jordan should prepare for a new reality in what remains of the West Bank. “What can Jordan do other than condemn such plans. We know today that Washington is no longer a sure ally — in fact, there is US anger over Jordan’s policies and positions that reject the encroachment on Palestinian rights,” Abu Tair wrote.

Oraib al-Rantawi, the head of al-Quds Center for Political Studies, told Al-Monitor that Jordan’s relations with Israel will come under additional stress following the Israeli elections and Trump’s announcement of his peace plan. “Regardless of who wins the [Israeli] elections the Greater Israel project is moving on and that will have dire consequences for Jordan and the Palestinians,” he said. “While Netanyahu’s pledge targets the Palestinians primarily, it also threatens Jordan at many levels: demographic, political and even with regard to the redrawing of our borders with Israel.”

The possible collapse of the two-state solution is reviving serious worries for Jordan, including the fate of over 2 million Palestine refugees in the kingdom, the future of Jordan’s custodianship of Muslim holy places in East Jerusalem and fear of a slow influx of West Bank Palestinians as a result of economic pressure. Public opinion in Jordan is largely against Israel and its territorial ambitions. Former Minister of Information Taher al-Adwan tweeted Sept. 12 that Netanyahu’s pledge represents an existential threat to Jordan, which makes the revision of the peace treaty with Israel a matter of life and death.

Still, analysts here believe that the kingdom has little maneuvering room. All it can do for now is maintain its diplomatic offensive while bracing for the effects of Trump’s deal and the US administration's push to get Jordan to embrace it.