Israel accuses Hamas of being behind the killing of an Israeli soldier in the West Bank after having thwarted an apparent Hamas attempt to carry out a bombing attack in Jerusalem. 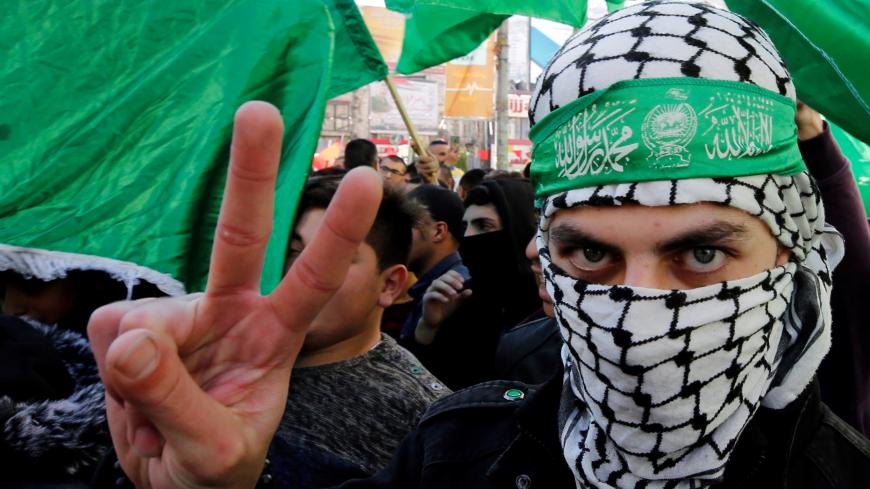 GAZA CITY, Gaza Strip — Israel has been increasingly accusing Hamas of trying to ignite the West Bank after Israel said Aug. 6 that it had foiled a bombing attempt that a Hamas cell was planning to execute in Jerusalem. The body of an off-duty Israeli soldier who was stabbed to death was also found near Bethlehem in the southern part of the West Bank on Aug. 8. Israel accused the Hamas leadership in the Gaza Strip of giving orders to carry out the attack.

No Palestinian party claimed responsibility for the soldier’s killing, although most Palestinian factions praised the attack in separate statements Aug. 8. Israel said the attack was aimed at abducting the soldier. Israeli army forces were deployed in the south of the West Bank and carried out an extensive search for the culprits.

Two Palestinian cousins were arrested in the slaying Aug. 10 in the village of Beit Kahil near where the killing took place; the Israel Defense Forces said one of the cousins is a Hamas member.

The Shin Bet is reported to have foiled 300 attacks from the start of this year until August and the attacks were based on orders from the Hamas leadership in the Gaza Strip, according to the Israeli Yedioth Ahronoth newspaper, which wrote Aug. 9 that some of the foiled attacks were aimed at abducting Israelis.

Hamas’ attempts to stoke the flames in the West Bank reportedly include transferring funds from the Gaza Strip to members in the West Bank, moving people with military expertise there to help form a military structure and media incitement. There also have been Israeli accusations that Gaza military leaders have been guiding the West Bank operations.

Israeli Prime Minister Benjamin Netanyahu, who was harshly criticized by the leaders of Israeli opposition because of the killing of the Israeli soldier, arrived at the scene of the attack Aug. 8. Netanyahu said, “I don’t have any doubt that we will arrest the people who committed this heinous crime and that we will settle accounts with them and with those who sent them.”

Hamas leader Hamad al-Raqab told Al-Monitor, “We do not know who in Hamas carried out the attack, but we praise it and we appreciate any armed attack against the thieves of our land (Israel) who attack our people daily. Dozens of houses in Wadi Homs in Jerusalem were destroyed July 22, and an Israeli driver ran over a Palestinian child July 16 in West Hebron.”

Raqab did not rule out a retaliatory act on Gaza from Israel if it does not find a way to otherwise attack Hamas military officials in the Gaza Strip or abroad. He said that Israel accused former detainees expelled to the Gaza Strip of directing the armed operations, and added that Israel assassinated Hamas commander Mazen Faqha using collaborators in March 2017 in Gaza.

Yedioth Ahronoth published Aug. 9 an elaborate report in which it insinuated the involvement of Hamas military leaders who were expelled from the West Bank to the Gaza Strip or abroad (Lebanon and Turkey) after the Gilad Shalit prisoner exchange deal.

A Palestinian security official told Al-Monitor on condition of anonymity that Hamas was likely behind the attack because it has been making extensive efforts to carry out attacks in the West Bank or Israel to ward off any Israeli military response against Hamas in the Gaza Strip.

The official said, “Through its military operations, Hamas wants to hit two birds with one stone. First, it wants to launch armed attacks on Israelis, and second, it wants to stir up an Israeli response against Palestinian Authority-affiliated institutions in the West Bank.”

The Israeli Haaretz newspaper said Aug. 9 that the Hamas leadership in the Gaza Strip is adopting a complicated strategy through a calculated escalation designed to force Israel to accede to Hamas' demands to break the siege. The attack on the West Bank aims to harm Israelis and undermine PA rule at the same time.

The director of the Al-Quds Center for Israeli and Palestinian Studies, Alaa al-Rimawi, told Al-Monitor, “Israel has been accusing Hamas of trying to stoke the flames in the West Bank because 90% of those whom Israel arrested in the past five years due to armed attacks or preparing for armed attacks in the West Bank are Hamas members, according to the center’s unpublished statistics.”

Rimawi said that through its attacks on Hamas, Israel aims to impede any future exchange deal with Hamas. Israel also seeks to pressure Hamas to stop directing attacks from the Gaza Strip by threatening to launch a military assault against the Gaza Strip.

Rami Abu Zbeida, a military and security expert, told Al-Monitor that Israel’s rush to accuse Hamas following several armed attacks on Israeli targets in the West Bank aims at dividing Hamas and the PA and pressuring Hamas in the truce negotiations with Israel that have been ongoing since October 2018.

Hamas seems persistent in its attempts to stir up the West Bank despite constant pursuit from the Israeli security forces and PA-affiliated forces. It appears that top Hamas officials believe the Israeli pressure and blockade on the Gaza Strip will not stop unless the West Bank blows up.