The Lebanese Ministry of Labor is cracking down on foreign workers to ensure they have valid work permits, which has raised the ire of Palestinians there who say the move will affect their status as refugees. 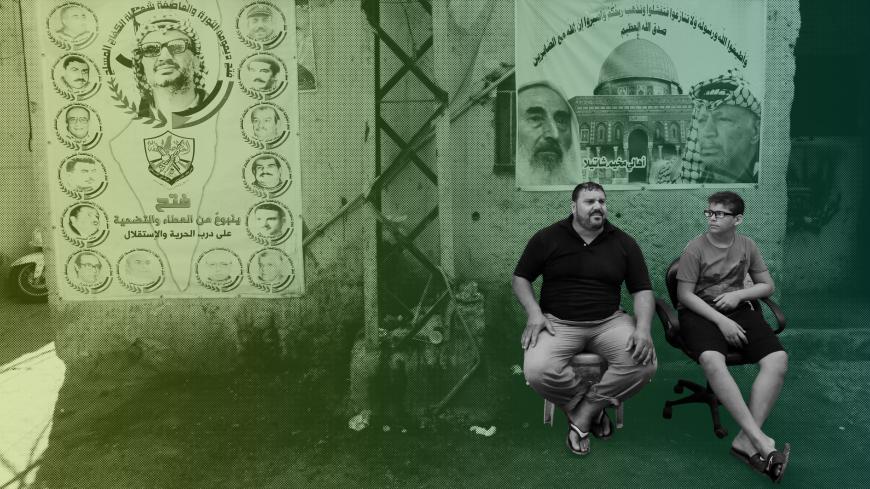 BEIRUT — Lebanese Minister of Labor Camille Abu Suleiman's decision not to exclude Palestinian workers from an effort to regulate foreign workers has provoked a wave of anger and resentment in the Palestinian refugee camps there, where protests are ongoing.

Abu Suleiman affirmed to Al-Monitor that he will continue implementing this plan until the Labor Law can be amended in parliament to address their grievances.

Businesses in Lebanon that employ illegal foreign workers of any nationality were given a month, until July 9, to resolve their situation. As per these requirements, employers must grant their foreign workers employment contracts and register them under social security. Foreign workers then will be able to apply for a valid work permit.

Under the Labor Law, Palestinians aren't required to pay fees for work permits but are still required to obtain them; the latter wasn't strictly enforced in the past.

Beginning last July 10, ministry-affiliated inspectors supported by security forces were deployed throughout Lebanon to implement the new plan. The inspectors fined some Palestinian workers and closed a business owned by a Palestinian. Palestinians believe this was only the beginning of a campaign against them.

Abu Suleiman said the plan aims to organize foreign labor in Lebanon and was enacted largely because of the number of Syrians who fled to Lebanon to escape the Syrian war. Defenders of the ministry's actions say there's no justification for Palestinians' concern, as duly registered Palestinians are exempt from the work permit fees, unlike other foreign workers.

Palestinians fear they will lose their jobs or have fewer job opportunities because employers will incur fees to correct foreign workers’ legal status. The employers will now have to provide social security and pay them minimum wage. By design, this is likely to improve the job market for Lebanese workers at the expense of others.

“The results [of implementing the plan] were good and exceeded expectations,” Abu Suleiman told Al-Monitor. “Employers have become aware of the importance of employing Lebanese workers and settling foreign work permits. Within one month, approximately 1,500 jobs were secured for Lebanese workers.”

The government's Lebanese-Palestinian Dialogue Committee, which deals with general policies regarding Palestinian refugees in Lebanon, has sponsored negotiations between Abu Suleiman and representatives of the Palestinian factions in Lebanon to find a way out of the work permit requirement.

However, there have been no serious developments on that front since representatives of the Palestinian factions boycotted the last negotiations meeting July 29. Former Minister of Education Hassan Mneimneh, who heads the Dialogue Committee, said the Palestinians boycotted because “they didn't receive any serious promises to resolve this issue" in previous negotiations.

They are demanding not to be treated as foreigners since they are refugees. Their families have lived in Lebanon's camps since Palestinians were displaced when Israel was created some 70 years ago, and they hope to return. They fear that if they don't retain their refugee status, it will hurt their cause.

Some Palestinians think that the Ministry of Labor is intentionally dealing with Palestinians as foreigners as a prelude to undermining that cause and that the US peace proposal for the Mideast — which the United States has dubbed the "deal of the century" — seeks to deny the Palestinians’ right to return.

But Abu Suleiman said, “There has been a misunderstanding about what's going on. The ministry’s plan didn't target the Palestinian workers, and it has nothing to do with the 'deal of the century' and a conspiracy [against Palestinians], as some are saying.”

He believes “Palestinian refugees have a legitimate special case compared to foreigners. … Ever since we started implementing the plan, we have provided additional measures to make it easier for Palestinians only. They are exempted from having to present a social security attestation and are only required to produce a statement of employment instead of a contract of employment." He added, “We exempted employers from having to … impose ratios for the number of Palestinian wage earners compared to the Lebanese.”

Abu Suleiman added, “I don't understand this rejection. The plan serves Palestinian workers and protects them from arbitrary dismissal and guarantees end-of-service indemnity.”

He said he is open to amending the labor code so that Palestinians don't need a work permit at all. However, that will take time and parliamentary approval.

But many Palestinians say Abu Suleiman should have waited to implement the plan until parliament was able to change the labor code.

Hamas political leader in Lebanon Ahmed Abdel Hadi, a representative of Palestinians in the negotiations, told Al-Monitor, “The popular movements are peaceful and will continue in the camps until the minister withdraws his decision that requires Palestinian workers to obtain work permits, and refers this issue to the government, which is supposed to decide on the subject.”

He added, “Our delegation continues to boycott the negotiations because the minister is carrying on with applying the law without giving Palestinian refugees anything in return. There are attempts to discuss this issue at the earliest government session and underline that Palestinians are refugees and not foreigners.”

Abdel Hadi confirmed that some Palestinians question "the timing of these measures, which coincided with US attempts to push for settling Palestinians and quashing their right to return.”

Mneimneh told Al-Monitor, “The solution will be to adopt the recommendation on Palestinian employment contained in the Unified Lebanese Document, [which] states that a worker [only] needs to present a request signed by himself, without any attestation from the employer, to get a permit. It needs to be adopted and converted into an implementation decree issued by the government. This would guarantee Lebanon’s right to apply the law on the Palestinian’s right to work.”

Lebanon hosts 174,000 Palestinian refugees in 12 camps and 156 communities across the country, according to the 2017 census conducted by the Palestinian Central Bureau of Statistics and Lebanon's Central Administration of Statistics, and supervised by the Dialogue Committee. The refugees mostly work in construction, agriculture, sales and restaurants, as many professions are reserved for the Lebanese only and require union membership, such as positions in law, medicine and engineering.