According to the economic pre-election agenda presented by Labor head Amir Peretz, the party wants to increase Israel's external debt in order to pay for social projects. 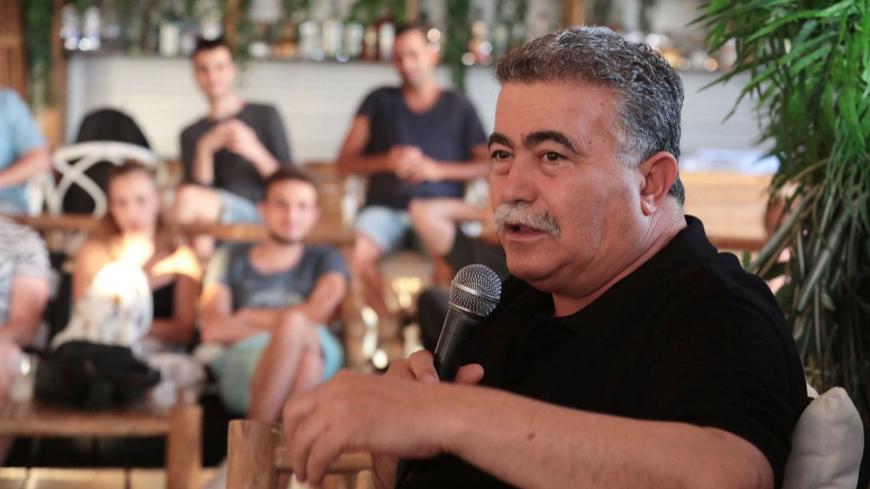 Few parties in Israel have presented an economic plan as part of their campaign for the September elections. And so it is to the credit of the Labor-Gesher party to have actually provided a comprehensive and detailed economic program. The problem is that this economic program, for the most part, offers a social-democratic-style economic platform. And the likelihood of such a platform being implemented in Israel of today is almost nonexistent.

The cost of this “socially-oriented economic program” is 30 billion shekels ($8.5 billion) per year, which will be invested in what are called “social targets.”

Among these targets is an increase in the hourly minimum wage from less than 30 shekels ($8.50) per hour to 40 shekels ($11.30) per hour, or in other words, an increase of about 35%. In a conversation with Al-Monitor, Labor-Gesher leader Amir Peretz said that the increase would be a net total benefit to the state, since workers pay income tax and social security on it, while what is left will be spent in the market, increasing consumption and therefore promoting growth.

Another ambitious item is a complete halt on hiring through employment offices, or employment contractors as they are often known. The main criticism of this initiative is that it would prevent flexible employment and keep private and public employers alike from shifting employees around, hiring temps, and so on.

Another chapter in the plan — titled “Investing in Young Families” — proposes the construction of 200,000 housing units by the government over five years in order to resolve the housing crisis. Some of these apartments will be leased, not sold, to young people without equity. According to Peretz, the government — and not the private sector — will be the primary contractor. The cost of this initiative is enormous, coming to approximately 10 billion shekels ($2.8 billion) per year, but Peretz said that banks will lend the money and that rental returns will be used to cover payments on the loans.

The plan also includes a major investment in the health-care system. This involves adding hospital beds, doctors and nurses, and increasing the health budget, which includes coverage for subsidized medications.

The plan sets a minimum pension of 6,000 shekels ($1,700) for elderly singles and 9,000 shekels ($2,550) per couple. Parents would receive free child care for their children from birth instead of from age 3, as they do today. It would also include the complete cancellation of any costs imposed on parents by schools and equal state funding for school students, regardless of whether they are in the center of the country or the periphery. Furthermore, the plan offers 0% value-added tax on 100 basic products and unemployment payments for independent contractors.

Peretz claims that wealthy individuals will be happy to pay this additional tax. “Anyone who earns such a large sum of money will be prepared to pay more income tax once they realize that their money is being used to make significant improvements to health care, education and social services for themselves and their families, rather than paying for coalition agreements that benefit one sector or another.”

Peretz also says that people who earn that much money owe the state for its investments in the infrastructure that made their success possible, so the tax is morally just. Furthermore, he wants to raise taxes on capital gains to 5%. He also wants to put in place obligatory income tax reports, which currently employees are not required to submit, in order to fight against the black market.

The proposed increase in the “wealth tax” has come under considerable criticism from economists and others with capitalist leanings. Economists warn that it would suppress growth and the motivation to earn more, while pointing out that the top 10% of the population already pays most of the taxes in the country. These critics also claim that a more onerous tax burden would cause people with high incomes to move most of their financial activity overseas, to countries with lower tax rates.

One of the most outspoken critics of the Peretz plan is Rightward party senior Naftali Bennett, who was minister of education until recently. He wrote on Facebook, “The biggest danger to Israel is not Iran or Hezbollah. The biggest danger is becoming a backward socialist country under Finance Minister Amir Peretz.”

Bennett is apparently assigning himself the job of Israel’s next finance minister, thus that his criticism over Peretz’s plan did not stop there. He also wrote that Peretz would be putting Israelis deep in debt for generations to come, just to pay for his plan. One particular item that Bennett is referring to is the clause that proposes increasing the ration between product and debt, or in other words, to increase Israel’s national debt. Peretz argues that European nations have a higher national debt compared to Israel, though figures indicate differently. Most of the successful economies have a lighter debt load. Israel’s low debt actually helps it obtain a relatively high credit ranking from all the credit agencies.

Netanyahu is considered to be responsible for Israel’s economic growth in the past decade, both because of the economic measures he took as finance minister in 2003-2005, as well as his open market and privatization policies. Nevertheless, Netanyahu’s coalition partner Mizrahi ultra-Orthodox Shas, a social-oriented party, expressed support for Peretz’s plan. “We welcome other forces joining our struggle to reduce economic gaps and support weaker sectors of the population. We hope that Peretz and Orly Levy-Abekassis will withdraw their veto against Netanyahu, because genuine social change comes from within the government and not the opposition benches,” the party explained in a statement.

This may be the solution to Netanyahu’s problems forming the next coalition. According to one assessment, Netanyahu will offer Peretz key Cabinet positions (just like he did with former Labor Party Chairman Avi Gabbay), so that he can form a majority government, even if this means appointing a social democrat as his next finance minister. On Aug. 20, it was reported that Netanyahu does not rule out the possibility of a broad government “with the left.”

“We don’t rule out anyone on a personal level,” Peretz told Al-Monitor, “but it is highly likely that Netanyahu will be indicted. As such, there is no reason to enter a government led by him if he faces indictment two or three months down the road. On the other hand, if he is not indicted, anything is possible.”