Hunt for Iraqi IS leaders continues amid heightened secrecy

The Islamic State has employed higher levels of secrecy about its commanders since 2018, leading to greater confusion about its hierarchy. The search nevertheless continues for its commanders, most of whom are believed to be of Iraqi origin but are currently in Syria. 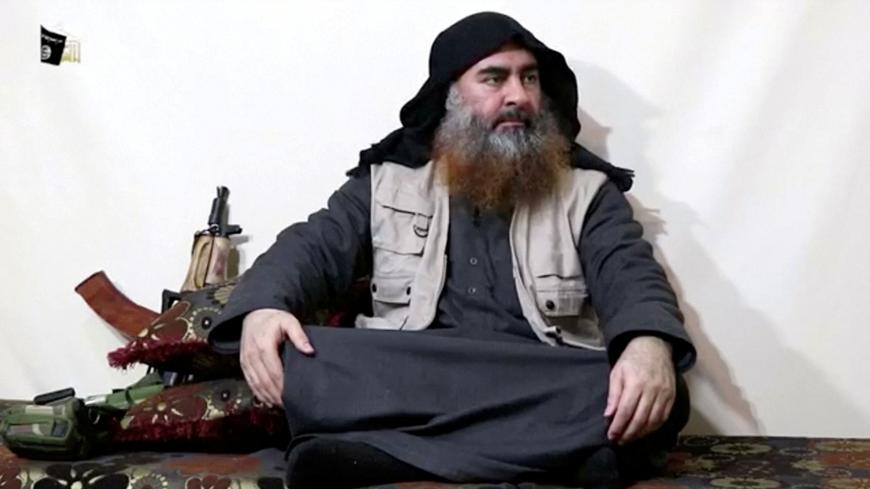 BAGHDAD — As the fourth phase of Operation Will of Victory gets underway in Iraq to hunt down Islamic State (IS) remnants, attempts to understand who the current top IS military leaders are is proving frustrating.

Several Iraqi security analysts and Deir ez-Zor sources have told Al-Monitor that Abu Bakr al-Baghdadi and other key Iraqi leaders are mostly believed to be in Syria. But beyond that, scant information is available.

One source, a well-connected Deir al-Zor native who cannot be named for security reasons, told Al-Monitor that a man known as Jabbar al-Iraqi may be key to understanding Baghdadi’s whereabouts.

The source is known to have provided coordinates to the international coalition for IS targets in Syria in the past.

Jabbar al-Iraqi is from the Shimmari tribe, he said, “an Iraqi Bedouin who uses this to his advantage to get IS leaders across the border,” the source said.

The Shimmari tribe is one of the largest tribes in Iraq, and a significant number are in northeastern Syria as well.

Jabbar al-Iraqi is a military leader of Wilayet al-Jazeera and is very close to Baghdadi, the source told Al-Monitor, adding that several local sources had told him that Baghdadi fled the Syrian Baghouz during the battle there in February-March 2019 by crossing into Iraq with shepherds.

The IS leader then spent time in Iraq’s Roumana desert in the western Anbar region, the source claims, but is now on the Syrian side of the Iraqi-Syrian border.

These movements would have been difficult if Baghdadi had actually been paralyzed during the fight for the Baghouz, as some intelligence officials claim.

That he is in Syria, however, coincides with what Al-Monitor has been told by high-level Iraqi counterterrorism intelligence sources and is a view strongly supported by Iraqi security analyst Fadhel Abu Raghief.

Meanwhile, the apparently fake announcement of a decision claimed to have been made by Baghdadi on a new “manager” for the international terrorist group’s daily operations has puzzled observers.

The Times of London went so far as to publish an entire article on August 22 based on the fake announcement, seemingly unaware that it had been debunked two weeks before by BBC Monitoring, among others.

For the spread of the announcement, many have pointed at Raghief, who is a top-level Iraqi security analyst frequently asked to appear on Iraqi national television channels to discuss terrorism-related issues. He tweeted information related to the announcement on his Twitter account, which has over 95,000 followers.

Raghief told Al-Monitor in an interview Aug. 16 that Abdullah Qaradosh is in any case thought by Iraqi intelligence agencies to be in charge of running IS’s daily administrative operations now.

The security analyst said that Abdullah Qaradosh had been a religious leader of al-Qaeda close to several key IS leaders, such as the former second-in-command Abu Alaa al-Afri, who was killed in 2016 prior to joining IS.

Ha added that Qaradosh had three brothers: one of whom had been in jail before being killed, another who was a Mosul University professor and was also killed, and the third the former head of a Turkmen association in Tal Afar who is currently in Ankara, Turkey.

Raghief said Qaradosh had “previously argued with Baghdadi but [they] left the past behind them when Baghdadi entered Mosul” in 2014, adding that Baghdadi had tried to “push Qaradosh to re-enter Iraq from Syria” more recently in order to “rebuild” the terrorist organization in the country.

He stressed that there is “no doubt” that Baghdadi is now in Syria, since Iraqi terrain is no longer fertile ground for the group “unlike in Syria, where more support can be seen in Idlib and near Palmyra” as well as in the al-Hol camp, which has “58,000 people.”

All those in the camp, he claims, “men, women and children — all of them — support IS.”

Raghief is in constant contact with several security agencies and top-level individuals involved in counterterrorism in Iraq and has called top-level members of the security establishment while with Al-Monitor to verify figures.

Information is also expected to be extracted from over 1,600 Iraqi IS detainees transferred from Syria in recent weeks, who are now being interrogated at Baghdad’s Muthana prison, Raghief said.

Iraqi security and counterterrorism expert Hisham al-Hashimi, who has written books on terrorism — including one whose Arabic title translates as “The Islamic State from Inside” — and is frequently quoted by international journalists, told Al-Monitor that “no one has any idea about the hierarchy of the Islamic State, for now.”

Hashimi said that IS has “changed its approach to security since 2018, becoming more secretive” about who their leaders are.

He said the United States has put a bounty on the heads of three top-tier members of IS, including a head of finance and two men from the Jabouri tribe. He did not go into further details.

In addressing the “reasons for IS’s defeat,” Hashimi said it “created enemies everywhere it went, including al-Qaeda and its branches, the Muslim Brotherhood, Shia resistance factions, Kurdish factions, as well as the United States, Russia, the European Union, Iran, Turkey and the Arab League,” and tribes that worked with it “did so under duress and fear.”

Attacks in areas of eastern Syria in recent weeks may be linked to local discontent with the Kurdish-led Syrian Democratic Forces management of the Arab-majority Deir ez-Zor region as voiced by residents to Al-Monitor during a reporting trip in May to the area.

A large-scale insurgency that might threaten major cities does not, however, appear likely in the immediate future. Frequent arrests and killings of IS sleeper cells continue in both Iraq and eastern Syria.

With the focus in Iraq now shifting to other issues and given the difficulty involved in discerning who the surviving commanders — or new ones — are, the hunt for Baghdadi’s key strategists, religious leaders and military commanders may soon be deprioritized, at least for the time being.