The founding countries of the Eastern Mediterranean Gas Forum have recently held a meeting in Cairo, and some experts say the forum is part of the "deal of the century." 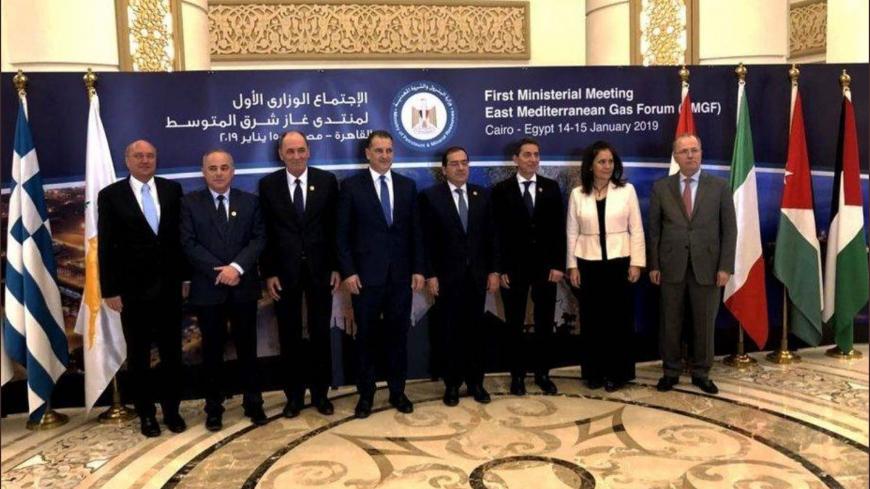 CAIRO — Egyptian Minister of Petroleum and Mineral Resources Tarek el-Mulla said in a July 25 statement following the meeting of the founding members of the Eastern Mediterranean Gas Forum (EMGF) in Cairo that the members have agreed to complete the structure of the group.

The participating ministers agreed to hold the next ministerial meeting during the second half of January 2020 in Cairo.

The EMGF — which is established by Egypt, Jordan, Israel, Palestine, Italy, Greece and Cyprus — aims to promote regional cooperation in the field of energy in accordance with international law in order to exploit the resources of the region and allow for a sustainable regional gas market.

A well-informed governmental source from the Egyptian group that attended the meeting told Al-Monitor on condition of anonymity that coordination between Egypt, Israel, Jordan and Palestine regarding the EMGF is not to be separated from the economic initiative of the "deal of the century."

The source said that ahead of the EMGF meeting and during his conversation July 25 with President Abdel Fattah al-Sisi, US Secretary of Energy Rick Perry tackled several details and arrangements related to the deal of the century, the economic integration of Israel and normalization.

The source pointed out that economic cooperation between the EMGF countries will play out in favor of Israel’s economic integration in the region, and this is the main goal of the Bahrain conference and the deal of the century.

Prior to the EMGF meeting, Sisi received the ministers and heads of delegations participating in the meeting at the Montazah Palace in Alexandria.

Bassam Radhi, spokesman for the Egyptian presidency, said in a statement that the ministers participating in the meeting stressed the strategic importance of the Egyptian initiative to establish the EMGF, which boosts their endeavors when it comes to formulating policies that focus on government cooperation and the development of a common vision regarding the future of the Mediterranean reserves. This, he said, opens new horizons of common economic interests in the region.

Also on July 25, Sisi received Perry and welcomed the US participation in the meeting as a guest, pointing out that the forum aims at achieving integration and economic gains for the various members.

The same government source pointed out that during the meeting, Egypt tackled with Israel cooperation efforts moving forward, especially with regard to finding a common and realistic ground for negotiations between Palestine and Israel. He noted that Egypt adheres to the two-state solution in a bid to spare all parties additional losses.

The source said that the meeting also tackled economic coordination between Egypt and Israel, as Tel Aviv is seeking to start exporting gas to Egypt later this year.

On July 25, Israeli Energy Minister Yuval Steinitz said on the sidelines of the forum meeting that the gas pipeline between Israel and Egypt was tested two to three months ago and that Israel is expected to start exporting gas to Egypt in November.

This comes a month after the Bahrain conference was held on June 25-26 under the title of the “Peace to Prosperity” economic conference and several Arab countries — including Egypt, Jordan and Morocco, among others — were in attendance.

Mohammed Hamed, a researcher in international law and foreign relations, told Al-Monitor that the EMGF has brought together Israeli parties with the Palestinian side, which in turn is considered an important step toward normalization and giving priority to economic interests over political differences.

The researcher added that the US keenness to attend the meeting was based on two reasons. First, he said, the United States wanted to sponsor the economic interests of all parties in order to complete the economic aspect of the deal of the century. Second, the United States provided great support for the forum on the grounds that the forum would provide gas to Europe and reduce the European need for Russian gas.

Hamed described the economic rapprochement between Israel and the Arab states as “the essence of the deal of the century,” which the United States is trying to deepen, so that the peace process becomes a concrete reality supported by economic interests.

“The formation of the EMGF will boost and integrate the economies of many countries that have been at odds for decades,” the researcher said.

He stressed that this forum is an important means of integrating Israel into energy economies in the region through cooperation with Arab countries that Israel is at odds with, especially Palestine. 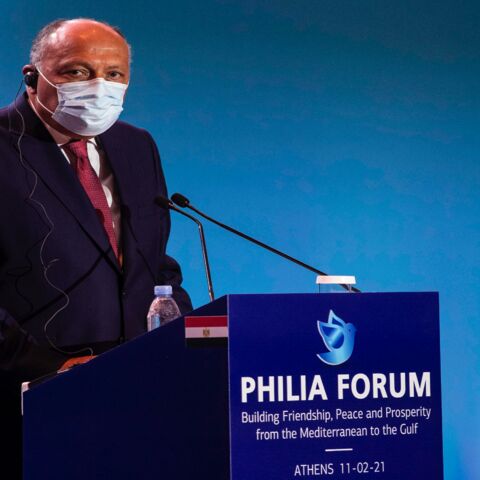 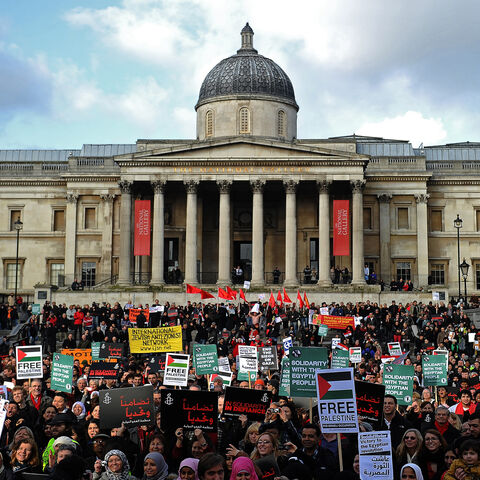 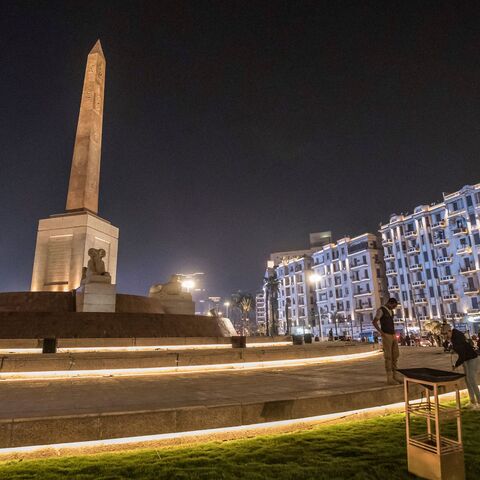