An Israeli court ruled that the Palestinian Authority is to be held responsible for terror attacks not carried out by its own people, prompting questions of how the ruling will affect PA security cooperation with Israel. 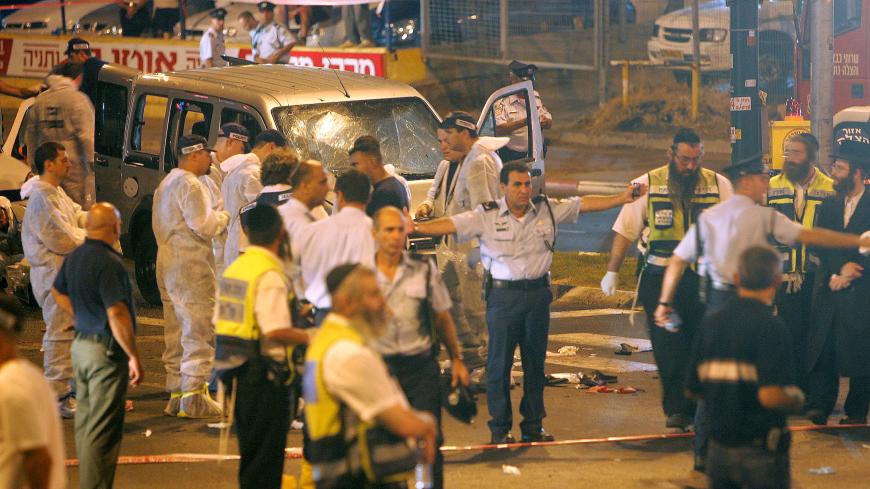 The Jerusalem District Court handed down a precedent-setting ruling July 8 holding the Palestinian Authority (PA) responsible for acts of terror, even those perpetrated by Islamic Jihad or Hamas. The ruling was issued in the case of 17 claims for damages brought against the PA by families of Israeli victims of terror attacks over the past 20 years. The families were represented by attorney Nitsana Darshan-Leitner, founder of Shurat HaDin, a nongovernmental organization that conducts massive lawsuits against terror organizations.

The first lawsuit was brought by the family of a soldier, Vadim Nurzhitz, who was beaten to death in October 2000 by an enraged Palestinian mob after wandering, by mistake, with another soldier, Yossi Avrahami, into the Palestinian city of Ramallah. Palestinian police took the two soldiers to a local police station, where crowds murdered them in cold blood and then abused their bodies. The lynching, documented by an Italian TV cameraman, generated widespread shock in Israel and abroad and was considered a catalyst of the second intifada, the five-year (2000 to 2005) Palestinian uprising against Israel that resulted in the loss of some 1,050 Israeli and over 3,000 Palestinian lives.

An additional claim for damages was brought by the Gavish family. The parents, grandfather and grandson were murdered by a terrorist who infiltrated their home in the settlement of Alon Moreh in 2002. The family of Yosef and Hana Dickstein, murdered along with their young son in a 2002 shooting attack in the southern Hebron Hills, was also a claimant. Other claimants include some 60 Israeli tour guides who alleged that their livelihood was hurt by the second intifada. All the claims were combined into one lawsuit due to their precedent-setting nature, adding up to over 1 billion shekels ($280 million) in total.

Drori said the following actions led him to attribute responsibility to the PA: the naming of streets and town squares after the terrorists; the holding of memorial ceremonies for the “martyrs” who attacked Israelis; and the release of Palestinian terrorists jailed in Israel. Drori also referred to the fact that PA leaders Arafat and Abbas declared that all the prisoners “were sent by us” and the PA had been paying them and their families monthly stipends ever since. Some prisoners were even promoted according to military ranks during their incarceration in Israel, with a commensurate pay increase, and the families of martyrs had been granted economic benefits.

Responding to the ruling, attorney Darshan-Leitner said, “The Palestinian goal was genocide against Jews in Israel, and therefore it must now pay.” This ruling ignores the Palestinian position that sees martyrs and prisoners as freedom fighters fighting the Israeli occupation and its injustices.

According to Darshan-Leitner, following the ruling, the plaintiffs will appeal to the Ministry of Finance demanding that the PA accounts be confiscated. If Israel's PA funds are indeed confiscated, this is another layer to the hundreds of millions of shekels of the PA that have been frozen in Israel since April, following the Israeli law freezing the funds to the PA over payments to security prisoners and their families. As a result, the PA is in danger of economic collapse.

The district court has yet to rule on the amount of damages it will reward the claimants against the PA, but Judge Drori’s ruling blends in well with the prevailing Israeli perception of Abbas as responsible for terror attacks against Israelis.