Iran's foreign minister is in New York for a high-level UN meeting, where he is engaging in his characteristic public diplomacy efforts despite the US government's strict curbs on his movement in the city. 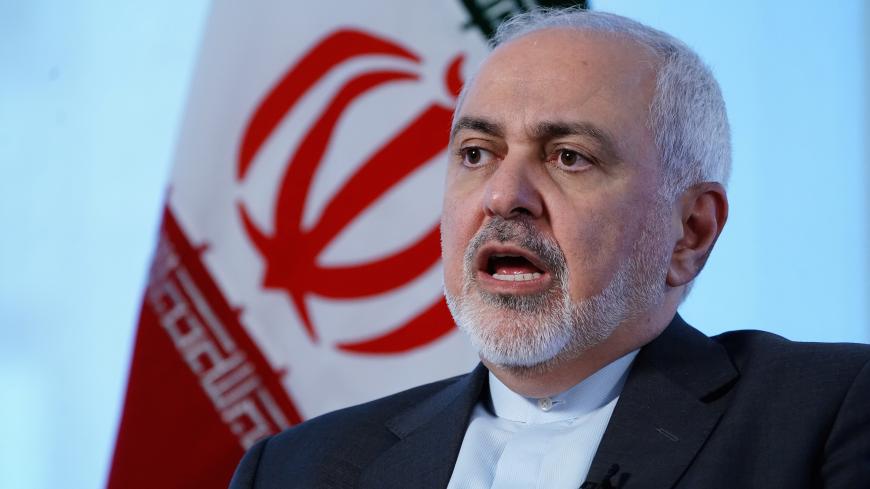 "If there is a war, no one will be safe in our region," Iranian Foreign Minister Mohammad Javad Zarif said of the consequences of a possible US-Iran military conflict in an interview with the BBC in New York, where he is to attend an annual meeting of the UN Economic and Social Council. "But let us try to avoid one," Zarif added, making it clear that Iran's response to aggression "will not be blind."

The comments were the latest reaction to the recent all-time high US-Iran escalation in the Persian Gulf, which has seen American military reinforcements and the downing of a sophisticated $131 million US drone by Iran's elite Islamic Revolutionary Guard Corps near the strategic Strait of Hormuz — the pathway hosting a third of the globe's maritime oil traffic.

But Zarif also tried to keep the door for dialogue open with President Donald Trump's administration, which started to reinstate draconian sanctions on the Islamic Republic after scrapping the Iran nuclear deal in May 2018. "Once those sanctions are lifted … the room for negotiation is wide open. … It is the United States that left the bargaining table, and they're always welcome to return," he said in a separate interview with NBC News July 15.

Zarif landed in New York only a few days after Washington apparently decided to hang back from an earlier plan to blacklist the US-educated, media-friendly Iranian diplomat. Yet, according to the US State Department, a series of tight restrictions have been imposed on Zarif's travel, effectively barring him from any place other than John F. Kennedy Airport, the UN headquarters, the Iranian mission's premises and the residence of its representative there. The US decision has already triggered a reaction from the United Nations, which "conveyed its concerns to the host country."

While a full explanation of the reasons behind those limitations has yet to be offered, a state department official called Zarif "a mouthpiece of an autocracy" who is making use of free speech for "malign propaganda." On his Twitter account, Zarif himself confirmed the restrictions on him "while in the US conducting official UN business. … More to come on BBC and others," he wrote as a sign that his public diplomacy drive was being fully pursued.

Ever since his appointment as Iran's top diplomat in 2013, Zarif is believed to have invested largely in public diplomacy as a pivotal strategy, one rarely practiced by his predecessors. Known for his idiomatic English, Zarif has grabbed trips to the United States as an opportunity to elucidate Iran's foreign policy with a special focus on the nuclear deal. Despite earning praise from supporters, he has been nonetheless slammed by some opponents for using urbane diplomatic gestures to justify alleged human rights violations in Iran. Back in June, he came particularly under fire after his defense of the Iranian penal code that allows the execution of homosexuals.

In Tehran, the travel restrictions on Zarif were seen as a sign of US desperation in the face of his public diplomacy. The spokesman for the Iranian Foreign Ministry said the US government was worried about Zarif's "media presence" and "the impact it leaves upon the American and the world public opinion." Reformist daily Arman explored the reasons why Zarif's diplomacy "scares" the US government. Even the ultraconservative Javan — a staunch critic of the Iranian foreign minister and the nuclear deal he architected — acknowledged his diplomatic powers. "Six New York intersections fenced to bar Zarif's diplomacy," the paper wrote on its front page. And Iran, affiliated with President Hassan Rouhani's government, described the decision as a new front the United States has opened up against Iran — this time by confronting the latter's diplomats.