Iran’s President Hassan Rouhani said that the country will not "surrender" but is ready to hold talks with the United States on reviving the nuclear deal. 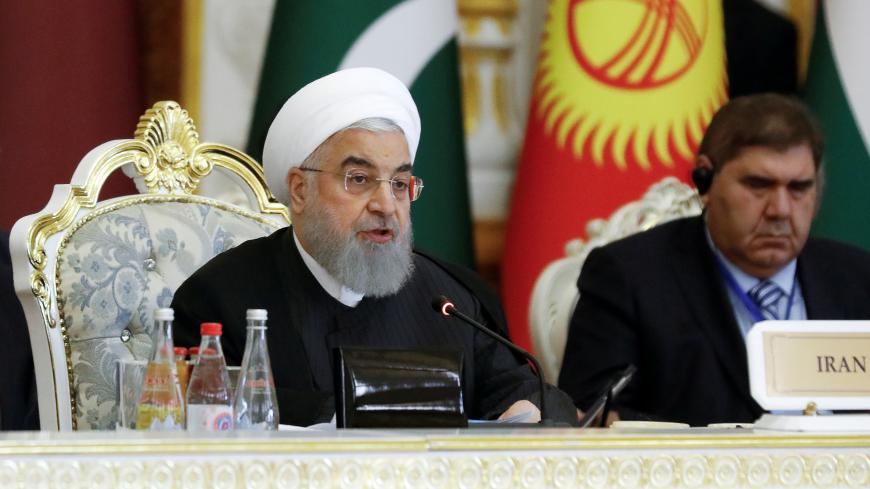 President Hassan Rouhani reiterated that his country was ready for negotiations over the country’s nuclear program but warned Iran would not surrender. “Surrender is not permissible and our nation and constitution will not allow it but we have always been ready for just and respectful negotiations,” Rouhani said at a cabinet meeting July 24.

Iran and the five permanent members of the United Nations Security Council plus Germany signed the Joint Comprehensive Plan of Action in 2015, ending a decade-long deadlock over Iran’s nuclear program. President Donald Trump pulled the United States from the deal in 2018 and reimposed sanctions, spurring Iran to reduce its nuclear commitments under the JCPOA while still remaining in it. The United Kingdom, Germany and France have since been in talks with the United States and Iran to try to salvage the deal, though with little success.

“We are in communication with European and other countries,” Rouhani continued. “But we have not reached a desirable point because their recommendations were not balanced.” He added, “We will continue the political process and if we do not reach a conclusion in the 60-day window we will take a third step.”

Europe previously introduced INSTEX, the Instrument in Support of Trade Exchanges, to facilitate trade between Iran and Europe without being subject to US sanctions. But with Europe unable to increase the INSTEX trade volume, Iran has slowly reduced its nuclear commitments, first increasing its low-enriched uranium stockpile beyond the 300 kilograms the JCPOA allows. The second step is increasing enrichment to 5%. Iran’s strategy of rolling out each step in 60-day increments is designed to increase the pressure on Europe to enable the country to sell its oil in a financially secure avenue.

Rouhani stressed that despite the tensions, his administration has always been ready to hold talks. “One of the efforts our administration has pursued from the beginning is to break the deadlock in the political arena and possible agreements,” he said. “The negotiations that took place for eight years before our administration took office did not have many breakthroughs and never reached a tangible result, and those who wanted ill for us would continuously create limitations and pressure for our country.” He added that during those years, the UN Security Council issued six resolutions against Iran.

In an effort to save the nuclear deal and reduce tensions in the Persian Gulf after Iran and the United Kingdom seized one another’s oil tankers just weeks apart, Deputy Foreign Minister Abbas Aragchi delivered a written statement to French President Emmanuel Macron. The contents of the letter are not yet clear.

Iran's ambassador to the UK, Hamid Baeidenjead, sent a letter to the International Maritime Organization outlining what Iran claims were the tanker’s violations while passing through the Strait of Hormuz. Meanwhile, reports emerged that Gibraltar changed its laws just days before an Iranian tanker stopped at its port for supplies and the United Kingdom seized it, claiming it was headed to Syria despite a European Union embargo.