Iran has dismissed US claims that it is ready to negotiate its controversial missile program, as the country's supreme leader defiantly says more nuclear deal commitments will be breached. 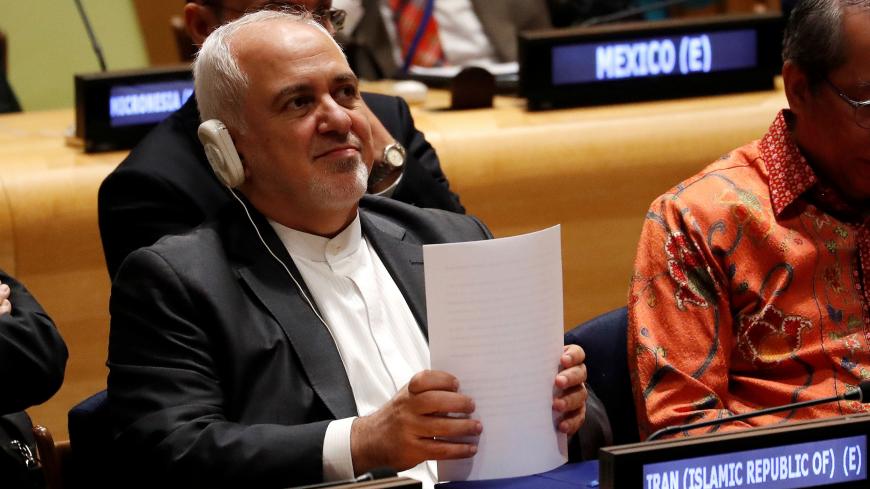 Fresh twists and confusion once again shroud US-Iran tensions; this time, the tension is rooted in misinterpretation. "For the first time, the Iranians have said they're prepared to negotiate on their missile program," US Secretary of State Mike Pompeo told a Cabinet meeting July 16, expressing hope that a deal could be struck with Tehran to keep it away from a nuclear weapon.

If true, Pompeo's claim would have demonstrated a significant policy shift by the Islamic Republic, which has time and again declared its missile program as a nonnegotiable red line. To reaffirm that Iran is still digging in its heels, the country's mission in the United Nations was quick to react. "Iran's missiles … are absolutely and under no condition negotiable with anyone or any country, period," tweeted the mission's media bureau chief, Alireza Miryousefi, in New York.

The Iranian diplomat traced Pompeo's interpretation to a now-revised report by the Associated Press. The report described a comment by Foreign Minister Mohammad Javad Zarif on Iran's ballistic missiles as a suggestion that the program could be up for negotiations with the United States. "If the US wants to talk about missiles, it should stop selling weapons, including missiles, to regional states," Zarif had told NBC News in reference to multibillion-dollar arms deals the United States has been clinching with Iran's major regional adversaries Saudi Arabia and the United Arab Emirates.

Zarif's "hypothetical" remarks triggered a plethora of political and semantic debates from across Iranian social media. Reading between the lines, political commentator Reza Nasri noted that by raising the issue of Washington's arms sales to its Middle East allies, Zarif was seeking to contextualize Tehran's missiles with "the realities in the region," elucidate the logic behind the program and put into question the "irrelevance" of demands on the Islamic Republic to disarm.

The United States and the European signatories to the Iran nuclear deal — which is known as the Joint Comprehensive Plan of Action (JCPOA) — have been pressing Tehran to abandon its sophisticated ballistic missile program. During the marathon talks that culminated in the agreement in 2015, the Iranian side resisted the pressure and managed to keep the issue uncovered by the final accord. After the implementation of the deal, the Islamic Republic conducted multiple missile launches — viewed by its Western adversaries as provocations, a charge Tehran denies, saying the program is part of its wider defense and deterrence doctrine.

Supreme Leader Ayatollah Ali Khamenei, the man who holds the final say in Iran's key foreign policy decisions, has publicly and privately told off the country's diplomats about sacrificing the missile program for the sake of the JCPOA. In his latest remark on the crumbling deal, Khamenei stressed that Tehran will "definitely" proceed with cutting down on its commitments. Tehran announced a series of such phased measures May 8 — on the anniversary of the US departure from the deal — after the end of its one-year "strategic patience" with the European sides' failure to provide the promised economic relief. The plan has already seen Tehran break the cap on its uranium enrichment, lifting it to nearly 5% from the 3.67% level set by the JCPOA.

In yet another sign that Iran's tensions with the West are far from over, Khamenei hit out at the United Kingdom over its recent detention of an Iranian oil tanker off the coast of Gibraltar. The Iranian leader warned the "vicious UK" that its act of "piracy" will be responded to "in due time and place" by the Islamic Republic. Iran's hard-liners have in recent weeks been more than straightforward in pressing for reciprocal measures in the form of intercepting UK vessels in the Strait of Hormuz — which is largely controlled by the Islamic Revolutionary Guard Corps, the same elite force that has been fueling worries in the West with its relentless ballistic missile tests.

Those warnings coupled with promises from Iranian commanders of some form of retaliation have seemingly raised the stakes for oil tankers in the strategic waterway. Yet Iran appeared to be allaying fears after announcing that its forces had aided a foreign tanker upon a distress call from the stranded vessel. According to Iranian Foreign Ministry Spokesman Abbas Mousavi, the ship has now been towed to Iranian waters for emergency repairs. Mousavi did not identify the tanker, but a Panamanian-flagged vessel owned by an Emirati company has been reported missing since July 14 after transmitting its last signals off Iran's Qeshm Island.