US President Donald Trump said today that the United States destroyed an Iranian drone that came within 1,000 yards of an American vessel in the Strait of Hormuz. Defense officials told CNN the drone was brought down today by electronic jamming. 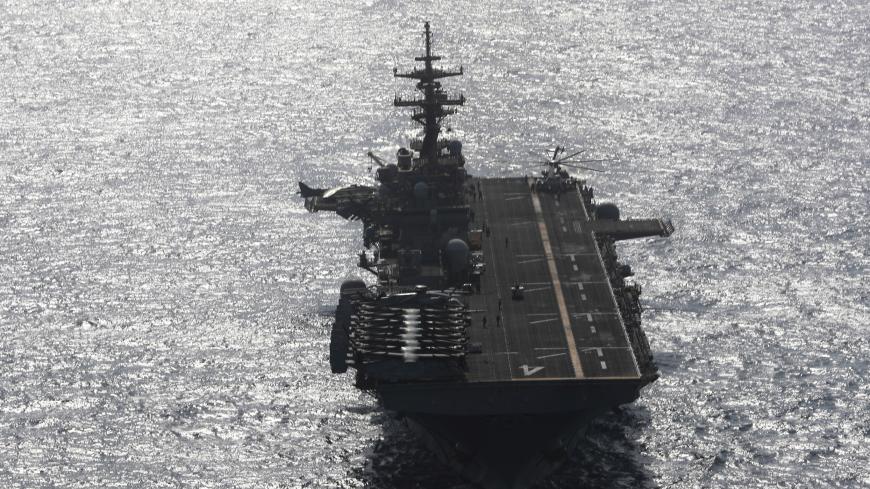 US President Donald Trump said today that the United States destroyed an Iranian drone that came within 1,000 yards of an American vessel in the Strait of Hormuz. Defense officials told CNN the drone was brought down today by electronic jamming.

Why it matters: The incident marks another critical moment in the standoff between the United States and Iran in the Gulf over the past two months, including Iran’s shootdown of an American Global Hawk surveillance drone that nearly prompted a military response from the Trump administration.

Details: Chief Pentagon spokesman Jonathan Hoffman said the USS Boxer was sailing in international waters “conducting a planned inbound transit of the Strait of Hormuz” when it was approached by a fixed wing drone “within a threatening range.” The American amphibious assault ship “took defensive action,” he said. Hoffman said the Pentagon assessed the drone to be Iranian.

What’s next: The State Department plans to speak to Washington diplomats Friday about establishing a maritime initiative to root out Iranian military activity in the Gulf. The Defense Department’s top international policy official, Kathryn Wheelbarger, told Reuters on Thursday that the plan was not military in nature but sought to “increase maritime domain awareness and surveillance capabilities” in the region.

Know more: Read Jack Detsch’s latest on the Pentagon’s move to put in place 500 new US troops in Saudi Arabia to respond to provocations in the Gulf.