Egypt has been under a state of emergency for about 2½ years now, and some experts say this goes against the Egyptian Constitution. 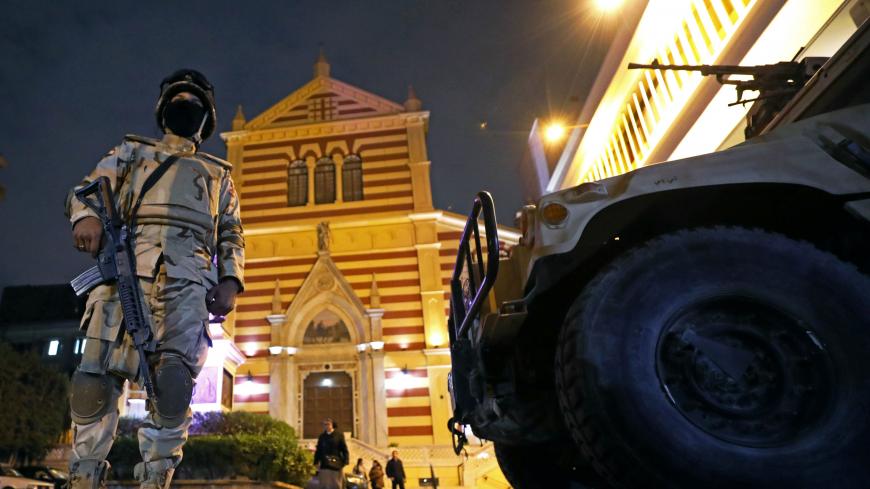 CAIRO — During its July 11 plenary session, the Egyptian parliament approved President Abdel Fattah al-Sisi's decree No. 317 of 2019 extending the state of emergency across the country for three months starting July 25.

This marks the ninth time the state of emergency has been extended since April 10, 2017, when Sisi declared it for the first time following deadly bombings that targeted two churches in Alexandria and Tanta the day before, leaving 44 people dead and a large number of people injured.

The ninth extension is set to come into effect on July 25.

Sisi’s decree raised several questions within legal and security circles about the timing and legal and constitutional motives of the decision. It also raised questions about the security situation in the country and the need for a state of emergency.

Under a state of emergency, the armed forces and the police shall take all the necessary measures to fight the dangers of terrorism and its financing and maintain security within public and private properties throughout the country. During a state of emergency, police powers are extended and the president has the right to limit street demonstrations and impose media restrictions.

Tarek Abdel-Al, legal researcher at the Egyptian Initiative for Personal Rights, told Al-Monitor over the phone that the security situation and the consecutive terrorist incidents that recently took place have been the main motives behind the state of emergency since April 2017.

He said that the recurrence of terrorist incidents, especially the incident that killed eight members of the police forces on June 5, the first day of Eid al-Fitr, led to an extended state of emergency for 30 months, which is contrary to Article 154 of the constitution.

He noted that the Egyptian Constitution explicitly states that a state of emergency shall be declared for three months and shall only be extended by another similar period, meaning a maximum of six months.

The House of Representatives, he said, is circumventing the constitution by trying to separate these periods.

Khaled Okasha, a member of the Egyptian Center for Strategic Studies, told Al-Monitor over the phone that the House of Representatives did not violate Article 154 of the constitution. He said that there has always been a couple of days between each state of emergency and the next so as to respect the constitution and protect the state from the threat of terrorism.

“The decision to extend the state of emergency is primarily aimed at maintaining security and stability throughout the country as the armed forces and the police fight terrorism, especially in Sinai,” he said.

He said the extension decision has been issued this time around based on Sisi’s belief that the Egyptian state is still facing security and terrorism threats, hence the need for a state of emergency until security is established throughout the country.

This comes at a time when Amnesty International, among other human rights organizations, voiced concerns over the violation of human rights under the state of emergency.