Gaza’s clothing sector sizes up thanks to Hamas-Israel truce

For the first time since the Israeli blockade on Gaza began, textile sales are enjoying an uptick. 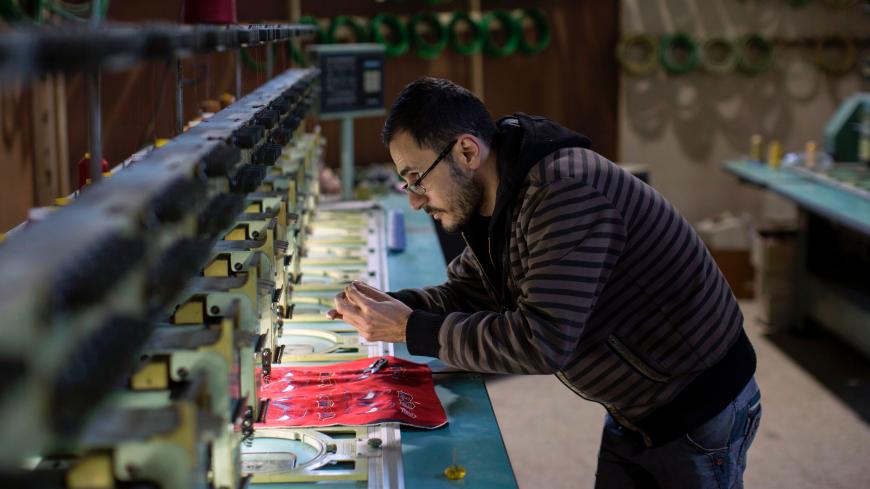 Gaza City, Gaza Strip — Owners of sewing and textile factories in the Gaza Strip are hoping to see a steady increase in their exports to the West Bank and Israel. They credit a slight improvement to the truce understandings reached between Hamas and Israel in March and called on the governments in Gaza and Ramallah to offer incentives to the textile sector.

The truce provided for economic incentives in the Gaza Strip and an increase in exportation at the border crossings.

Abdel Fattah Abu Moussa, spokesman for the Ministry of National Economy in Gaza, told Al-Monitor that there has been a noticeable improvement in the performance of sewing and textile factories, with sales reaching $3 million during the first half of 2019 for the first time since the Israeli blockade on Gaza in 2007.

Abu Moussa attributed the improvement to Israel’s approval to export limited quantities of Gaza-made clothing to the West Bank and Israel, as well as the policy of the Ministry of National Economy to protect local products and encourage production through tax and fee exemption on raw materials in coordination with the Gaza-based Ministry of Finance, in addition to a discount for electricity.

He also talked about the Sewing Factory Owners Association's efforts to expand their work and open new production lines, stressing that Gazan products are of high quality.

“Despite this noticeable improvement, Israel still bans 3,500 merchants from traveling, many of them heads of industrial associations and chambers of commerce,” Abu Moussa said, noting that the restrictions are an obstacle for traders to develop and expand their business.

“The clothing sector was one of the most prosperous in Gaza, but it went downhill when Israel imposed the blockade on Gaza back in 2007, banning Gaza from exporting garment products. This caused the closing of nearly 90% of the sewing factories, which numbered 928 and employed about 35,000 laborers,” Fouad Awda, a member of the board of directors of the Union of Palestine Textile Industries, told Al-Monitor.

He noted that the owners of factories used to rely heavily on the West Bank and Israel as export destinations, in addition to the local market.

“The Gaza government’s policy of relying on imported goods has contributed to the deterioration of the clothing sector,” Awda said. He explained that taxes on imports are beneficial to the government of Gaza, which uses them to cover a portion of its public servants' salaries.

He said that the 2013 Import Substitution Industrialization policy set forth by the Ministry of National Economy has not been applied in Gaza.

In 2015, Israel allowed garment producers in Gaza to export their first clothing shipment to the West Bank and Israel markets for the first time since 2007.

“Since Israel allowed the exportation of clothes from Gaza to the West Bank and Israel in 2015 until now, nearly 40 factories have gradually resumed operation,” Awda said.

“Since the beginning of this year, nearly 17 factories are back to work, with 400 new laborers on the payroll, which brings the number of textile laborers to 6,000. Currently, there are 100 operating factories. This improvement is mainly the result of the incentives offered to merchants under the truce understandings that have recently happened,” he added.

Awda stressed that despite these incentives, Israel continues to deny travel permits to factory owners through the Erez crossing point. He explained that the volatile political situation in Gaza also affects the stability of the sector, as sudden crossing closures disrupt the transfer of goods to Israeli and the arrival of raw materials necessary for production, causing tremendous losses to the factory owners.

Awda hopes that sales will double by the end of the year. He called for opening up Arab markets to Palestinian clothing goods and exempting these goods from importation fees and taxes.

The owner of Aljiya sewing factory, Mohammed Abu Shanab, told Al-Monitor that the electricity crisis is one of the most serious obstacles facing the industry. He said, “Frequent power outages and the high price of electricity hinder our work. The local market is being drowned with imported goods. The sewing profession is on the verge of disappearance due to lack of manpower, years of siege and the ban on exportation.”

He noted that he is currently producing goods for an Israeli client who intends to export them to the United States. "Israeli clients send us fabrics and design specifications and we do the tailoring work. A sample is then sent to the client for verification and approval and then we work on sending the ordered quantity," he explained, adding, “Clients initially ask about the work permit type before agreeing on the business deal to be reassured that the factory owner can freely go to and from Israel to inspect the designs and manage all the details,” he said.

“The unstable political situation makes the clients reluctant to deal with Gazan factories.”

Abu Shanab pointed out that high quality, reasonable prices, cheap labor, ease of communication and payment in the same currency and geographic proximity are among the reasons that encourage Israeli clients to do business with Palestinian factories.

He urged the leadership in Gaza and the West Bank to provide more incentives, stressing the need to strengthen the Standards and Metrology Authority in Gaza. He also pointed out that the Israeli authorities ought to allow the entry of sewing machines, equipment and other materials necessary for the production process.

“For instance, Israel has banned the entry of linen as one of the so-called dual-use imports,” Abu Shanab concluded. 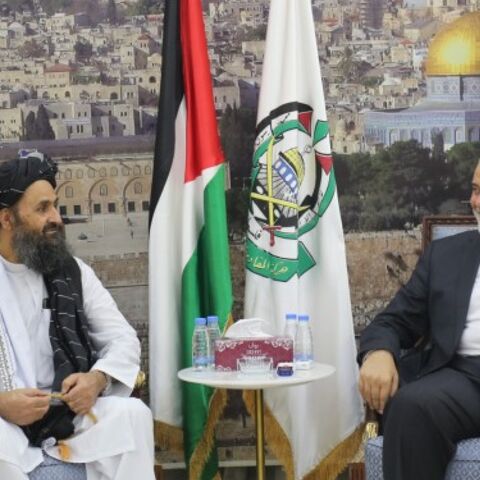