The homegrown, independent Raconte-Arts has become Algeria’s most important community arts festival, but can it cope with the challenges posed by its own success? 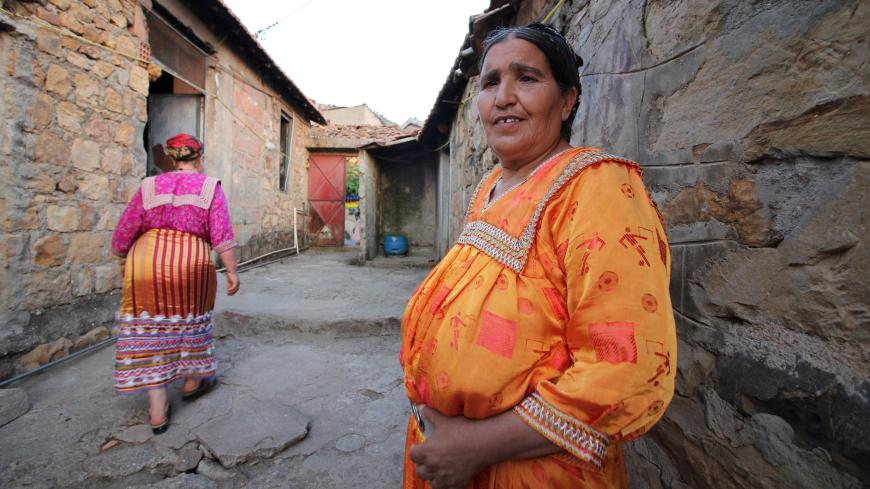 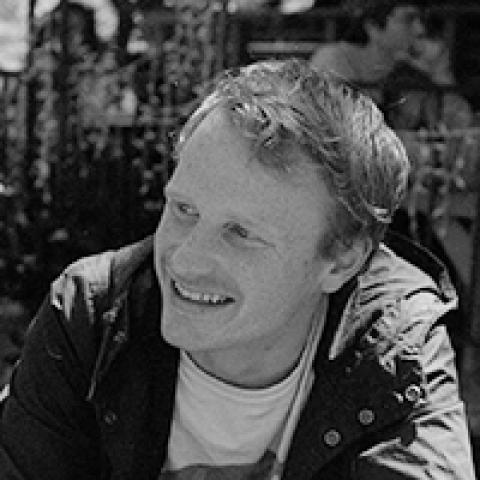 High up in Kabylie, the mountainous region where locals have doggedly resisted Algeria’s various colonizers over millennia, a clump of white-walled houses clings to a rugged hillside. This is the tiny hamlet of Sahel, Bouzeguene, whose population swelled last week with thousands of guests — among them painters, musicians, storytellers, magicians and poets.

The occasion was the 16th edition of Raconte-Arts, Algeria’s wildly popular community arts festival. Each year, a different Kabylie village hosts the week-long event. The official schedule includes concerts, poetry recitals and panel discussions on contentious topics. The true beauty of Raconte-Arts, however, lies in its spontaneity.

Two local mothers, glowing in the arrestingly bright hues of their Kabylie dresses, show off to their young children with a karaoke microphone. A hakawatieh — storyteller — finds a quiet alcove, pulls out his drum and starts spinning a bewitching tale. As evening sets in, young Algerians gather in the moonlight to sing ballads about alcohol and fighting for independence.

“At Raconte-Arts, all of us are the raconteurs,” said Souad Hanniz, a psychologist and singer who at a moment’s notice will belt out tunes in the local Berber language of Kabylie, Arabic, French and English.

Since the festival’s beginnings in 2004, the organizers have championed grassroots collaboration and freedom from political and corporate influence. In the first year, three artists arranged an informal cultural exchange for like-minded people in the Kabylie village of Ath Yenni. Algeria was emerging from a decade of civil war and Kabylie had been rocked by a violent government crackdown in 2001. The first Raconte-Arts set out to reclaim space for cultural expression.

“We did not know that it would be a festival — we were just trying to escape from the dark years,” said Denis Martinez, an internationally renowned painter and Raconte-Arts co-founder. Martinez and his friends identified Kabylie’s villages as the perfect setting for their project, given the region’s reputation for independent thinking and open-mindedness. 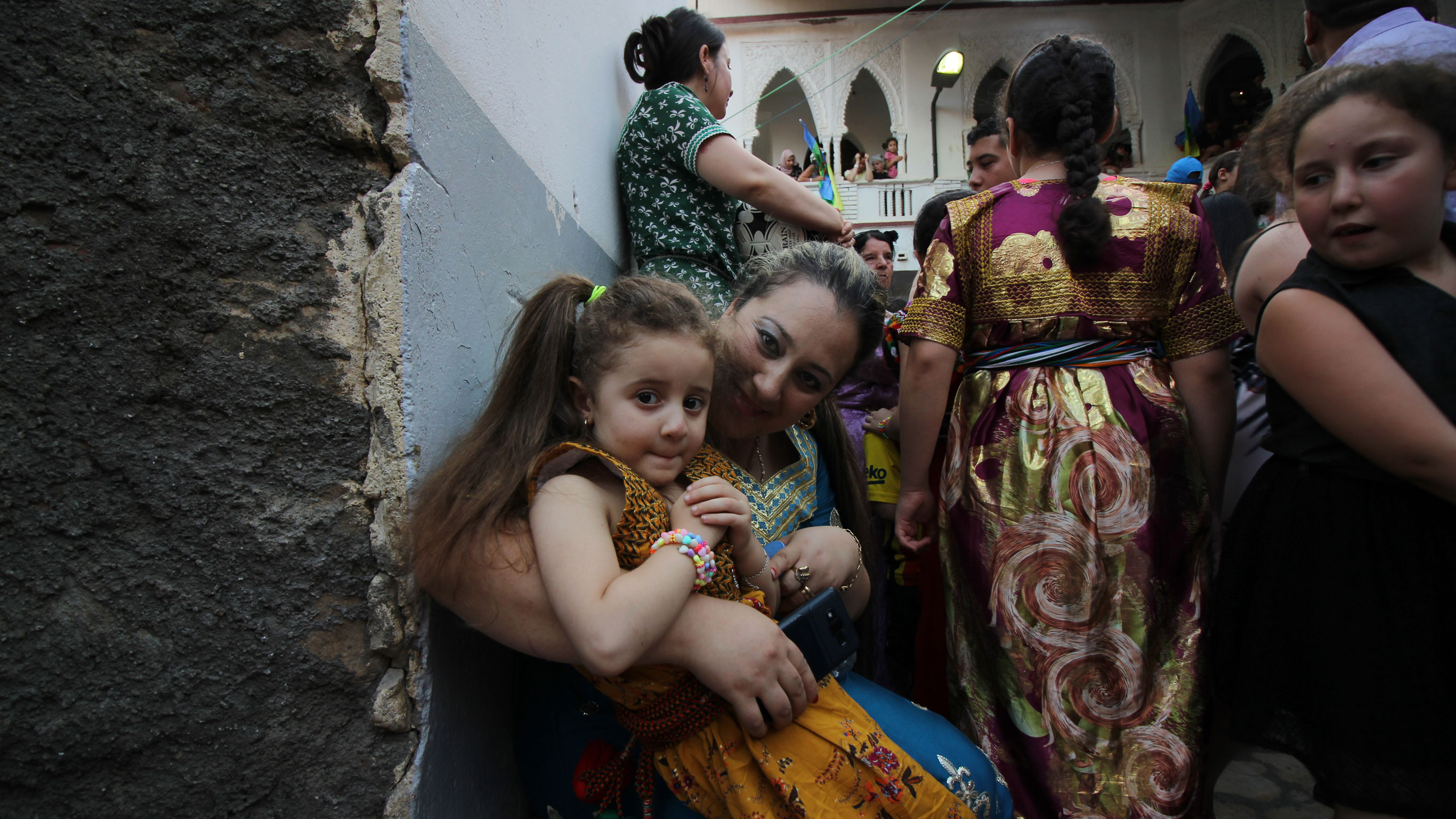 Revelers enjoy themselves at the Raconte-Arts festival. Image by Melanie de Groot

Curious locals visited Ath Yenni from other villages, liked what they saw and offered to host the next Raconte-Arts. “So the festival was born!” Martinez told Al-Monitor.

To this day, the festival relies on hospitality verging on the extreme. The villagers spend months re-paving streets, painting houses and sourcing supplies. During the festival, they provide free food and accommodation for all performers. Thanks to this generosity, Raconte-Arts does not sell tickets and minimizes contributions from sponsors.

In return, the villagers earn bragging rights and national media attention. “Hosting Raconte-Arts is an honor for the village,” Salim, an unemployed Sahel resident, told Al-Monitor. “The festival will make us famous.”

Another incentive for the villagers is exposure to new ways of thinking, according to Raconte-Arts volunteer Athmane Bessalem. “I have seen [villagers] cry by the end of the festival,” he told Al-Monitor. “They feel changed by what they have learned from other cultures.”

The number of Raconte-Arts participants and visitors has expanded dramatically in the past four years, since the festival began advertising on social media. The festival’s first edition drew 50 artists; 550 performers officially registered this year.

The Algerian creatives who flock to Raconte-Arts say there are few major cultural events in Algeria, and support is shaky for the few that exist. The government postponed the 2017 DimaJazz Festival in Constantine and allegedly refused to fund a rai music celebration in 2018. It is unclear if Oran’s famous International Arabic Film Festival will take place this year.

Imane Ouali, a teacher, attends Raconte-Arts to network with others who are passionate about poetry. “Raconte-Arts is the only event of its kind in Algeria,” she told Al-Monitor. “We do not have many opportunities to meet artists, nor do we have many places where we can express ourselves.”

For this reason, Raconte-Arts has maintained its ethos of welcoming all collaborators — famous or not. Martinez, whose evocative painting has won plaudits for decades, draws huge crowds while working on his latest mural. There is also space for the Isabelle Eberhardt Cultural Association of Bejaia, a tight-knit society dedicated to promoting Eberhardt’s little-known books.

But expansion brings its own set of challenges. The festival is becoming more costly to run, which has forced organizers to seek more corporate sponsorship. This year, an unobtrusive sign advertised the local company that paid for the musical stage and audio equipment, which were priced beyond the villagers’ means.

The sheer weight of numbers attending is also pushing capacity to a breaking point. Some Kabylie villages are simply not large enough to host the festival. Organizers have considered creating a second, “mini” Raconte-Arts to better include smaller communities, but that workaround has limits. “We know that mini Raconte-Arts will never be the same as big Raconte-Arts,” Bessalem, the volunteer, told Al-Monitor.

Even Sahel, an experienced host of several other cultural events, had enormous difficulty finding housing for all the overnight visitors this year. Bessalem fears that turning away guests might damage the festival’s prestige. “If people come and cannot be hosted, they will accuse the organizers of being liars,” he said.

The question of how to reconcile Raconte-Arts’ grassroots origins with its overwhelming popularity has not dampened the spirits of organizers and attendees. Martinez enthuses about what he describes as a “youth invasion” that now converges to exchange ideas from across Algeria and foreign countries.

“Performers come to the festival with [their own] experience, but they all leave with an even greater experience,” he said.

Ouali, a perfect example of these young creatives, hailed the festival as her annual respite from the cultural alienation facing many Algerians today. “Raconte-Arts is for everybody,” she said. “It feels like home.”