The government’s defeat in Istanbul's mayoral election is nothing less than a historic watershed, for Erdogan lacks the means to remedy the factors behind this outcome, mainly the economic crisis bruising the country. 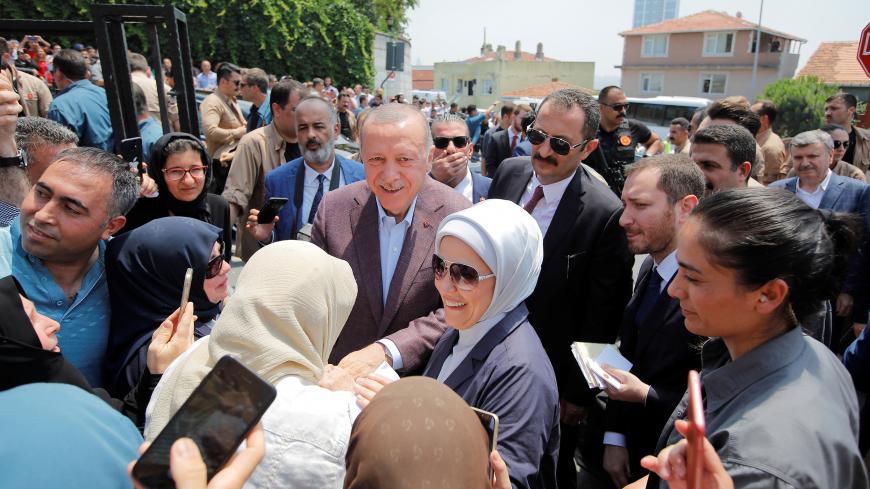 “If we lose Istanbul, we lose Turkey,” President Recep Tayyip Erdogan opined a couple of years ago over the political fortunes of his Justice and Development Party (AKP).

On June 23, Erdogan and his party suffered a historic debacle in the rerun of the mayoral race in Istanbul. Binali Yildirim, an AKP heavyweight who ran as the candidate of the People’s Alliance between the AKP and the Nationalist Movement Party (MHP), was outstripped by 806,000 votes by Ekrem Imamoglu of the main opposition Republican People’s Party (CHP). Imamoglu, who ran as the candidate of the Nation Alliance between the CHP and the right-wing Good Party, clinched 54.21% of the vote, boosted by decisive backing from the base of the pro-Kurdish Peoples’ Democratic Party. Yildirim trailed behind with 45%, a share that signifies a big loss of votes for Erdogan and the AKP in Turkey’s biggest city.

Yielding to pressure from Erdogan, the Supreme Electoral Council had canceled the original March 31 vote, which Imamoglu won by a margin of 13,000 votes. Erdogan argued at the time that “an election victory by such a tiny margin will not set the people’s mind at rest” and that “no one should put on airs as a winner with a lead of just 13,000 to 14,000 votes.” His own argument can now explain why he lost big time in the rerun. Had he stomached a defeat by “a tiny margin” of 13,000 votes on March 31, he would not have lost by a margin of 806,000 votes on June 23.

Erdogan’s setback amounts to a political earthquake. The June 23 result is nothing less than a tectonic shift in Turkish politics, the impact of which was felt in all of Istanbul’s districts. Imamoglu increased his vote in all 39 districts, while Yildirim saw his vote decline across the city, barring only one district.

The outcome speaks to a significant shift of votes from the governing party to the opposition, which could also be observed in who got the most votes on a district basis. Yildirim, who had outstripped his opponent in 23 districts in the original vote, fell behind in 12 of those districts in the redo. Imamoglu came in first in 28 of the 39 districts.

So, Erdogan did lose Istanbul. And his prophecy about what comes next is not baseless. He could well lose Turkey down the road because any political change in Istanbul reflects on the whole country sooner or later. A megapolis of 16 million people, Istanbul is a role model emulated by the rest of the country. It is the trendsetter in almost everything, from lifestyles and consumption habits to sports, culture and arts. And any trend that Istanbul does not adopt remains local, failing to spread across the country. This goes for political trends as well. One cannot win over Turkey without winning over Istanbul.

Almost all governing parties in Turkey have been tested on the local level in Istanbul first. And vice versa, a party’s loss of Istanbul is the ultimate sign that it is riding on a descending momentum. Istanbul is the harbinger of beginnings and ends.

Turkey’s political history confirms Erdogan’s prophecy: those who lost Istanbul ended up losing Turkey as well. The collapse of the Motherland Party of the late Turgut Ozal, for instance, began with its defeat in Istanbul in the 1989 local polls.

Conversely, Erdogan’s election as Istanbul mayor in 1994 heralded the ascent of political Islam to the top echelons of power. His loss of Istanbul now is a clear sign that the trend has reversed. The threat of losing Turkey next is very real, for Erdogan is short of tools to stop or reverse the downward momentum.

Speaking of tools, one that inevitably comes to mind is the judiciary, which Erdogan’s government has weaponized against the opposition. Could Erdogan make use of the judiciary to take Istanbul back and dispel the threat of losing Turkey? He has already signaled he might try this course of action over allegations that Imamoglu insulted the governor of the Black Sea province of Ordu, who barred him from using the VIP section of the local airport after a visit to the region June 6.

In a TV program three days before the June 23 vote, Erdogan suggested that Imamoglu could be stripped from his post by judicial means even after his election. “The judiciary is the one to decide the consequences of calling a governor of this country a ‘dog.’ The consequences of such insults … are, in fact, obvious in the laws,” Erdogan said, referring to jail terms that could result in Imamoglu’s removal from office.

Erdogan then recalled his own incitement conviction over a poem he recited at a rally, for which he served about four months in jail in 1999. Drawing a comparison to Imamoglu, he said, “I was already a mayor when I was convicted because of a poem. Did they strip me from my post? They did. And this guy is swearing even before he has become mayor.”

Under Turkish law, jail sentences of more than a year undo the eligibility of mayors. Yet, if Erdogan goes ahead with weaponizing the judiciary to oust Imamoglu, this could only backfire and further strengthen the CHP politician.

To fend off the threat of losing Turkey, Erdogan must find a remedy to the main trouble that cost him Istanbul, namely the skyrocketing prices and joblessness. The impact of those two highly damaging factors has been amplified by the government’s failure to put up a comprehensive and credible package of measures against a deepening economic crisis.

Turkey’s leading economists seem to agree that Ankara can no longer overcome the crisis without support from the International Monetary Fund (IMF). Yet Erdogan has said time and again that “the IMF chapter has been closed” for the country.

Erdogan’s “IMF inhibitions” have been of a political, ideological and psychological nature thus far. The pressure of the economic crisis could “help” him overcome those inhibitions in the coming days, but Turkey could still face an outside geopolitical hurdle, stemming from the S-400 crisis. Ankara is on course to become the target of US sanctions under the 2017 Countering America’s Adversaries Through Sanctions Act, unless it makes an 11th-hour decision to back down from receiving and deploying the Russian-made S-400 air defense systems.

The act requires President Donald Trump to choose five measures from a list of 12 sanctions against the targeted country, including the prevention of that country’s access to aid from international financial institutions. Trump could skip that particular sanction against Turkey, in which case its access to the IMF would not be blocked. This, however, would not mean an end to the risks.

With the threat of a foreign debt crisis already looming large, Turkey’s borrowing costs are expected to soar dramatically under the added impact of US sanctions. Such a huge drawback could hardly help Erdogan in reversing his downward momentum. Even if he strikes a deal with the IMF, the resulting “bitter pills” would exact a political price.

Meanwhile, it has quickly become obvious that the historic Istanbul defeat will accelerate the trend of unraveling within the AKP. Reports already abound that Ali Babacan, Erdogan’s former economy supremo, is planning to launch a new party in September, backed by former President Abdullah Gul.

Babacan’s party is expected to lure lawmakers from the AKP and could even strip the AKP-MHP block of its parliamentary majority, threatening to further cripple the government’s ability to govern the country.

Of note, the AKP not only lost voters to Imamoglu in the rerun, but saw a lower turnout among its supporters. The fact that Imamoglu beat Yildirim by 10 percentage points, while the overall turnout increased by only 1 percentage point cannot be explained otherwise. Hence, the AKP appears to have alienated a significant number of its voters, who might gravitate to Babacan’s party in the coming days, reinforcing the trend of weakening in the AKP.