Would Palestinian factions go all the way to pay back Iran

While Iran is the main supporter of the Palestinian resistance factions, how would these factions react to a military confrontation between Iran and the United States? 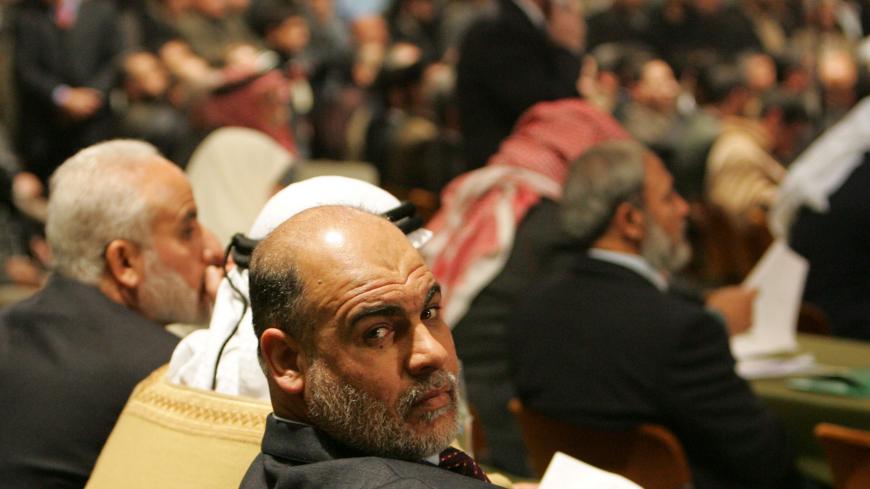 GAZA CITY, Gaza Strip — As Iran is the main party fueling Palestinian resistance factions, questions are being raised regarding the stance of these factions if a military confrontation were to break out between Iran and the United States. What are the chances of such a confrontation leading to a new clash between factions and Israel, which is the key US ally against Iran in the Middle East?

After Iran downed a US drone June 20, the odds of a US-Iran military confrontation peaked.

US President Donald Trump announced June 22 that the US Army was on the verge of executing military strikes against Iran in response to the downing incident, but reconsidered at the last minute.

Since the 1979 Iranian Revolution, Iran has been the key supporter of Palestinian factions, notably Hamas and the Islamic Jihad. It offers them financial and military support, in addition to military expertise to develop their missile capabilities, among others.

Palestinian factions and Iran have had frosty relations that entailed a decline in Iranian support, on the grounds of a dispute over the Syrian and Yemeni conflicts raging since 2011 and 2015, respectively. In March 2019, Iran, which is largely involved in both conflicts, resumed support for Palestinian factions, but at a lesser extent, according to the local al-Quds newspaper.

Hamas head in Gaza Yahya Sinwar praised the Iranian financial, political and military support and the transfer of expertise to Palestinian factions in Gaza on May 30, during the International Conference on Supporting Palestine Intifada, which Iran organizes annually in Gaza City.

Hamas leader Yahya Moussa told Al-Monitor, “Iran and Hamas have an old political alliance based on Iranian bias to Palestinian rights, but this alliance does not entail Hamas engaging in a war for Iran’s sake.”

He noted that, through its resistance against Israel, Hamas wants to restitute Palestinian rights. He added, “No military confrontation between Israel and the resistance has ever had foreign goals,” underlining that Hamas stands by its stance not to receive any conditional financial or military support. “We don’t have to be dragged into a war with Israel if Iran faces a military attack.”

While several Islamic Jihad leaders refused to make statements to Al-Monitor regarding their stance on military action against Iran, a prominent leader in the movement told Al-Monitor on condition of anonymity, “The Islamic Jihad firmly stands by those who supported it and offered it ways to confront Israel.”

The source added, “Our action against Israel will remain limited to restituting Palestinian rights like the return of Palestinian refugees, getting Jerusalem back, freeing the detainees and liberating the occupied Palestinian territories. But if Israel decides to ally with the US to engage in a military confrontation against Iran, we will take a different stand, which we will reveal in good time.”

The source noted, “The Islamic Jihad will not abandon the country that supported it [Iran] in fighting Israel, if that party faces an attack.”

He noted that Palestinian factions would interfere if Iran faces an attack, “not to defend Iran as much as to defend themselves and their existence. There is no resistance without Iran, which is the backbone of all anti-Israel military resistance in Palestine and Lebanon.”

Abdo did not rule out high-level coordination between Palestinian factions and Iran to face any US or Israeli blows targeting Iran.

Iranian Minister of Intelligence Mahmoud Alavi met with a high-ranking Hamas delegation led by the deputy head of its political bureau, Saleh al-Arouri, June 16 in Beirut to discuss ways to face US-Israeli threats to the Palestinian cause.

In a post-meeting statement released by the factions and published in Asharq al-Awsat April 14, the factions reiterated “the interlinked role of all axis of resistance forces and countries in the region to fight threats and schemes targeting Iran, Syria, Palestine and Lebanon.”

Iyad Qara, a journalist at the Hamas-affiliated Felestin newspaper, told Al-Monitor, “Factions in Gaza will not keep mum about any military act against Iran, which would increase the odds of a new confrontation with Israel.”

He added that Iran and Palestinian factions need to keep their relations within the framework of an alliance, because Iran is the only country that kept supporting them with weapons and funds. Any targeting of Iran would affect them, too. He wrote, “Similarly, Iran believes the factions in Gaza are the only ones fully ready to engage in a military confrontation against Israel.”

Talal Okal, a journalist at al-Ayyam newspaper, told Al-Monitor that it is unlikely the factions in Gaza would react with a military attack on Israel if Iran is targeted militarily. “I think relations between Iran and the Palestinian factions do not amount to joint military confrontations," he said. "Throughout all past Israeli wars against Palestinians, Iran did not make any military reaction.”

Okal went on, “Besides, the Palestinian resistance wants to achieve goals that are purely Palestinian, like lifting the Israeli blockade on Gaza, freeing the detainees and ending the occupation.”

He concluded that the new US sanctions against Iran would only further reduce Iranian support for Palestinian factions, which have struggled with deep financial crises for years.