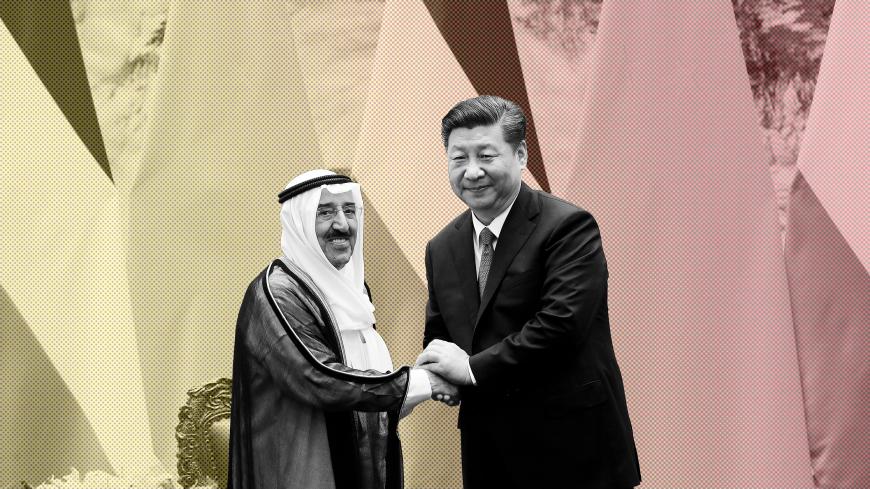 At the forefront of Kuwait’s Vision 2035, a megaproject aims to turn the sparsely populated narrow northern end of the Gulf into an international trade hub. According to Dong Taikang, chairman of the Chinese Association in Kuwait, the $100 billion new metropolis called Silk City is set to become a vast free zone offering transhipment services to supply the nearby Iraqi and Iranian markets.

Already under construction on Bubiyan Island, Mubarak Al-Kabeer Port is reportedly the most expensive port development in the region at $9 billion.

In addition to serving as a logistical center, Silk City is expected to create at least 200,000 jobs and house up to 700,000 people. It will include entertainment facilities, workplaces, retail areas, an Olympic stadium, an international airport and a skyscraper called Mubarak Al-Kabir Tower.

According to Sara Akbar, a member of Kuwait's now-disbanded agency to implement Silk City, "What has been executed so far includes the first phase of Mubarak Al-Kabeer Port, part of a railroad network and the Sheikh Jaber Al Ahmed Al Sabah Causeway," a 36-kilometer (22-mile) bridge inaugurated in May 2019 to link the country’s capital to Subiya, where a 5,000-megawatt power plant has already been built. The Board of Trustees of Silk City and Boubyan Island was dissolved without a public explanation, government sources saying simply that a new board would be formed soon.

Kuwaiti officials foresee Silk City as a place where technology-oriented trade and finance businesses can thrive. Expected to be completed within 25 years, it will foster the emirate’s economic diversification. Kuwait holds the world’s sixth-largest oil reserves, which account for around 90% of government revenues.

Plans remain light on detail and progress has been limited, prompting some skepticism. Prominent Kuwaiti investor Ali Al-Salim referred to the causeway as "a bridge to nowhere."

In May 2019, Reuters reported that China could get involved in managing Mubarak Al-Kabeer Port and share management of the economic zone. Jonathan Fulton, author of "China's Relations with the Gulf Monarchies," told Al-Monitor that Kuwaiti delegations have gotten reached out to China to advance the project.

“Kuwaiti leaders saw an opportunity to bring Chinese firms on board,” he said, with China expressing interest in connecting Kuwait's Silk City to its ambitious multibillion-dollar Belt and Road Initiative.

However, the project will have to face opposition from some of Kuwait's vocal Islamist opposition members in parliament. Conservative parliamentarians at the Kuwait National Assembly oppose China’s global ambitions. “If they don’t stop slaughtering Chinese Muslims, we will hold up the Silk City talks with them,” Islamist parliament member Mohammed Hayef Al Mutiri told Al-Monitor.

He was referring to the arbitrary detention by Chinese authorities of about one million Muslims belonging to the Turkic ethnic minority in Xinjiang, a province in northwest China. “In those camps, they are subjected to forced political indoctrination, renunciation of their faith, mistreatment, and, in some cases, torture,” Human Rights Watch stated in February 2019. In alliance with other parliament members, Al Mutiri intends to form a parliamentary opposition group to block Chinese investments in Kuwait. “Silk City is the Kuwaiti government’s political leverage to force China to end repression against its Muslim communities,” he declared.

A representative of the People's Republic of China to Kuwait claimed those allegations are "groundless and fake," adding to Al-Monitor that international delegations are "welcome to visit China and understand Muslims' life with their own eyes." The UN’s high commissioner for human rights' recent call for unrestricted access to Xinjiang suggests it might not be so simple.

Beyond human rights concerns, several Kuwaiti parliamentarians also fear that the territory on which Silk City will be built could function as a "state within a state" governed by liberal private laws that fall outside of the jurisdiction of Kuwait, which is governed in part by Islamic law.

According to Mohammed Al-Dalal, a Kuwaiti Muslim Brotherhood parliamentarian, the prospect of Western-inspired laws taking over Kuwait’s northern territories is "unacceptable for a majority of Kuwaitis." Al Mutiri commented that in the face of such dangers as legalizing alcohol, relationships outside of marriage and homosexuality, “we need to protect our Islamic culture.”

Akbar envisions Silk City as an attractive international environment different from Kuwait’s mainland that will feed Kuwait's growth and links to the global economy. The Kuwait Times quoted a senior government official as saying that the project also aims to avoid “painful bureaucracy.”

In Silk City, we should be more efficient than in super-regulated mainland Kuwait. Commercial terms should be different, as well as the ability to execute projects,” said Akbar of the effort to create an atmosphere attractive to foreign investors.

According to sources familiar with the matter, a parliamentary debate over the lack of consensus is expected to take place "after the summer," once a bill is submitted to the parliament.