A US official recently said that Jordan, along with Egypt and Morocco, will attend the Bahrain economic workshop aimed at attracting investments to the Palestinian territories, but Jordanian officials have yet to confirm the reports. 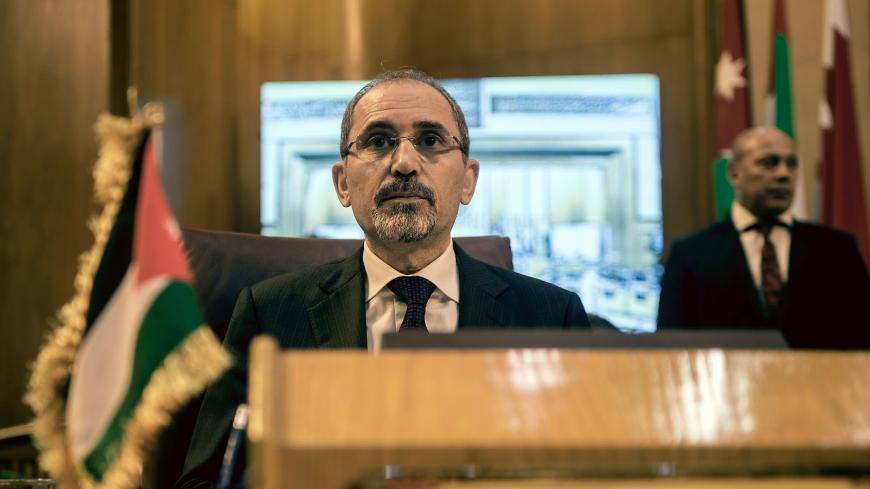 Jordan is keeping its citizens guessing on whether it will send a delegation to attend a US-sponsored peace workshop in Bahrain later this month. The event, to be held in Manama June 25-26, aims to attract investments for the Palestinian territories and is believed to represent the economic component of US President Donald Trump’s so-called deal of the century to end the Israeli-Palestinian conflict.

While the Jordanian government has kept silent on its position on the Bahrain event since it was announced in May, Jordanians were surprised to hear on June 11 from a White House official that Jordan, along with Egypt and Morocco, had confirmed their attendance. According to the Associated Press, the US source hailed the attendance of the Arab states as a sign “that our workshop is gathering momentum.”

Israel’s Haaretz said on June 11 that King Abdullah told Jordanian media that his country “should take part” in international conferences concerning the Palestinian-Israeli conflict, naming the upcoming Bahrain summit “or other conferences,” so that Amman “wouldn't be left out of the room.”

The Jordanian media outlets that reported the monarch’s meeting did not mention his reference to the Bahrain conference, although one former lawmaker who attended the meeting confirmed to Al-Monitor that the statement was true.

Two days later, on June 13, Foreign Minister Ayman al-Safadi told al-Mamlaka TV that Jordan’s stand on the Bahrain workshop will be announced “clearly and confidently” based on “our firm stands that are known to all.” He added that “we did not announce our official position because we reserve the right to evaluate and consult with our friends and when we adopt our decision we will declare it clearly.”

Safadi continued that “Jordan’s firm stands are clear and there is no solution to the Palestinian issue except through ending the occupation and the establishment of an independent Palestinian state on the June 1967 lines with East Jerusalem as its capital.”

Earlier on June 12 in a meeting with his Japanese, Norwegian and Swedish counterparts in Stockholm, Safadi was quoted as saying that “no economic proposition can replace a political resolution to the occupation of Palestine, one that is founded on the basis of the two-state solution.”

The Palestinian Authority (PA), which has boycotted the event, has criticized the Arab countries that will go to Manama. Spokesman for the Palestinian government Ibrahim Milhem expressed the government’s “deep sorrow” that Amman and Cairo have declared their participation in the Bahrain workshop, which, according to him aims at “replacing the land for peace slogan with prosperity for peace.” He called on both governments to reverse their position.

Also in an interview with The Times of Israel on June 12, Saeb Erekat, the secretary-general of the PLO Executive Committee, called on Arab states attending the event not to undermine the Palestinian cause for their gain. He said that the Palestinian leadership had communicated to Arab states attending the workshop that it did not give them a mandate to negotiate on its behalf.

Saudi Arabia, the UAE and Qatar have already announced that they will send delegations to Manama.

Public opinion in Jordan has been overwhelmingly critical of the goals behind the Bahrain workshop and has called on the government not to attend. The Islamic Action Front, Jordan’s largest opposition party, made its position clear early on. In a statement May 21, the party called on the government not to attend the workshop, which aims at “liquidating the Palestinian cause.” Reiterating a similar stand, the head of the Agricultural Engineers Union, Abdel Hadi al-Falahat, urged the government on June 13 not to attend the Bahrain workshop and to take the side of the people by “sending a clear message to the rest of the world.”

But observers here believe that Jordan can't afford not to attend the Manama event, which is sponsored by the kingdom’s main financial and military supporter. They expect an official position to be made clear within a few days along the lines outlined by the king and Safadi.

Former Chief of the Royal Court Adnan Abu Odeh told Al Jazeera on June 12 that while a final decision has not yet been made, it was in Jordan’s interest to participate. One reason for the delay could be that the government still hopes that lukewarm reception to the US proposal by its Arab allies and the fact that Israel is busy with snap elections this September may convince the White House to postpone the event.

Meanwhile, King Abdullah continues to defend the two-state solution as the only path to a genuine political settlement while rejecting proposals to settle Palestinian refugees or compromise Jordan’s sovereignty. In his June 11 meeting with local media, he underscored “Jordan’s unwavering position on the Palestinian cause and Jerusalem, as well as its support for the Palestinian people in their pursuit of their just and legitimate rights,” a stand that is clearly in contradiction of Trump’s much hyped plan.