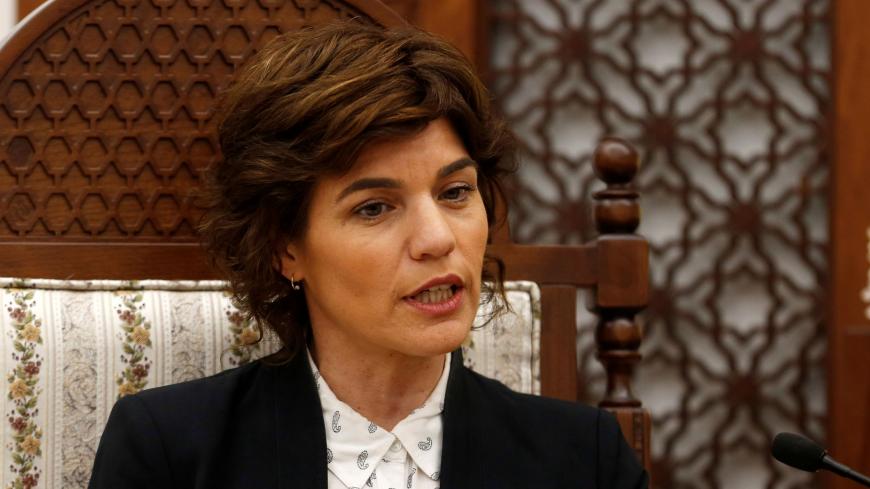 The left-wing Meretz party is at a crossroads as it faces the threat of being wiped out. In the April elections, the party barely crossed the electoral threshold, and its survival in the Sept. 17 elections is uncertain.

The party’s central committee convened on June 16 to decide the format for picking the party leader and its candidates for the elections to the 22nd Knesset. They decided that rather than picking the Meretz leader and candidates in open primaries — as was the case for the first time earlier this year — the committee would make both decisions (on June 27 for the leadership and on July 11 for the candidate list). The decision set off a race between former Knesset member Nitzan Horowitz, an outspoken advocate of human rights and civil equality, and Knesset member Tamar Zandberg, under whose leadership the party only obtained the bare minimum of votes needed to enter the Knesset.

The two are quite dissimilar, with the most tangible difference being Zandberg’s support for turning Meretz into a joint Jewish-Arab party, a move that would substantially change the party’s nature and the direction of the political left in general. Horowitz, on the other hand, is enthusiastically championing a joint run with the center-left Labor party, a move that could clash with party efforts to appeal to Arab voters.

Knesset member Issawi Freij, the only Arab lawmaker representing a Jewish party, raised the idea of turning Meretz into a joint Jewish-Arab party. Freij, a resident of the town of Kafr Kassem, garnered 8.7% of the vote in Druze and Arab voting districts in the April elections, accounting for 1.5 of the four Knesset seats Meretz obtained.

Freij told Al-Monitor that the low Arab voter turnout (only 49.2%, according to the Israel Democracy Institute) along with broad Arab support for Meretz prove that “the Arabs are sick and tired of sitting on the sidelines and watching the Jews play in the political arena. For them, voting for the Arab parties that by definition do not take part in the game appears ineffectual. One reaction to this view is boycotting the voting as many did, and another reaction is voting for non-Arab parties, notably Meretz.”

Freij believes Meretz could enhance this trend significantly if it becomes a true Jewish-Arab party, paving the way for full and real Israeli Arab participation in politics and government. With that in mind, Freij suggested the party change its articles of association to allow a joint Jewish-Arab leadership consisting of one Jewish and one Arab chair. Given the positive reactions of many in the party, Freij and former Knesset member Mossi Raz announced on June 12 that they would run together for the Meretz leadership.

The Meretz committee, composed of some 1,000 delegates, failed to mobilize a two-thirds majority for amending the articles of association on June 16, but Zandberg announced the following day that she would promote such a measure and bring about real Jewish-Arab partnership within the party. “A party with myself as its head and Issawi in second place would build a strong Arab-Jewish camp leading us to victory,” she said at a news conference. Freij and Raz then said they would withdraw from the race and endorse Zandberg. Raz told Al-Monitor that Zandberg would start working to amend the articles of association right after the September elections.

What is the practical meaning of such a move? The Meretz platform says, “The State of Israel is a democratic state, the state of the Jewish people and of all its citizens. The Jewish people’s right to a national home and the right of all of Israel’s citizens to full partnership in sovereignty over their state are not mutually exclusive, appearing as they do side-by-side in the State of Israel’s declaration of independence.”

Freij said his move is designed to realize the party platform in both a symbolic and practical sense. He added that a joint Arab-Jewish leadership would bring to the fore the advancement of civil equality for Arab citizens, both within Meretz and in general, turning the two people into equal partners in running the state and their lives.

Maha Karkabi Sabah, a lecturer in sociology at the universities of Haifa and Tel Aviv, endorsed these views. Speaking to Al-Monitor, Sabah argued that the low voter turnout stems from Arab disappointment in the country’s leadership, among other things. “No [Israeli-Jewish] leader, not even in the left-wing parties, has ever seen the Arabs as partners, and the Arab street understands that it doesn’t count,” she said.

Raz calls Israel’s Arab citizens “Palestinians.’’ At the same time, he said that, obviously, the Palestinians’ national aspirations will express themselves in the establishment of a Palestinian state, while Israel will remain the national expression and home of the Jews. His words do not reflect a change in the fact that Meretz is a Zionist party. On the other hand, Raz calls for a change that lies essentially in the struggle for the collective rights of the Palestinian-Israeli minority to education, culture and more. Raz said Meretz will be the first party in the world to be led jointly by representatives of two different peoples.

Jurist and left-wing activist, professor Mordechai Kremnitzer, who specializes in the study of democracy, said that the words “a state of all its citizens,” which Meretz espouses, means granting minority rights such as language and educational and cultural autonomy. These rights could have national significance, for example, in plays, exhibitions and song festivals marking the Nakba, the “disaster” that befell the Palestinian Arabs when Israel was founded in 1948. According to Raz and Kremnitzer, this is the meaning of autonomy, and Israel’s democracy must be able to contain it.

Not everyone in Meretz agrees with focusing on advancing civil equality for Israeli Arabs. Zandberg came in for harsh criticism both before the April elections and after. Party activists accused her, among other things, of dragging Meretz too far to the left of the political spectrum.

A top Meretz official told Al-Monitor that Meretz swept the party too far to the left, alienating many intrinsically Zionist voters who do not like her criticism of army actions, unlike the attacks on the policy of Prime Minister Benjamin Netanyahu, which they regard as legitimate. The official said that if Zandberg opts for an internal party partnership with Arabs (such as co-chairing or changing the party charter and priorities) at the expense of trying to form a relationship with the Labor party, she would be condemning Meretz to the status of a barely Zionist, marginal party, undermining the ideological grounds for its existence.

Zandberg actually called to run together with Labor on one ticket for the next elections (with Meretz keeping its independence inside such an alliance), to ensure that the party passes the Knesset entry threshold. Yet Labor had rejected such a possibility, even before the April elections. Labor heads feared that running jointly with Meretz, and especially with Zandberg, would drive Labor supporters to vote instead for the Blue and White party.

In 10 days, Meretz delegates will determine the identity of the party’s next chair. Their decision will also point the party’s way forward — whether toward an expanded partnership with the Arabs or a connection with Labor.