The decision by Beitar Jerusalem owner Moshe Hogeg to hire Ali Mohamed to play for the team unleashed all the team’s racist demons, particularly among La Familia, the team’s infamously far-right fan club. 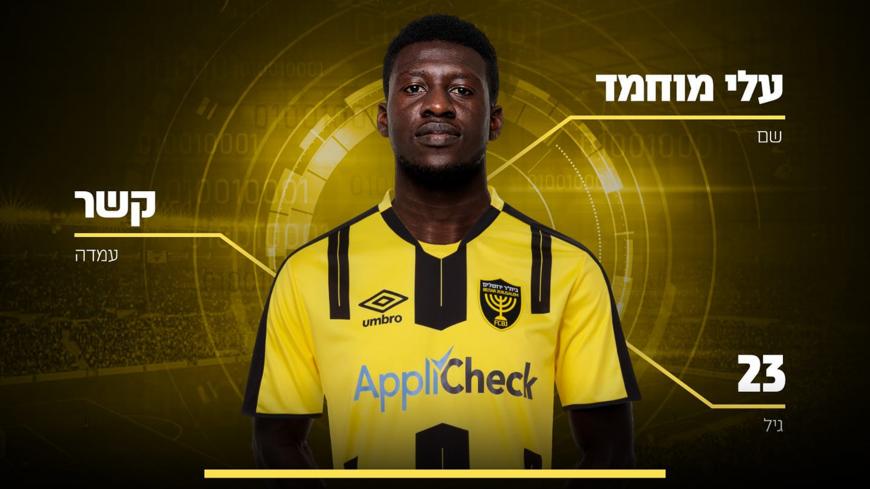 The Beitar Jerusalem soccer team's signing a new player for next season would have mostly gone unnoticed under normal circumstances. This time, however, the story made the headlines throughout the country and even abroad. What made it front-page news was the new player’s name — Ali Mohamed — which flew in the face of the team’s most racist fans.

Some of these die-hard fans are members of a group called La Familia, known not only for their fanatical adulation of the team but also for their intense racism and hatred of Arabs, something they publicly admit. On occasion, these fans show up at games wearing the shirts of the far-right Kach movement. In August 2018, the leaders of La Familia met with Beitar owner Moshe Hogeg and made it perfectly clear to him that they would do everything they can to block any attempt to recruit Muslim players. In the past, they have shown up at games carrying huge placards and banners with chilling slogans such as "Beitar, Forever Pure."

These fans' racism reached its peak in 2013, when then-owner of the club and businessman Arkady Gaydamak recruited two Chechen Muslims — Dzhabrail Kadiyev and Zaur Sadayev — despite La Familia's bitter opposition. Fans responded by cursing the players during training sessions and games, setting fire to the Beitar offices, and booing and walking out when Sadayev scored a goal for the team. In a matter of months, the two men broke down, quit the team and left Israel for good.

In November 2018, Hogeg said, “Not every Muslim wants to kill a Jew. Beitar will be as diverse as the Israeli national team.” This might have been foreshadowing to his recent move of adding Ali Mohamed to the roster on June 10. La Familia responded immediately, warning Hogeg not to hire Mohamed, who was a citizen of Niger and played for Maccabi Netanya last season. La Familia declared that no Mohamed would ever play in Teddy Stadium. But Hogeg refused to be intimidated. He responded by filing a complaint with the police and threatening a lawsuit against four fans for harming the team’s reputation.

His dogged resolve caused the members of La Familia to back down slightly. They announced on Facebook that they have no problem with the new player since he is "a devout Christian."

They urged, however, that he change his name. "We have a problem with his name. We will make sure to change it, so that the name Mohamed is never heard in Teddy Stadium." The post received resounding condemnation and was eventually erased. It was replaced by a new post, saying that fans would simply call the new player by another name, like Mo — the name used by fans of Liverpool FC for Egyptian player Mohamed Salah.

Hogeg reacted to this in a TV interview, clarifying that the player’s full last name, Mohamed, would appear on his jersey, as is common practice, and that when he scores a goal for the team, the loudspeakers in Teddy Stadium would call out his full name.

Hogeg told Al-Monitor that the club is not racist, nor are its fans. "This very small group that expresses itself like that is shrinking. New reports from this year about the conduct of Israeli fans indicate that Beitar fans behave better than others. This small group that causes us damage are not real fans, even if they wear the Beitar cap or shirt." Hogeg was referring to the soccer-conduct report published last week by the New Israel Fund.

Mohamed himself was taken aback by all the commotion surrounding him. He sent a message through his agent, saying, “I’m confused. I dream of succeeding, but I don’t want the team’s fans to oppose me.” His agent said that Mohamed has received hundreds of supportive messages from Beitar fans, but also a few messages demanding that he change his name, or else they would make his life miserable.

That has happened before. There were quite a few clashes between La Familia supporters and fans of the Arab Bnei Sakhnin soccer club over the last few years. Some games between the two teams were even played without any fans of the visiting team allowed in the stands. Beitar fans often expressed their hatred for Arabs with chants and songs mocking Arab Knesset member Ahmad Tibi, an avid soccer fan who attends Sakhnin’s games.

In January 2018, Minister of Culture and Sport Miri Regev posted a video on Facebook showing her in the stands reserved for Beitar Jerusalem fans, while they jeered the Sakhnin team and sang, “May their village burn to the ground.” Facing sharp criticism for this, she removed the video and condemned the far-right, often violent fans. Nevertheless, she also criticized the Sakhnin players for kneeling in prayer, in keeping with Muslim custom, whenever they scored a goal. Regev called this an unnecessary provocation.

Another well-known fan of Beitar Jerusalem is former Minister Avigdor Liberman. While he is a regular in the stands, he has never been heard to publicly condemn the racist taunts.

There is, however, one prominent supporter of the team, who refuses to be silent about the fans’ racism — President Reuven Rivlin, who actually managed the team many years ago. After the Chechen players' incident, Rivlin, then speaker of the Knesset, said, “As a Beitar supporter and former manager of Beitar Jerusalem, it pains me to hear calls for Beitar to preserve the purity of the Jewish race. If calls like that in other [soccer] leagues targeted Jews, there would be a major uproar about it in Israel. We stand at the forefront of the struggle against racism and xenophobia. For generations, we have borne deep scars on our flesh because of phenomena such as these. We cannot remain silent when we hear these calls. This has been going on for a decade now, meaning that it is no longer limited to some tiny fringe group.”

In September 2018, Rivlin oversaw a conciliation agreement between the heads of Beitar Jerusalem and Bnei Sakhnin. Hogeg met with Bnei Sakhnin Chair Mohammed Abu Yunes at the president’s residence, and the two announced that supporters of the visiting team would once again be allowed to attend games. At the time, Hogeg explained that he came to Beitar “to instigate social change. I realized that with a great team with such a glorious reputation there was a real opportunity to do something. The [biblical] verse, ‘Love your fellow man as yourself,’ gave me hope that it is possible to instigate real change.”

Hogeg’s decision to add Mohamed to his team’s roster and his refusal to give in to La Familia fans are evidence that he is an owner who stands by his word. The changes he is making to the soccer club could certainly rescue the honor and dignity of Israeli soccer.