The Senate version of the annual defense bill calls on the Pentagon to hold the Saudi-led coalition accountable for paying back the United States for aerial refueling in the Yemen war. 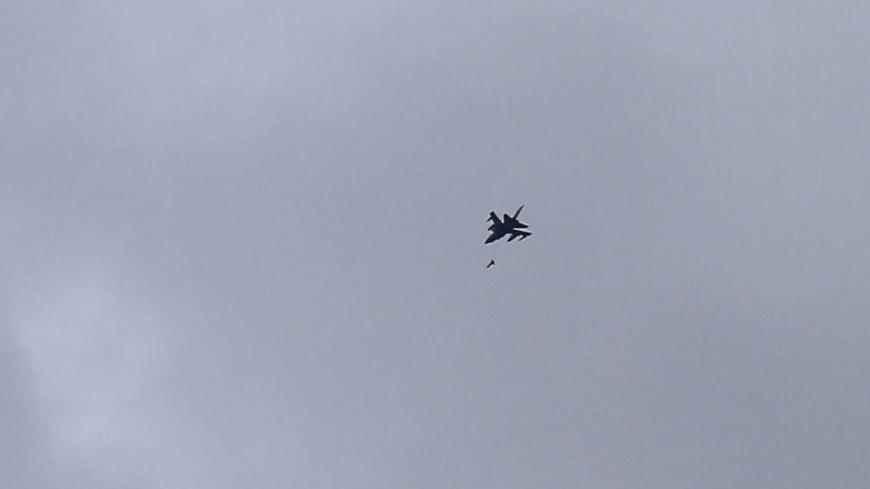 Congress wants the Pentagon to hold the Saudi-led coalition accountable for paying off the last of its overdue refueling bills for the Yemen war.

The Senate version of the National Defense Authorization Act, released today, calls on Acting Secretary of Defense Patrick Shanahan to notify Congress each month of any outstanding bills for the $299 million cost of the three-year refueling mission until the federal government is repaid in full.

The Pentagon refueled warplanes for Saudi Arabia and the United Arab Emirates starting in March 2015. The assistance ended in November 2018, when both sides agreed to terminate the mission as Congress pressed to end US support for the Yemen campaign.

Meanwhile, in the House, Armed Services Committee Chairman Adam Smith, D-Wash., told Al-Monitor this week that he would not seek to include a War Powers resolution to end US activities in Yemen after President Donald Trump vetoed an earlier effort in April. Smith said he would defer to party leadership on whether to bring up the legislation for another floor vote.

But, he said, the Pentagon still owes Congress a better explanation for how the Saudi-led coalition coaxed the US military into the refueling effort.

“I think there were real concerns about how our relationship with Saudi Arabia and the UAE allowed us to be more involved in that bombing campaign,” Smith said. “We kept hearing about ‘well, our involvement makes it safer.’ Yeah, well, if it was safer, you wouldn’t be bombing school buses and children and funerals. It seemed like whatever we were getting sucked into, we didn’t adequately understand it.”

Al-Monitor first reported in April that Saudi Arabia was expected to reimburse $158 million for the cost of US flights in the coming weeks, while the Pentagon had yet to bill the Saudis for the full $23 million in refueling costs. At the time, a Senate aide said the UAE had paid back $103 million for US flying hours and $15 million for refueling in February, fully reimbursing its share of the mission.

A Defense Department spokesperson confirmed today that Saudi Arabia still has not reimbursed the flight hours and the Pentagon has yet to bill Riyadh for the fuel costs. The mission faced significant jurisdictional and accounting challenges.

The Pentagon has insisted that US support for the Saudi-led coalition, including the training and intelligence efforts, fall below the threshold of armed conflict. “It’s not specific offensive targeting that we’re helping them with or are involved with,” Acting Assistant Secretary of Defense for International Security Affairs Kathryn Wheelbarger said at an Al-Monitor breakfast on Tuesday. “It’s purely the overall training of both their pilots as well as their processes and procedures internally.”

The United States has assisted with “minimization of civilian casualties” since the refueling mission ended, she said.

The Senate push is part of a move by Congress to get more clarity on the Pentagon’s use of reimbursable arrangements with foreign countries for the provision of food, fuel, ammunition and other goods.

It’s “important for Congress to be aware of the services and supplies being provided because these transfers are operating outside the standard interagency regulatory regime and with some countries acquiring hundreds of millions of dollars in services and supplies,” said Seth Binder, an advocacy officer at the Project on Middle East Democracy.

The Pentagon needs to provide more transparency and oversight, he added, “not only to ensure that the United States is properly accounting for all reimbursements owed, but what types of ‘services’ and ‘supplies’ the US is providing.” A Defense Department report obtained by Al-Monitor indicated that the Pentagon gave out more than $861 million in support through 118 deals in 2018 and received nearly $600 million.

The new Senate defense bill calls for services provided under the deals, known as Acquisition and Cross-Servicing Agreements, to be reimbursed by allies within a year. The bill would also put the Defense Security Cooperation Agency, which oversees the Pentagon’s foreign arms sales, in charge of a new accounting process that is currently split among different agencies.

Lawmakers insist they want to see the Pentagon scale back support for the Yemen war, despite the Pentagon's assertions that it's helping ease the civilian death toll.

“We don’t want to be part of that type of a military campaign,” said Smith. “For all of the assurances that Saudi Arabia gave us, I mean, they are still hitting a lot of civilians in a way that I don’t think is helpful to the long-term peace process and in a way I don’t think the United States should be a part of.”