The ruling Justice and Development Party is not as popular as it would like observers and voters to believe going into the rerun of elections in Istanbul. 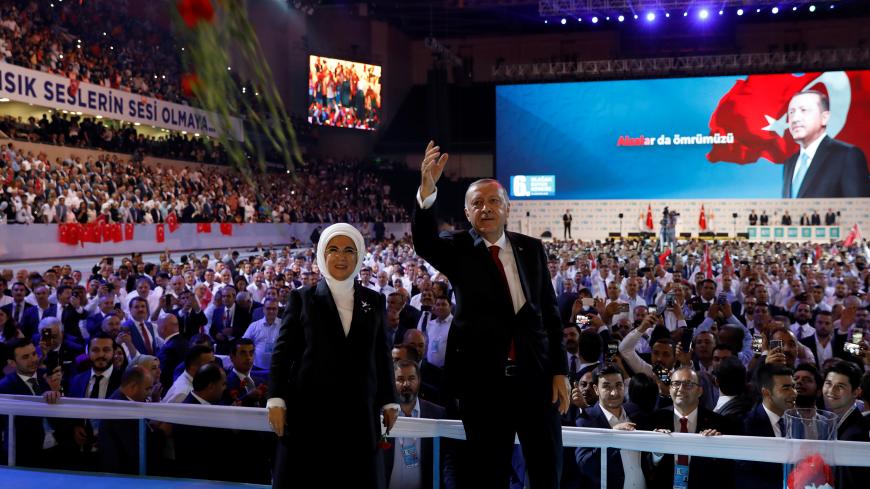 ANKARA — The national vote of the ruling Justice and Development Party (AKP) has fallen to a critical level, 9% lower than what it registered in the local polls held March 31, an election analyst at the University of Illinois at Chicago has found. “If the AKP continues on its current path, then its voters may start looking for an alternative, as they did in 2002,” Ali Akarca said, referring to the election of November that year when conservative voters deserted the True Path and Motherland parties and brought the newly created AKP to power.

Akarca’s findings, released this month, will be encouraging for the opposition in the rerun of the Istanbul election on June 23. The AKP claims it was robbed of victory in the city on March 31. “They stole it” is the party line, but Akarca says the AKP actually got more votes than it deserved because conservative voters had to mark their ballots for alliance candidates or not vote at all, and the alliance names were usually AKP candidates.

An economist, Akarca has built an econometric model of Turkish elections based on the results of every multiparty local, parliamentary and presidential poll since 1950. He feeds the model with current factors, such as the rates of inflation and economic growth, and obtains forecasts that are impressively accurate. Last year, Akarca predicted the AKP would receive 42.8% of the national vote in the parliamentary polls. It got 42.6%.

The official results of the local elections in March show that the AKP got 44.3% of the national vote, a rise of 1.7% from what it received in the 2018 general elections. Akarca insists this is wrong. “The AKP lost votes compared to 2018,” he said in a phone interview.

Akarca said the AKP’s vote in March was skewed by its alliance with the Nationalist Movement Party (MHP). In the large cities, the alliance candidates appeared on the ballot under only one party’s banner, which was the AKP's most of the time.

In the smaller towns and country districts where the AKP and MHP did compete, the results show that in comparison to 2018 the AKP lost votes and the MHP gained. Two studies support this.

The 2018 elections were similar to those of June 2015 in that they resulted in the AKP losing its majority in parliament. Today President Recep Tayyip Erdogan can pass legislation only because he is supported by MHP lawmakers.

The finding that only 34.9% of voters support the AKP today indicates that Erdogan made a shrewd move when he called parliamentary elections last year instead of this year. It is said he brought forward the polls because he was advised the economy was sinking.

“The AKP’s vote share has dropped twice in the past, in 2009 and 2015, and the party was able to raise it again. Two times they corrected their mistakes. They have a good track record of learning from their mistakes. But lately they have not been learning,” Akarca said.

“There is no party in Turkish history that went down three times and came up again,” he warned.

Akarca emphasized that in the short term, the AKP is safe. It is strengthened by its alliance with MHP, and there is no alternative conservative party.

At the moment, when given the chance, those AKP supporters who are unhappy with Erdogan, or with the state of the economy, show their discontent by voting MHP. “The movement of conservative votes is within the alliance,” Akarca said.

Should an alternative conservative party emerge, however, it could draw votes away from the alliance. Akarca predicts the alternative is going to arise within the AKP. “If [former Deputy Prime Minister] Ali Babacan or somebody else emerges, his party may be a viable alternative,” he said.

The principal cause of the AKP’s loss of support is the state of the economy. At the time of the 2018 elections, inflation was 12.5%, unemployment was over 10%, the lira traded at 4.69 to the dollar — having fallen 25% in the previous six months — but the economy was growing. When the March elections were held, inflation was nearly 20%, unemployment was nearly 15%, the lira stood at 5.7 to the dollar, and the economy was in recession.

Akarca said that if Erdogan manages to return the economy to prosperity, that “may be enough” to recover the votes that the AKP has lost. According to his model, for every 1% increase in per capita gross domestic product, the ruling party gains 1.1% of votes.

However, such gains can be offset by other factors. Akarca's model has also found the political capital of the party in power is “constantly melting” and that can mean a loss as big as 4.3% of its supporters in a year.

To turn the economy around requires a degree of internal party democracy that the AKP lacks at the moment, Akarca said.

“When mistakes are made, you need people who can point out the mistakes and not be punished, and then those mistakes are corrected,” he said. “If you don’t have that, then the economy cannot improve and that will upset the voters.”