Even some hawkish lawmakers question the legal validity and political wisdom of a blanket designation. 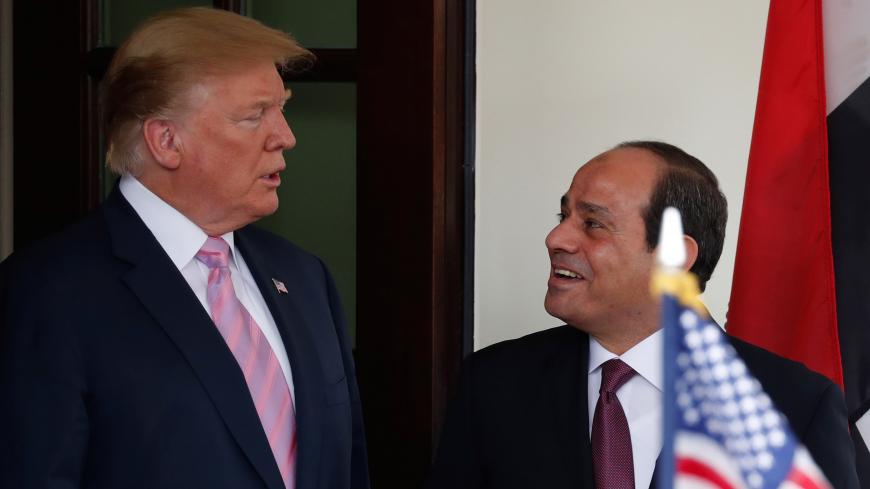 Some of President Donald Trump’s closest allies on Capitol Hill and in right-leaning foreign policy circles are expressing skepticism over the president’s renewed push to label the Muslim Brotherhood as a terrorist organization.

The pushback comes after The New York Times reported this week that Trump had requested his national security staff to look into designating the Islamist movement as a terrorist organization in April, at the request of Egyptian President Abdel Fattah al-Sisi. Arguments for and against the designation mirror those made when Trump was first elected after a campaign that focused largely on the perceived threat of political Islamism.

While leaders from both parties in Congress were cautious about immediately weighing in on the decision, several lawmakers warned against a blanket designation that would lump the various Muslim Brotherhood franchises throughout the region together as one homogenous entity.

Senate Foreign Relations Committee Chairman Jim Risch, R-Idaho, a staunch Trump ally, called for a “well-thought through and well-vetted” process before any designation in an interview with Bloomberg today.

Muslim Brotherhood-inspired groups have seats in eight legislatures throughout the region but vary widely in their ideology and adherence to democratic norms, according to a review of recent elections by Al-Monitor. For instance, two Muslim Democratic parties serve as part of the Moroccan and Tunisian governments. But the brotherhood's Palestinian branch, Hamas, which controls Gaza, is a US-designated terrorist group.

Branches of the group also have lawmakers serving as part of the opposition in Algeria, Jordan, Yemen and Kuwait. Turkey’s governing Justice and Development Party is also a close ideological ally. 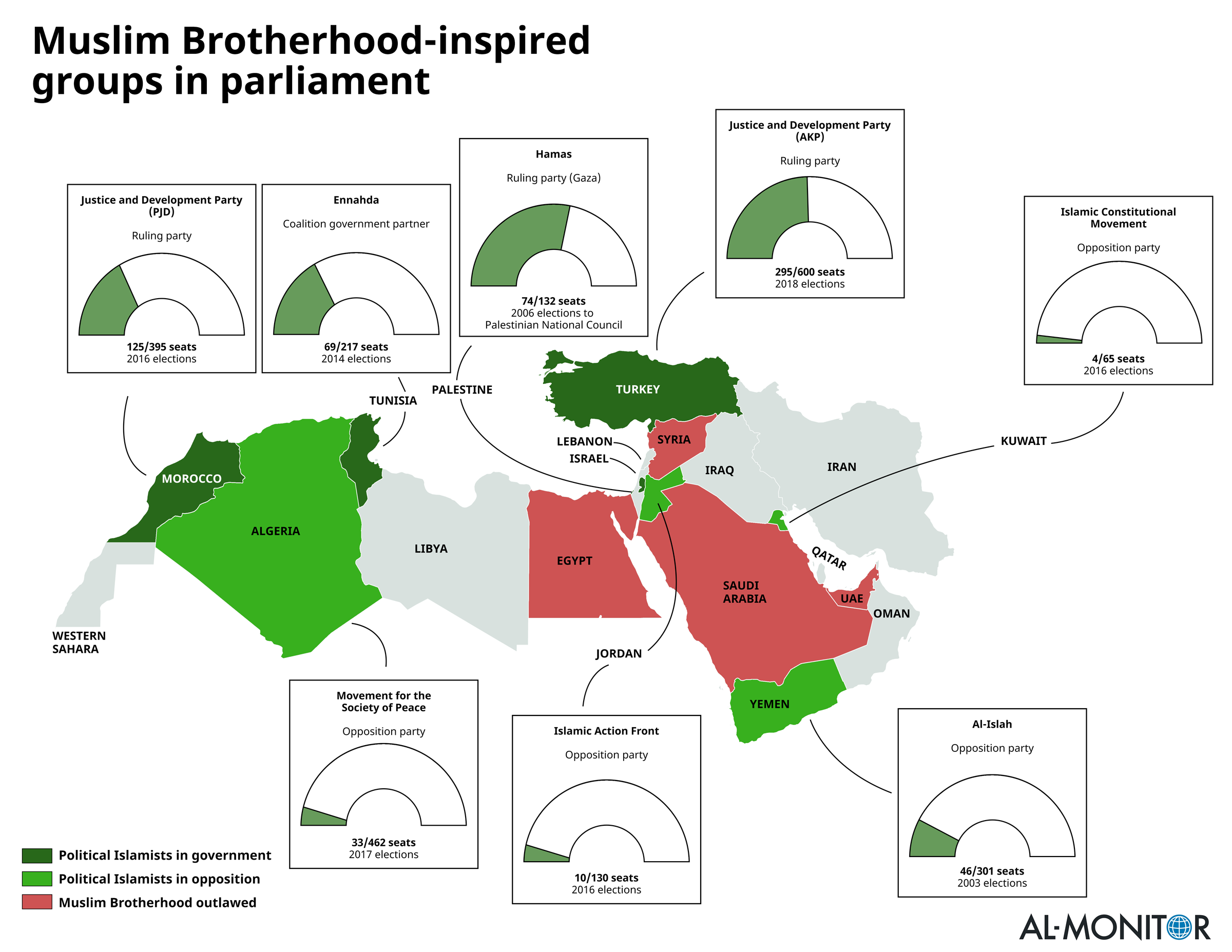 Senate Middle East subpanel chairman Mitt Romney, R-Utah, said he had discussed the issue with Jordan’s King Abdullah last week and would soon be “providing some input to the White House.”

“The king had decided instead of pushing the Muslim Brotherhood out and making them political martyrs, they decided to bring them into the government, let them run for office and allow them to fail in trying to promote various policies,” Romney told reporters during a briefing about his trip. “And he said bringing them inside the tent, if you will, and having people see that they don’t have all the answers and they couldn’t solve all the problems, was the best way to reduce [their] influence.”

Romney added that a “designation country by country might be appropriately done after extensive consultation with our allies and embassy staff in those countries.”

The Senate Foreign Relations Committee’s top Democrat, Sen. Bob Menendez, D-N.J., said he wants to see the administration’s justification before commenting. But the top Democrat on the Middle East subpanel, Sen. Chris Murphy, D-Conn., said it is “very difficult to decide what is and what is not the Muslim Brotherhood” throughout the region.

Tunisia’s Ennahda party, for instance, dropped the Islamist label in 2016 and rebranded itself as a party of Muslim democrats.

Even some analysts who back many of Trump’s policies in the region argued that the president appears to have little legal basis to designate the group as a terrorist entity.

Jonathan Schanzer, the senior vice president for research at the hawkish Foundation for Defense of Democracies, reiterated arguments from a New York Post op-ed he wrote in 2017. Instead he argued that the Trump administration should label it as a hate group.

“Those hoping for a broad designation are setting themselves up for a fall because the work required would be enormous, and failure is all but guaranteed,” Schanzer wrote on Twitter. “Those seeking sanctions on smaller [Muslim Brotherhood] groups have the right idea, because they will be easier to prove.”

A Capitol Hill staffer told Al-Monitor that Democrats would look at the options Congress has to push back against a designation they feel is unwarranted, but cautioned that the president has broad discretion on the matter.

Still, in order to blacklist a group, the State Department must prove that it engages or intends to engage in terrorist activity that would harm US citizens or national security. Failure to prove these standards could result in yearslong litigation. For instance, the State Department eventually delisted the Iranian dissident group Mujahedeen-e-Khalq after it filed a lawsuit in 2010.

But that hasn’t deterred some Republicans in Congress from endorsing Trump’s decision.

The top Republican on the House Foreign Affairs Committee, Rep. Mike McCaul, R-Texas, introduced a bill to designate both the Muslim Brotherhood as a terrorist organization in the last Congress but the bill did not move when Republicans controlled the House. This week he told Al-Monitor that he would defer to the Trump administration’s interagency process, adding that the group has “certainly been a threat” in Egypt.

Sisi outlawed the movement in Egypt after the military ousted its democratically elected President Mohammed Morsi, a member of the Muslim Brotherhood, in 2013. The organization is also outlawed in Saudi Arabia, the United Arab Emirates and Syria.

But Andrew Miller, the deputy director for policy at the Project on Middle East Democracy, argued that given Sisi’s “penchant for labeling all of his critics as Muslim Brotherhood members,” a terrorist designation “would help delegitimize his opponents domestically and on the international scene.”

Correction: May 22, 2019. This article has been updated to clarify that Tunisia's Ennahda party is not affiliated with the Muslim Brotherhood despite having been inspired by it at its founding.