After decades, Iran, Iraq ready to dredge the Shatt al-Arab

Iran and Iraq hope to revive the Shatt al-Arab as a source of clean water as well as a generator of increased commerce and tourism. 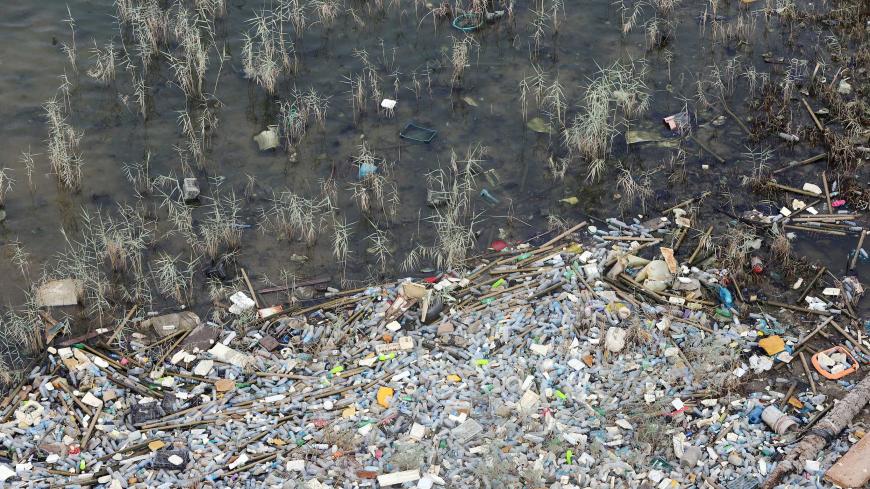 Hope of restoring a clean water lifeline to Basra province is on the rise again with plans by the Iraqi and Iranian governments to revive the Shatt al-Arab as a source of drinking water and improve its functioning as a trade route.

Representatives from Iraq and Iran met May 19 in Khorramshahr, Iran, situated on the waterway, to discuss a clean up of the river on the basis of the Algiers Agreement (1975), establishing joint control and designating the Taluk line, marking the deepest part of the river, the countries' riparian border. Iraqi former President Saddam Hussein abrogated the treaty in 1980 and cited disagreement over control of the river as one of the reasons for invading Iran that year in what evolved into a devastating eight-year war (1980-88). Prior to the agreement, Iraq claimed control over the entire river.

Formed by the confluence of the Euphrates and Tigris Rivers at al-Qurnah, in northern Basra, the Shatt al-Arab is some 120 miles long, with the southern portion forming the border between Iraq and Iran to point of discharging into the Persian Gulf. Ships ply the river transferring goods and oil to and from both countries.

Dredging the river today is more important than ever, in part to remove wreckage from ships at the bottom of the river. The ships themselves are interfering with trade across the Gulf, and their oil and chemical residue and leakage pose health and environmental hazards. In 2012, five large boats were pulled from the water, but the river has not been dredged for decades, resulting in toxic rubble piling up along the shoreline and in the river itself.

Last July, the Iraqi Ministry of Water Resources revealed that Iranian drainage issues into the Shatt al-Arab had led to such excessive salinity that the water can no longer be used for agricultural purposes and drinking. In the meantime, Basra has come to suffer from a severe shortage of potable water since last year, contributing to protests that turned deadly last summer and fall.

Walid al-Sharifi, mayor of al-Faw in Basra, told Al-Monitor that neglect in cleaning the river has allowed sediment to accumulate, thus decreasing its depth. The Iraqi side of the river has become so shallow, he said, that vessels have to sail along the Iranian side, where the water is deeper. Sharifi noted, “Cleaning the river and increasing its depth would facilitate maritime trade in the port of Basra, which could then receive ships and revive previous activities that would produce economic profits for the country.”

Calls to clean up the river are not new. In 2016, Iraq had begun accelerating the process of cleaning the river, and at that time, Iraqi President Fuad Masum requested cooperation from Iran to do the same, with an eye toward ultimately being able to boost tourism and trade.

The meeting in Khorramshahr was a follow-up to a gathering held in March, when Iranian President Hassan Rouhani paid his first visit to Baghdad. Rouhani and Iraqi Prime Minister Adel Abdul Mahdi signed several agreements at the time, including one endorsing the border established by the Algiers pact and and for joint dredging and cleaning projects.

The River Dredging Works Department in Iraq's Ministry of Water Resources informed Al-Monitor that the department is getting ready to start part of the clean up in mid-July in coordination with Iran. A source at the department said of the project, “[It] has become a priority, especially since the Iranian side promised to increase water flows into the river, which necessitates accelerating the cleaning process to remove sediment and waste to accommodate an increase in water level.”

Dredging has been wrapped up in the issue of control over the river. Amer Abdul-Jabbar Ismail, a former transport minister for Iraqi, told Al-Monitor, “The process of cleaning the river must take into account the geographical changes that have occurred on the river since the 1975 agreement, whereby the river was divided between Iraq and Iran along the Taluk line, which has crept toward the Iraqi side, reducing Iraq’s share of the river.”

Ismail also noted, “Cleaning the river will allow for greater water depth. Major ships would be able to sail along the Iraqi side too. I believe the concerned parties should speed this process.”

Amer al-Fayez, a member of the Iraqi parliament's Committee on Foreign Relations from Basra, sees another positive from a river clean up. “A political window could open through cleaning the river and the return of navigation,” he told Al-Monitor. “This could attract investments, and international companies and giant vessels, which could produce economic gains for the country.”

Fayez praised the recent agreement to clean Shatt al-Arab. “[It will] prevent the leakage of [industrial] waste coming from Iran and [decrease] the river’s salinity on the Iraqi side.” In 2018, Iranian authorities closed off the Karun River, to conserve water for local use by preventing it from flowing into Shatt al-Arab at Khorramshahr. This contributed to a drastic increase in the river’s salinity level.

Meanwhile, Basra Provincial Council member Ahmed Abdul Hussein said on May 21 that factories in neighboring countries along the Gulf and the Shatt al-Arab basin have been dumping waste and garbage in the river. On a positive note, Sabah Hassan al-Bazouin, who heads the council, told Al-Monitor, “There are future projects to rehabilitate the river for navigation, agriculture and tourism, including understandings with a Dutch company to build a dam on the river to control salinity [from Gulf waters] and to clean and dredge it.”

It is clear that the Shatt al-Arab, bearing the scars of war and general disrespect, requires urgent attention, not only for its own sake, but also for that of the people who depend on it.