The challenges of rebuilding Syria could bring Moscow and the United Nations closer for cooperation on virtually all critical issues. 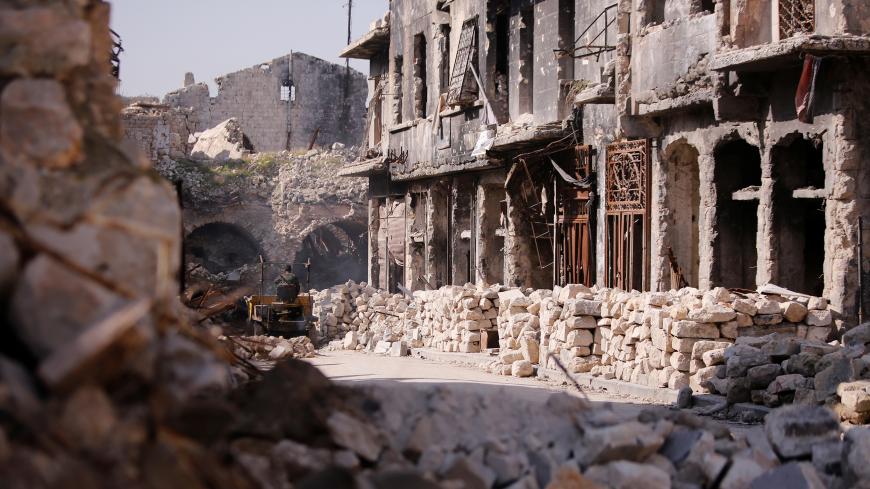 UN Special Envoy for Syria Geir Pedersen took part in the latest round of Syria peace talks, which Russia sees as a sign that he is willing to engage with the three guarantors of the talks: Russia, Iran and Turkey. In turn, Russia made assurances that it supports UN-sponsored peace and humanitarian efforts in Syria.

The gathering was held April 26 in Kazakhstan’s capital Nur-Sultan (formerly Astana). It was preceded by a March 24 working meeting in Moscow between United Nations Development Program officials and Russian Deputy Foreign Minister Sergey Vershinin. Vershinin had met Pedersen earlier at a March 12-14 donor conference on “Supporting the Future of Syria and the Region,” held in Brussels and organized by the European Union and the UN.

Shortly after Pedersen assumed his duties in January, Syrian authorities credited him, among other things, for his efforts to launch a Syrian Constitutional Committee. This was in stark contrast to his predecessor, Staffan de Mistura, whom Damascus viewed as an unbalanced pro-opposition figure. Yet, UN bureaucracy still seems devoted to the past approach, characterized by a reluctance to support Syria’s large-scale economic reconstruction — estimated to be worth $250 billion to $400 billion — before a final political solution to the crisis is reached. This continues to limit the UN's early recovery measures.

On a parallel track, Pedersen’s assistants accelerated field efforts to gather and process information about legal and institutional frameworks for doing business and investing in Syria, as well as to track Syrian government policies aimed at attracting investors for an ambitious national strategy of “Rebuilding Syria.”

These circumstances may be pushing UN leadership toward enhancing coordination with Moscow. Also, the UN and Russia need each other to ultimately establish the Constitutional Committee. Over the course of its campaign in Syria, Russia has come to possess resources that may be critical to UN operations. Russian military police units are deployed across the country; the Russian Defense Ministry is now fully involved in the process of returning Syrian refugees and internally displaced persons to their homes.

On May 5, the Russian Center for Reconciliation of Opposing Sides released its latest bulletin, saying that since July 18, 2018, 212,896 Syrians had returned from foreign territories. As of April 1, according to the Office of the UN High Commissioner for Refugees (as cited in the bulletin), almost 6.66 million officially registered Syrian refugees remain in 45 countries, including nearly 2 million women and 3.4 million children.

The staff of the UN and its partner nongovernmental organizations (NGOs) also occasionally need Russia’s security protection for their humanitarian convoys, and for approaching Idlib province through the buffer zone jointly patrolled by Russia and Turkey. The province is largely controlled by armed militants of Hayat Tahrir al-Sham.

Last but not least, the UN and Syria look for Russia to boost its donations for humanitarian efforts in Syria and neighboring countries to compensate for funding cutbacks by Western powers and NGOs, as a result of accusations against UN agencies. Various UN agencies that operate in Syria, mainly under the umbrella of the UN Office for the Coordination of Humanitarian Affairs (OCHA), have controversial track records.

Despite effective operations within OCHA's Whole-of-Syria format — which the UN says is an "approach to develop a principled, predictable and coherent response to prioritized humanitarian needs through in-country and cross border operations" — some agencies have been repeatedly criticized by Western observers. Critics say the agencies have used donor funds to carry out commercial activities that bypass the anti-Syrian sanctions adopted by the United States and the EU.

In 2016, The Guardian report "How Assad regime controls UN aid intended for Syria's children" outlined how the UN had awarded numerous contracts to companies affiliated with sanctioned members of Syrian President Bashar al-Assad’s “inner circle.” The story included detailed references to the World Health Organization, which had allegedly spent $5 million for supplies from a blood bank controlled by the Syrian Defense Ministry.

The Syria Trust For Development, chaired by the president’s wife, Asma al-Assad, received another $8.5 million, the story said. The UN International Children's Emergency Fund also paid $268,000 to the Al-Bustan Association, run by Rami Makhlouf, the president’s cousin, and an additional sum of $700,000 was assigned for Makhlouf’s cellphone operator, Syriatel. UN officials, in turn, complained that they had to work exclusively with local partners pre-approved by Damascus.

The UN's deteriorating image among Western sponsors eventually led them to reduce financing for humanitarian aid efforts. In September 2016, 73 Syrian aid groups — among them the Syrian American Medical Society and the Syrian Civil Defense — withdrew from the Whole-of-Syria campaign over complaints that the Syrian government had "a significant and substantial influence on the performance of UN agencies based in Damascus” and their partners, including the Syrian Arab Red Crescent.

Meanwhile, Russia and Syria face real challenges in the economic ties between them. The challenges emerge from four primary factors: the de facto territorial partition of Syria, with oil-rich northeastern areas remaining under the control of the Kurdish autonomous administration and the US-backed Syrian Democratic Forces; the deficit for Russia of reliable private partners in Syria; the weakness of local means of resolving commercial disputes; and the continued problem of urban terrorism. This is despite the optimistic official declarations both parties made during a December meeting in Damascus of an intergovernmental commission on cooperation in trade, economics, science and technology. Both countries vowed to raise their level of relations in military coordination and political dialogue.

Russian entrepreneurs are eager to get involved in UN-sponsored infrastructure projects, based on the Whole-of-Syria approach, including in Kurdish-run areas. They also expect to get sustained access to UN funding, since the Russian state, in contrast to Iran, has been very reluctant to directly fund economic cooperation with Syria. Instead, Moscow outsources to private sector operators. For instance, the Russian Export Center does not participate in providing insurance for economic and trade projects in Syria due to high risks, focusing instead on projects in other Arab countries such as Iraq.

Russian merchants are interested in getting contracts from agencies that fund UN-led humanitarian supply efforts to Syria. The supplies include everything from foodstuffs and medical kits to mobile hospitals and electric power generators, along with other essential commodities. The merchants recognize the profitable promise of winning contracts from these agencies, which deal in hard foreign currency, as opposed to the Syrian government, which pays in Syrian pounds.

Potential Russian business partners for both the Syrians and the UN, especially midsize and small businesses, also may be interested in UN legal expertise and practical experiences accumulated by various UN agencies and others in Syria and neighboring countries.

In a nutshell, Russia and the UN have been increasingly experiencing the need to cooperate with one another in Syria on the basis of a broad scope of political, diplomatic, security, economic and humanitarian aspects. Should this coordination fully materialize, it can indeed become long-term and mutually beneficial.