Turkey continues to freeze Kurds out of Syria peace talks

Syria peace talks continue in the Kazakh capital, with regional heavyweights battling it out over who will have a spot at the negotiating table. 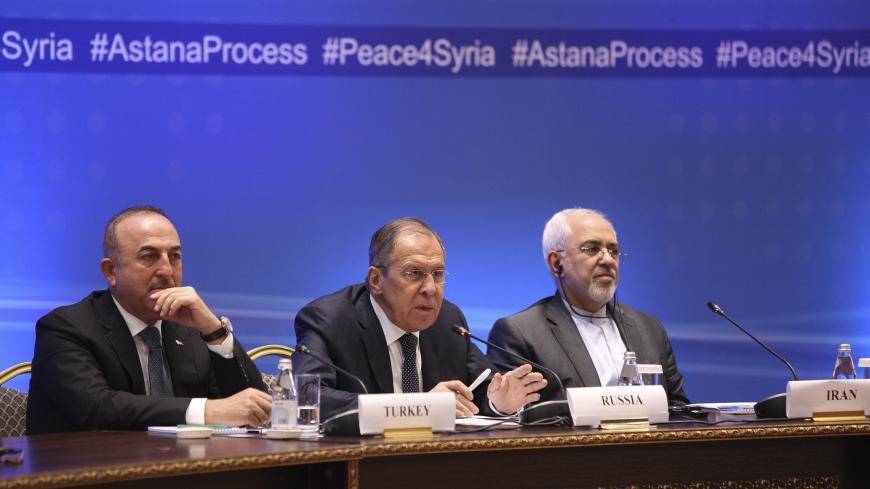 Senior officials from Turkey, Iran and Russia are expected to gather in the Kazakh capital of Nur Sultan tomorrow for the latest round of Syria peace talks sponsored by the regional heavyweights.

UN special envoy for Syria Geir Pedersen is expected to take part in the talks in the Kazakh capital, formerly known as Astana, after meeting in Geneva with the United States’ Syria envoy James Jeffrey. The veteran US diplomat is seeking to revive UN-sponsored peace talks to end the eight-year conflict. Critics view the effort as a bid to place a US imprimatur on Syria’s post-war future. They argue it's doomed because of the Donald Trump administration’s current policy of strangling the regime through sanctions, while demanding a full withdrawal of Iranian forces as a prerequisite for easing these. The Geneva talks need consensus between all the main stakeholders in Syria, who — with the exception of the United States — have been building just that through the Astana track, which was launched in 2017.

This round is expected to mark the announcement of a Constitutional Committee that is supposed to draw up a new constitution for Syria. The formation of the committee, which will precede elections, has been delayed by the Syrian regime’s unremitting objections to the inclusion of at least four individuals representing the Free Syrian Army-linked opposition. But Turkey’s state-run TRT World reported that Pedersen had managed to persuade President Bashar al-Assad to relent. Previous attempts to form the committee have been stymied by last-minute squabbles, a pattern that may well be repeated in Nur Sultan.

Turkey has reportedly, with Russia’s backing, won its battle to keep the Syrian Kurdish Democratic Union Party (PYD) off the committee just as it had succeeded in keeping the group out of the UN talks. The PYD is the political arm of the the Syrian Kurdish People’s Protection Units (YPG), and Turkey views both as terroristic due to their links to the Kurdistan Workers Party, which has been waging an insurgency for 35 years inside Turkey.

The status of Idlib will also be on the table. Russian Deputy Foreign Minister Sergey Vershinin confirmed this, saying, “We will discuss the situation on the ground and what we need to do in order to definitively eliminate the threat, particularly the one that is currently emanating from the terrorist enclave in Idlib."

The northwestern province bordering Turkey is controlled by the al-Qaeda-linked Hayat Tahrir al-Sham (HTS). In a September deal struck with Moscow, Turkey undertook what is widely viewed as mission impossible: to get HTS to withdraw from a demilitarized zone monitored by Turkish forces, and to get “moderate” HTS fighters to defect to rebels operating under Ankara’s umbrella, paring the group down to its extremist core. This would ostensibly create the circumstances for an eventual regime offensive to retake the province, but not without causing significant civilian casualties and triggering a human exodus toward the Turkish border.

Russia has so far stood in the way of the regime allowing Turkey time to live up to its commitments. This is partly due to Russia's broader strategic objective of luring Turkey away from the US orbit by leveraging its influence in Syria to advance Ankara’s interests, most recently when it let Turkey take the YPG-run Afrin enclave last year.

In a related development, Russia said it would consider selling its own combat aircraft to Turkey if the United States made good on its threats to halt delivery of F-35 fighter jets over Ankara's refusal to halt its acquisition of Russian-made S-400 missiles. Alexander Mikheev, head of the Russian state weapons' exporter Rosoboronexport, said today, "If the Turkish side applies to us for consultations, we will be ready to consult."

But violence has steadily escalated in the province in recent weeks in violation of the cease-fire reached under the September deconfliction pact. Regime and Russian warplanes have resumed airstrikes on Idlib while opposition rebels have staged artillery, rocket and mortar strikes leading to civilian deaths. Both the regime and Iran have stepped up pressure on Turkey and Russia to allow an offensive to start.

The Atlantic Council’s Trevor Mace noted in a recent blog post mapping cease-fire violations: “Since March, the return of Russian airpower over Idlib province is the most dangerous development in the pattern of ceasefire violations.” Mace wrote that there has been an "increased deployment of widely banned cluster munitions … [which] struck a market" in Kafr Nabl April 5, killing 13 people. Mace blamed the "lack of an enforcement mechanism" when the September cease-fire agreement for Idlib was cemented.