Only three women have been appointed to ministerial positions in the new Palestinian government, out of 18 ministries in total, raising the ire of activists. 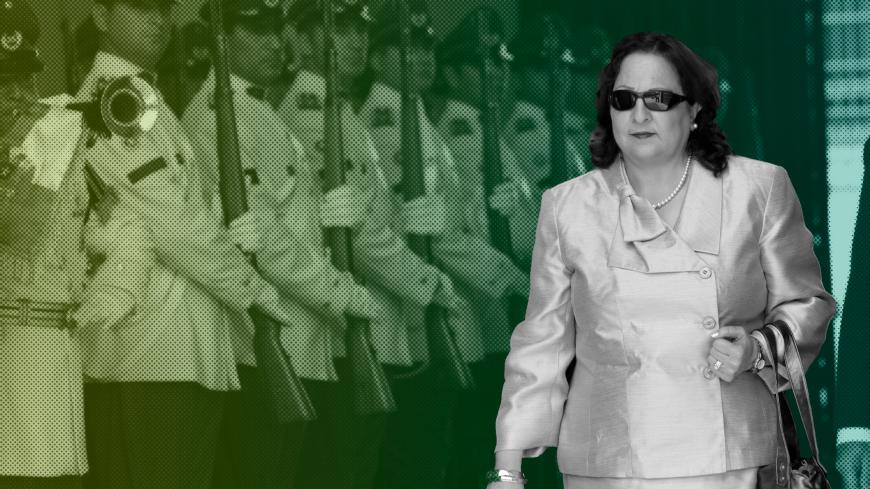 RAMALLAH, West Bank — The new Palestinian government formed by Mohammad Shtayyeh on April 13 has disappointed women's institutions by only appointing three women in ministerial positions. Out of 18 ministries only three now have a female minister, the same number as in the former government, which does not meet the 20% women’s quota set for local and legislative councils by the Local Council Elections Law No. 5 of 2004.

Since the 15th Palestinian government formed by Rami Hamdallah in 2013, the Ministry of Tourism and Antiquities has been headed by a woman, while the Ministry of Women’s Affairs has always been an exclusive domain of women.

The new female ministers are heading the ministries of Women's Affairs, Tourism and Antiquities, and Health.

Political analyst Jihad Harb told Al-Monitor that Shtayyeh’s government was expected to appoint more women in ministerial roles, especially since ministers were selected based on merit. “We had high hopes that the government would include more female ministers but women are underrepresented,” he said.

According to Harb, Shtayyeh’s government continues with the policies of previous governments to limit the appointments of women to social services ministries, reflecting the underrated role of women in Palestinian political life.

Since the establishment of the first Palestinian government in 1994, the ministries of Interior, Foreign Affairs and Finance have been headed by men exclusively.

Despite this criticism, Minister of Women's Affairs Amal Hamad believes that this government is indeed different since female ministers were selected based on merit and not to simply fill a quota. She told Al-Monitor that women have earned their right to head ministries after a long battle of national struggle and proving themselves both in the PLO and political parties.

However, given her partisan background, since she is a member of Fatah’s Central Committee, Hamad still believes this representation does not meet the ambitions of women. “We hope the Central Commitee's decision to only accept a minimum of 30% female representation will be implemented in the future,” she noted.

As for the previous 17 governments, women's representation ranged from zero ministers, in the government of Ahmed Qurei in 2003, to six ministers in Salam Fayyad's government in 2012. Throughout these governments, the ministries occupied by women were the ministries of Women’s Affairs, Tourism and Antiquities, Social Affairs, Education and Higher Education, Telecommunications and Information Technology, and National Economy.

However, Shtayyeh's government took an unprecedented step by allocating the Ministry of Health, one of the most prominent ministries that has direct contact with citizens both in the West Bank and the Gaza Strip, for the first time to a woman.

Newly appointed Minister of Health Mai al-Kaila told Al-Monitor, “The experience and efficiency that I have built over the years is what qualified me for this position. Despite the prominence of this ministry, I have a clear vision on how to manage it optimally.”

Kaila, 64, is a gynecologist with two master's degrees in the management of hospitals and health of women and children. She has a doctorate in public health and health management and has 15 years experience in managerial positions with the United Nations Relief and Works Agency for Palestine Refugees in the Near East.

In her new role, Kaila will deal with urgent issues such as medical referrals. On March 27, the families of patients protested against the Palestinian Authority’s decision to suspend medical referrals to Israel and look for alternatives in Arab countries.

“There is no quick and magical solution to these issues and they will remain pending given the current situation,” Kaila said, adding that her ministry is now developing a set of policies to be implemented within three months.

She noted that this short-term plan will include trying to find a solution to the issue of medical referrals and improving the situation of hospitals, especially with regard to jobs, the empowerment of health staff and access to health services in remote areas.

“[The ministry] does not have the needed funds to implement this plan but we will work on recycling our cadres and resources,” she added.

Sama Owayda, director general of the Women's Studies Center, believes that Kaila's appointment to this prominent ministry is still not enough. She told Al-Monitor that the percentage of women in the government contradicts the Palestinian state’s discourse in international forums in terms of women's empowerment and equality, as well as the fact that it is a signatory to the Convention on the Elimination of All Forms of Discrimination against Women.

“We demand greater representation of women since their competencies and experiences outweigh those of men in some cases. We also believe that development programs cannot proceed so long as we depend on one gender more than the other,” Owayda said.

Owayda concluded, “We do not believe this is a justified policy. Why is it that no woman has ever headed the ministries of Finance or Interior, as in Lebanon where a woman took over the Ministry of Interior recently?”