Nongovernmental organizations will help evaluate the new Palestinian government, its transparency and its efforts to improve communication with the public. 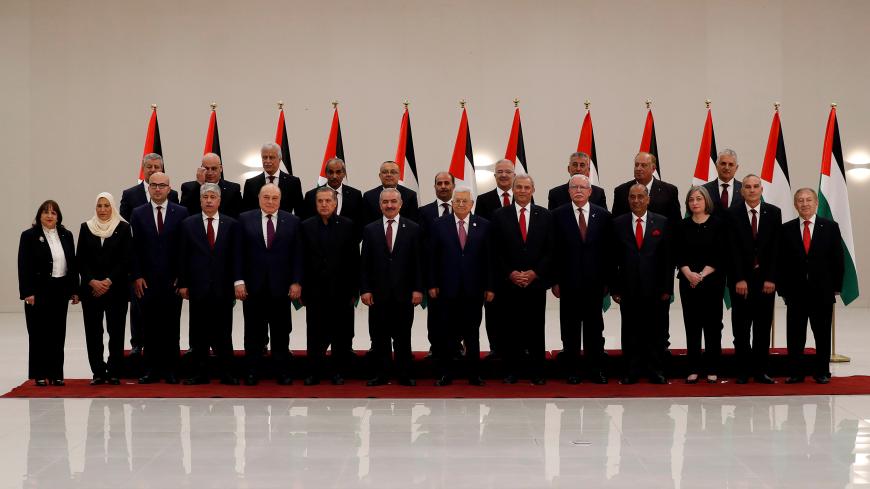 RAMALLAH, West Bank — A coalition of 70 nongovernmental organizations is monitoring the performance of the new Palestinian government to gauge its social accountability in the absence of a legislative council playing this role.

The PCS was formed in 2005 and operates in the West Bank and Gaza Strip. It works to develop and empower Palestinian society by promoting democracy, social justice, sustainable development and respect for the law and human rights. The association offers its services impartially.

Its latest effort focuses on ensuring citizens’ access to the basic services of ministries and governmental bodies, assessing the development of governmental institutions' performance and their conduct with citizens, and offering potential insights to improve their work.

Samah Abu Seedo, director of the PCS Human Rights Department, told Al-Monitor the main goal of the program is to improve the accountability process and increase local communities' involvement in government.

Abu Seedo added that the PCS effort was inspired by the government’s decision to adopt a 100-day emergency plan, which Prime Minister Mohammad Shtayyeh announced during an April 13 interview on the official Palestinian TV channel after he was sworn in before President Mahmoud Abbas.

The PCS effort was partly born because the new government says it is open to different social organizations and wants to improve its image with the public, Abu Seedo said. Shtayyeh has voiced his desire for government accountability and said he wants NGOs to play a vital role in achieving this.

PCS will use several tools to assess public opinion about the government's performance and services.

“We will look into the process citizens go through when it comes to state services, their feedback and relations with official departments," Abu Seedo said. "This means we will be considering people’s access to medical services in government facilities, or the duration of completing a transaction in a government department. … Then, we will hold sessions and meetings between the campaign and ministers to discuss their plans related to the social and economic rights of citizens."

After PCS wraps up its evaluation in July, the group plans to publish a comprehensive report on its discoveries.

"Through this report, we will track how committed the government was to implementing its plans, from our perspective and that of the citizens, based on our review and on surveys about citizens’ approval of the government’s performance," she said.

“To engage people, we designed ways to communicate with them and urge them to participate through social media and traditional media. Surveys will be available … to urge people to evaluate the government," she said. There will also be workshops for citizens.

Some participating organizations include the Palestinian National Institute for NGOs, the Coalition for Accountability and Integrity (AMAN), the Mothers’ School Association and an-Najdah Association for Women’s Development.

“We are contemplating making the accountability plan permanent," she said. "We hope that civil society and its organizations will be able to supervise government performance, in the absence of the legislative council.”

Mohammad Abboushi, a member of the Civil Work Coordination Council, told Al-Monitor that government performance and the work of its ministries will be evaluated on key indicators focusing on the change that occurs during the 100 days.

“The 100-day timeline is enough to indicate the inclination of the government in its work and whether it has changed the prevalent bureaucratic trend in the way people reach ministries by encouraging an open-door policy and listening to people’s complaints," Abboushi said. "The campaign constitutes a mechanism to create social partnership between the government and civil society organizations, as well as the private sector. The previous government did not actually meet with civil society and found it hard to accept comments from civil society about its work, or hold meetings with ministers or the prime minister.”

He added, "We expect an improvement in the government’s performance, because it will be closer to the people and will listen to their comments. We also expect it to enhance partnership with different components of society."