Egypt's Ministry of Awqaf is working to promote family planning as a solution to the overpopulated country's economic crisis. 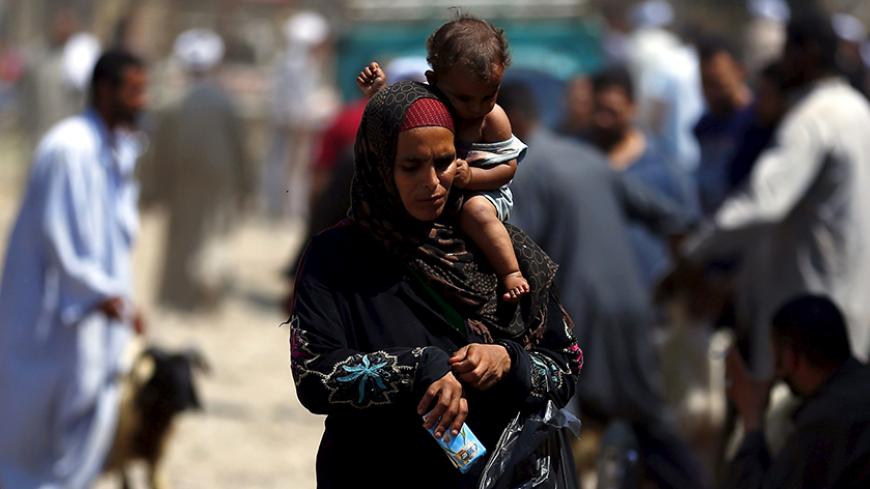 With the Egyptian GDP per capita decreasing and poverty rates on the rise, the parliament and the Ministry of Endowments and Religious Affairs, or Awqaf, are endeavoring to raise awareness about overpopulation, proposing legislation to encourage family planning.

According to statements by officials from the Ministry of Awqaf and the Central Agency for Public Mobilization and Statistics (CAPMAS) Dec. 17, and others by members of parliament on Dec. 19, Egypt's economic reform plans launched in August will not be enough to overcome Egypt's economic crises and a program to manage overpopulation may be needed. The monthly GDP per capita is 1,282 Egyptian pounds ($70). The prices of commodities and services have skyrocketed as a result of increased foreign exchange rates.

In the second half of December, it became clear that state institutions are looking at decreasing population growth as a way to loosen the grip of the crisis.

Amena Nossair, a professor of religion and philosophy at al-Azhar University and a member of the parliamentary Research and Education Committee, said in a Dec. 19 press statement that Friday sermons, under the direction of the Ministry of Awqaf, should begin advising citizens on the importance of curbing population growth. She added that the ministry has to correct citizens’ religious misconceptions about procreation. Nossair said that Islam called upon Muslims to take pride in offspring that can improve the world and achieve scientific progress, as opposed to families too large to enjoy good access to educational, health or work prospects.

Nossair’s statements came on the sidelines of the parliament’s discussion of the Ministry of Awqaf and CAPMAS’ plan to advise citizens against the dangers of overpopulation. Nossair also called upon Awqaf Minister Mohamed Mokhtar Gomaa to guide his ministry to advise citizens on the importance of birth control so that the state will be capable of improving education. This way, “The coming generations would become scientists of the future,” she added.

On Dec. 17, an expanded meeting took place at the Ministry of Awqaf’s headquarters between Gomaa, ministry officials, former CAPMAS head Gen. Abu Bakr el-Guendy and a number of CAPMAS officials. In a statement issued that day, the ministry announced that the meeting covered the importance of advising citizens against contributing to overpopulation as well as encouraging citizens to procreate carefully and take enough time between births to allow children to enjoy the best financial, health and educational care available.

Mohamed Abd el-Galeel, an adviser to the head of CAPMAS, described Egypt’s population growth to Al-Monitor as a monster that “swallows Egypt’s economy.” He added that development and improving the lives of citizens can only be achieved by curbing population growth.

“The citizen is always blamed for the state’s economic conditions due to overpopulation,” Reda Eissa, a professor of economics at Cairo University, told Al-Monitor. According to Eissa, for all of Egypt's needy citizens to receive adequate welfare and services, Egypt's economic development would need to be much higher and its population steady, which is a major challenge. “This does not mean that the citizen is the only one to blame, as the state failed to instill principles of birth control in the past decades, regardless of the numerous awareness campaigns. Moreover, population growth in itself is not necessarily a negative factor. It only depends on how the state exploits this increase.”

Eissa explained, “Some European countries, such as Germany, suffer from decreasing populations and increased rates of ageing. Therefore, they are pushed to employ foreign workers, which is a costly process. Some societies could achieve economic development through developing industries that exploit their large population, like China. Egypt could make use of the population if it tried to develop the sectors of industry, distribute population and services [more evenly across] all governorates to resolve the increasing density in cities and the marginalized rural regions and Upper Egypt. [Egypt] can also establish large societies outside of the narrow and crowded Nile Valley.”

“The intention of the parliament and state institutions to adopt measures to curb population growth seems more serious compared to the attempts by state institutions during past regimes that preceded the January 25 revolution,” a source in the Egyptian parliament told Al-Monitor on condition of anonymity.

Several campaigns on family planning were launched under former President Hosni Mubarak’s rule, and under the supervision of the Ministry of Health and Population. But those campaigns failed to bring about solutions that differ from those proposed today, as [these solutions] also called for birth control.

The parliamentary source added, “Some lawmakers are currently discussing a new bill that allows the state to provide educational and health support to families that have a maximum of two children, but deprives the third and any following children of such support.”

The suggestion first came from parliamentarian Mahmoud Shimko, a member of the parliament's Religion Committee, in a Dec. 19 press statement: “A law that forces a family to limit the number of births cannot possibly be issued or passed. However, legislation that allocates state support to only the first and second children could be issued, as the state cannot sustain spending on a larger number of children.”

Although the Ministry of Awqaf and its mostly-Azharite officials believe that birth control is consistent with Sharia, many Salafist sheikhs still reject the concept. Salafist preacher Mahmoud Lotfy Amer said in a June fatwa that birth control is forbidden and that societies should encourage procreation and having many children. As Amer sees it, blaming deteriorating economic conditions on overpopulation is a mark of a failed state.

“Birth control is detestable because fewer births do not necessarily mean having [more] time for upbringing. However, it is not forbidden,” said Yasser Burhami, deputy head of Egypt’s Salafist Call, in his own June fatwa answering a question about birth control posted by a user on the Ana al-Salafy website.

It seems quite likely that the ministry’s attempts to promote the values of family planning, birth control and protecting society from overpopulation will face both cultural and religious obstacles. Despite all the parliament’s attempts to pass a law limiting benefits to the first two children of each family, economists believe that these steps must be coupled with an economic development process that takes advantage of the existing population growth.