NGOs in Palestine, particularly in the Gaza Strip, have faced constant roadblocks to carrying out their work as they clash with local political interests, writes Hazem Balousha. 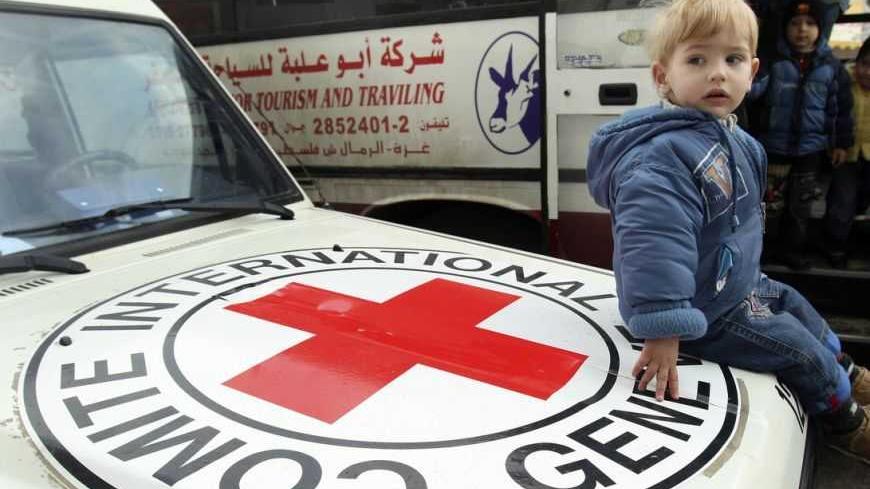 A Palestinian boy sits atop a Red Cross vehicle as he waits with his family to leave the Gaza Strip, Jan. 8, 2009. - REUTERS/Suhaib Salem

For decades, Palestinian society has suffered from instability in the provision of basic needs, volatile political conditions and constantly changing authorities, while its civil institutions remain relatively stable. But the relationship between Palestine’s vast non-governmental network and authorities has often been fraught with tension.

Before the emergence of the Palestinian Authority (PA) in 1994, NGOs were primarily focused on strengthening Palestinians in the face of the Israeli occupation, but then shifted their aims towards development projects after Oslo. This marked a quantum leap toward development and as much as a 500% increase in NGO funding, according to a 2009 report issued by the NGO Development Center.

Amjad Shawa, the director of the Palestinian Non-Governmental Organizations Network (PNGO) in Gaza, said: "With the arrival of the PA, civil action shifted to the defense of human and workers' rights, developing awareness of women's issues, confronting internal violations, influencing the legislation of laws and promoting democracy through elections. However, with the Hamas takeover in Gaza, action initially focused on relief and mediating between the Gaza and the West Bank governments on issues such as electricity, health and education."

The conflict continued between NGOs and the ruling power in the Gaza Strip after the Hamas takeover in 2007, knowing that the NGOs’ relationship with the PA was already undergoing severe tensions. Palestinian civilian activists were even arrested in the 1990s as a result of the struggle over sources of funding — which the PA tried to monopolize — and due to the fact that NGOs criticized the PA for human-rights violations and alleged corruption.

Ayman Ayesh, director of the studies department in the Ministry of Interior in Gaza, denies allegations that he resorted to security measures in dealing with and attempting to control the civil institutions, pointing out that the role of the administration is limited to controlling management and finances and providing support  in dealing with their problems.

"The government in Gaza inherited the relationship that had developed between the PA and civil institutions along with its baggage, in spite of our attempts to find common ground through dialogue,” said Ayesh.

"The relationship between the government and the non-governmental institutions is governed by the associations law, along with internal regulations and amendments that were approved by the government in 2010, but some of the institutions' lack of experience in civil work exacerbates tensions," he added.

Meanwhile, Shawa accused the government in Gaza of introducing illegal amendments to the executive regulations of the Law of Associations No. 1 of 2000, giving the Interior Ministry more powers and allowing it to interfere in the affairs of associations, taking advantage of the gaps left by the former legislative council in the law which allow for multiple interpretations.

The Gaza strip has a large number of associations and non-governmental organizations, totalling more than 860 NGOs, according to Interior Ministry statistics. Of these, 70 are Arab and international organizations covering various sectors with nearly half of them working in the field of relief.

The NGOs operating in the Gaza Strip do not work according to one philosophy or common strategy in the distribution of projects and activities. They rely heavily on the availability of funding from international institutions to determine their annual plans.

In spite of limited accurate financial information, the estimates of the Ministry of Interior in Gaza concerning the civil NGOs' annual expenditure in the Gaza Strip range between $200-300 million, compared to the Hamas government’s budget of $700 million over the last three years.

These Palestinian organizations cover business sectors that are not covered by official government institutions, such as the rehabilitation of people with special needs, orphans, human rights and democracy. This  serves as an advantage for these institutions in their struggle with the authorities.

Moreover, the NGOs are also working in marginalized and border areas where government institutions find it difficult to work, especially due to the current political and security situation.

Shawa said that "new civil institutions have been established, especially in the field of relief and social assistance. This increase was clear in remote and poor areas, and aimed at helping people withstand the difficulties and challenges they face under the blockade."

The Hamas government has tried to control the number of civil associations and institutions in the Gaza Strip since it took power, especially in sectors it thinks it can monopolize or through which it can have an impact on the public, like youth and service.

The relationship between the Hamas government and the civil institutions, especially the human rights organizations, witnessed severe tension at times, escalating to the exchange of accusations and doubting their patriotism as well as accusing them of administrative and financial corruption. Some organizations were even shut down.

Hamas accuses some of the institutions operating in the Gaza Strip of financial and administrative corruption, allegations which the boards of these associations perceive to be an attempt at settling scores with political opponents or to exert control over influential institutions.

The annual report for 2011 issued by the Coalition for Accountability and Integrity (AMAN) expressed skepticism about the seriousness of civil institutions in implementing their code of ethics as well as the weak internal and external control over the associations' disbursement of funds.

The same report pointed to the insignificant impact these institutions have in the fight against corruption, as well as their modest participation in managing public affairs.

Meanwhile, Shawa attributes the difficulties faced by NGOs and their limited impact in recent years to the divide between the West Bank and the Gaza Strip. Their capabilities have been spread thin due to political polarization and an increase in the proportion of funding that requires the signature of a document repudiating terrorism — the anti-terrorism certificate (ATC) conditioned primarily by USAID — a condition refused by many institutions in the Gaza Strip. Additionally there is limited and insufficient domestic financing resulting from current difficulties facing the Palestinian economy.

Hazem Balousha is a Palestinian journalist, based in Gaza City, with a Master of International Relations from Turkey, as well as a BA in Journalism. He has worked as news producer for BBC World Service, as well as contributed to The Guardian (UK), Deutsche Welle (Germany), Al-Raya (Qatar) and many other publications. Covered serious events such as the internal conflict between Fatah and Hamas in 2007, and the Israeli Cast Lead war on Gaza 2008-2009. Hazem is also the founder of the Palestinian Institute for Communication and Development (PICD). Twitter: @iHaZeMi.