Will Egyptians pay to WATCHiT?

WATCHiT, Egypt’s homegrown response to Netflix, is under fire from Egyptians who resent the fees it charges, artists who resent its monopoly and hackers, who've challenged its security. 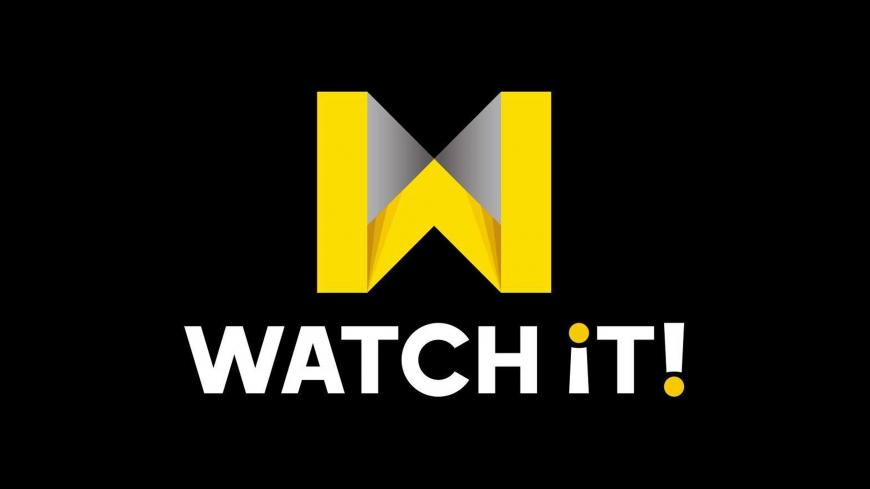 The Egyptian streaming service WATCHiT has gotten off to a rocky start. - Facebook/WatchiTMENA

A new streaming app in Egypt has sparked controversy among fans of TV series, who are bemoaning that they will now have to pay to watch what they had been watching free online for years.

The privately owned United Media Services Group, which produces TV series and owns several TV channels, launched WATCHiT, Egypt’s homegrown answer to Netflix, on May 1, just before Ramadan which falls this year May 5-June 4. Its Synergy Films affiliate produced 15 of the 26 television series broadcast during Ramadan, the peak viewing season of the year. United Media Services also owns most Egyptian satellite channel networks, including Al-Hayat and ON E, and the lion’s share of the Capital Broadcasting Center (CBC) channels, and it recently acquired D Media Group, which owns the popular TV channel DMC.

In the past, Egyptians who missed a series on TV had watched the reruns for free, either through TV channels on YouTube or on pirate sites. Since the launch of WATCHiT, however, most series are no longer available through free digital platforms after their original streaming.

Tamer Mursi, CEO of the United Media Services, issued a May 4 statement on what's behind WATCHiT. Local media quoted the statement as saying, “Most of the global content producers have for some time aimed at protecting the intellectual property rights of content. The content is therefore not available on free platforms in the high quality required by modern viewers. However, it might be available on specialized digital platforms.” It also stated, “The new platform will seek lots of media rights in different areas to entertain viewers.”

Many Egyptians have a hard time meeting their basic housing, food and health needs. The prices of oil, medication and telecommunication services have consistently increased with the economic reform packages the government implemented in accordance with International Monetary Fund requirements for securing financial assistance.

Mohammad al-Assi, a Cairo resident who works at an electronics store, expressed his outrage to Al-Monitor. “We even have to pay to watch TV series now!” he lamented. “We are better off without them, if so!” Assi used to watch reruns of TV series on YouTube because his work hours do not allow him to watch them during their regular broadcast hours.

Unlike Assi, Muhannad Ahmad, who lives in Giza, said he has no objection to paying a subscription fee to watch high-quality content, but thinks it is unlikely that he will to pay to watch Egyptian content, which he considers mediocre compared to that offered on platforms like Netflix, HBO and Wavo at cheaper prices.

Ahmad also noted that it is unclear what shows WATCHiT will offer. He remarked, “Should I subscribe to a platform whose future [programming] is unknown? I might consider it [when I know more], but not now.”

Technical problems experienced by WATCHiT early on have already put off some potential customers. Viewers who tried to access the app content faced ran into difficulties, and news began circulating on social media that the website had been hacked the day after its launch. The company announced 10 days after debuting that it had temporarily halted downloads, its content would be free until the end of May and subscribers had the option of obtaining a refund.

A May 16 company statement said that WATCHiT had received thousands of subscription requests, but the site had been taken down for a few days to beef up security after hackers attempted to breach it. On May 24, WATCHiT came under renewed criticism after United Media Services signed an agreement with Maspero, which operates state-run broadcasts. The agreement gave WATCHiT exclusive rights to steam the digital content of the Egyptian television library, which contains thousands of rare films and radio productions.

The author Omer Taher asserted on Facebook that Egyptians have a right to freely access the back catalogue of Egyptian television, arguing that the nation's cultural heritage should not be monopolized or sold to a single company for profit making. Ayman Bahgat Amar, son of the late poet Bahgat Amar and a poet himself, tweeted a threat to take legal action to protect the digital rights to his father’s work in the television library.

Faced with such criticism, Maspero clarified on May 25 that the media and artistic content had not been sold to WATCHiT. Rather, the steaming service had only been given the right to steam it. That said, WATCHiT still stands to profit from such content through subscriptions.

Some Egyptians support WATCHiT's model. Khaled Barmawi, a digital journalist, told Al-Monitor that he advocates paying for content, as it protects creators' copyrights. For such services to become successful, a cultural shift will be needed because internet users in Egypt have grown accustomed to accessing free content, he said.

“To change this culture, we need time, awareness and patience so that people can become convinced [that it is worth paying for high-quality content],” said Barmawi. “The idea should be introduced to them gradually. At first, the platform should be made available for free, then for a low subscription fee and eventually for a full fee.”

He remarked that the second challenge is to ensure that the quality of the content on paid platforms is good enough to encourage people to subscribe. “You need a clear plan and vision to get the audience to pay,” Barmawi added.

Egypt is the most populous Arab country, and according to the Egyptian Ministry of Communications and Information Technology, more than 100 million people, 40% of the population, having internet access, including 34% who connect through their mobile phones. Google Play recorded more than 50,000 downloads of the WATCHiT app, which critics say is below the company's expectations.