In an attempt to reclaim Palestinian land, several groups are organizing hiking trips in the West Bank, with most of the trails located in Area C under Israeli military control. 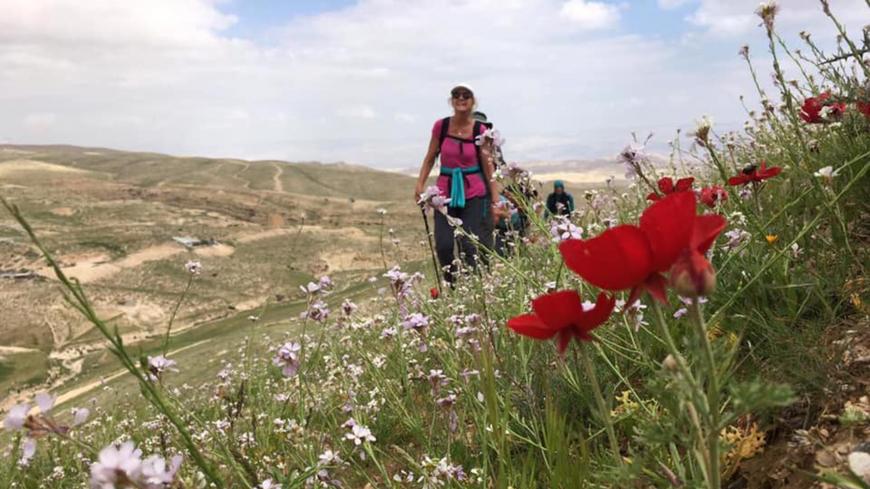 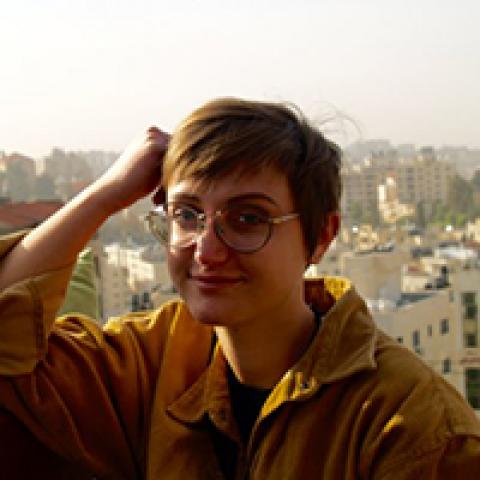 After a long and gloomy winter, spring has finally arrived in Palestine. With rolling green mountains and deep, maze-like valleys, the terrain of historic Palestine makes for great hiking, climbing and camping trips. Every Friday and Saturday, dozens of charter buses leave from major West Bank cities shuttling thousands of Palestinians to beautiful destinations for some sort of outdoor activity.

But this was not always the case in Palestine. The rising popularity of outdoor sports and ecotourism is a relatively recent phenomenon as the Israeli military occupation heavily restricts Palestinian freedom of movement. After the Oslo Accords, the West Bank was divided into three areas: Area A, under Palestinian Authority (PA) control; Area B, under PA civil authority and Israeli military authority; and Area C, under full Israeli military control.

Comprising more than half of the West Bank, most of the valleys, mountains and canyons that are perfect for outdoor sports and ecotourism activities are in Area C. Access to Area C for Palestinians is possible, but because of expanding settlements and a heavy military presence, it is not always easy.

“One of the main goals of the trail is for people to exist in Area C,” said Zaid Azhari, a field coordinator for Masar Ibrahim al-Khalil, the first ecotourism group in Palestine.

As a collective of three nonprofit organizations in Palestine focused on alternative, community-based tourism and wildlife preservation, Masar Ibrahim al-Khalil created a “nativity trail,” the first of its kind in Palestine. Stretching from the top of the West Bank in the city of Jenin down to the South Hebron Hills, the 330-kilometer (205-mile) trail is a 21-day trek that passes through various villages and historical sites in the West Bank.

Azhari told Al-Monitor that Area C makes up roughly 60% of West Bank land, so most of the archaeological sites, agricultural areas and of course beautiful nature reserves are in this area. “Something special is in Area C,” he said. Masar Ibrahim al-Khalil is promoting Palestinian reclamation of land, “because if you hike in the land, you will own it,” Azhari noted.

Masar Ibrahim al-Khalil was established in 2008, but its nativity trail did not open until 2014. Although Azhari did not claim the group’s responsibility in popularizing hiking in Palestine, there has been an upsurge in this outdoor sport, and others, over the past five years.

“Since the second intifada, people believe they cannot move freely in the West Bank,” Azhari said. “People found it rather strange when we first started the [Masar Ibrahim] trail.”

The second intifada (2000-2005) and the Israeli invasion of the West Bank during this time period tightened the grip on Palestinian freedom of movement. The violence during these years resulted in the construction of the separation wall and dozens of checkpoints between Palestinian cities in the West Bank.

Amjad Salman, a resident from Nablus, went on his first organized hike in Palestine April 5, in Wadi al-Darajeh, near the Jordan Valley city of Jericho, with Horizon - Palestine Bike Trail. As a child, Salman and his cousins played in the mountains and wandered through the valleys. “But after the invasion they stopped us. Before we could go anywhere,” he told Al-Monitor

Horizon - Palestine Bike Trail began mapping out mountain biking and hiking trails throughout the West Bank in 2016. Its founder, Alaa Hamouz, from Nablus, told Al-Monitor that the West Bank has hundreds of gorgeous trails for biking and hiking, but only about 50 are accessible. “There are fewer options and less beautiful areas [for Palestinians],” Hamouz said. "You know because the settlements are located in the beautiful areas. The settlements are the main reason for my lack in freedom of movement.”

Settlements are nestled on hilltops all over the West Bank, mostly encircling Palestinian cities. They create a physical obstacle to outdoor sports and travel in the West Bank, as well as a mental barrier as Palestinians are often frightened to encounter Israeli settlers in Area C.

Worood Sharabati, a cave explorer and founder of Palestine’s only Palestine Caving Club from Hebron, told Al-Monitor that her biggest challenge as an outdoor guide is combating the public's fear of the settlers. When the political situation is difficult or when there is a flare-up in violence, some people cancel the trip they have booked. “When we have a problem it is usually because some caves, people fear, [are] near settlements and it will be dangerous.”

While Palestinian access to the bountiful nature of the West Bank was denied for years, the Israeli settlers were free to explore and mark trails of their own. “[The settlers] know so much about the caves and hiking and all this stuff. They do it a lot,” Sharabati said.

“I don’t care [about the settlers],” Khalil Hamouz, a hiker in Wadi al-Darajeh, told Al-Monitor. “They come to enjoy themselves and we come to enjoy ourselves, and we need to prove that we can come also.”

“We go anyway [despite the fear],” Sharabati said. She founded the Palestine Caving Club three years ago with the goal of connecting the Palestinian people with their land — to change their minds. “It is our land,” she added. "And we should know more about this and let people know that we are here and this land is ours.”

For many Palestinians in the West Bank, there is a sense of disconnect with the land and its history, Azhari believes. This mainly has to do with the Israeli military occupation. For him, one of the main benefits of his work on the Masar Ibrahim al-Khalil trail is to reconnect people to each other and to the land. “You will know more about your country, and you will discover new places in your country,” he said.

“The people want this,” Sharabati noted. “They want to discover and go out and have fun and know more about their land, their country. It makes you feel better. People have so many problems with family, with the settlements, with the Israelis, with so much stuff. When they go out, they are feeling good and forget [all their worries]. It doesn't last long, but it’s something,” she concluded.