US permits civil nuclear ties with Iran despite 'maximum pressure' 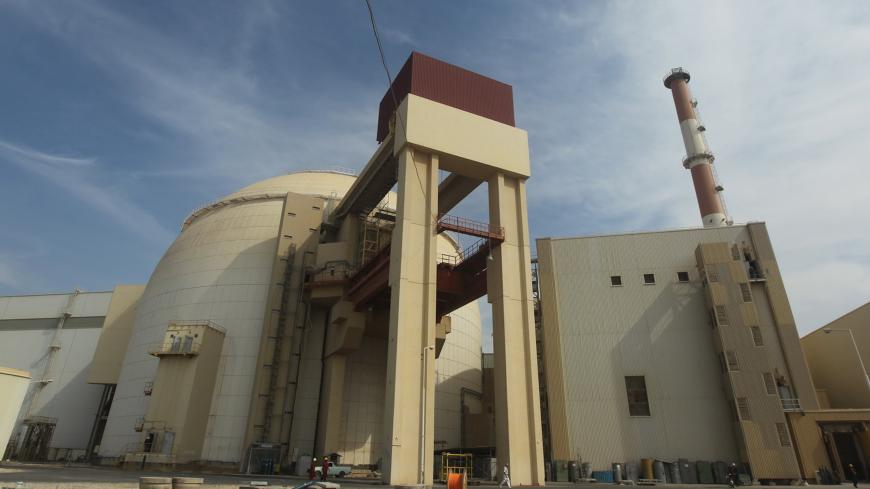 The US maximum pressure campaign on Iran includes sanctions to bring Iranian  oil and condensate exports to zero, and designating the Islamic Revolutionary Guard Corps (IRGC) as a foreign terrorist organization, but so far does not include prohibiting foreign companies from working on Iran’s civilian nuclear reactors under the terms of the Joint Comprehensive Plan of Action (JCPOA), or Iran nuclear deal.

Advocates of an even tougher line on Iran in the Trump administration and Congress are pressing for those waivers to be revoked, but they face resistance from European allies and the State Department, according to a Bloomberg report.

The civil nuclear agreements with Iran help to assure that the Bushehr power plant, Fordow site and the nascent Arak reactor remain subject to conditions and modifications which are designed to significantly reduce potential proliferation risks, as outlined in the JCPOA.

Esfandyar Batmanghelidj writes that the threat of the United States revoking waivers on civil nuclear cooperation could be the "fatal flaw" in the JCPOA, and may be the reason that Chinese work on the Arak reactor has been so slow.

“Implementation of civil nuclear cooperation commitments under the JCPOA depends on engineering companies specialized in nuclear technology, meaning that these specific and fundamental commitments of signatories to the nuclear deal share the same vulnerability to US secondary sanctions as the more loosely defined economic commitments," explains Batmanghelidj.

“In 2017, the Atomic Energy Organization of Iran (AEOI) signed a contract with the China National Nuclear Corporation (CNNC) covering the initial phase of the Arak reactor's redesign,” adds Batmanghelidj. “While French nuclear giant Areva undertook nuclear safety training in Iran and while Russia’s Rosatom has long had a role in the development of the Bushehr reactor, CNNC and its subsidiaries were entrusted to spearhead the key JCPOA-related redesigns,” he writes.

“In January, AEOI head Ali Akbar Salehi complained publicly that sanctions fears were stymying progress of the reactor redesign,” Batmanghelidj continues. “The Arak project is also jointly overseen by the United Kingdom, which stepped into the role when the Trump administration withdrew from the JCPOA in May 2018. China is responsible for the implementation of the revised designs. While the UK and China have signed off on the latest redesigns, Salehi cited little progress in actual construction, stating, ‘Ever since the US withdrew from the nuclear deal, China has slowed its cooperation with Iran for redesigning the Arak reactor.’”

“This conundrum comes against the backdrop of the Trump administration’s targeting of companies such as Chinese telecommunications giant Huawei or Russian aluminum producer Rusal, demonstrating an increasing US readiness to target commercial enterprises, often with a truncated legal process, in order to advance larger political goals,” Batmanghelidi concludes. “Given that present tensions between China and the United States extend beyond the JCPOA to the higher-profile issue of the roiling trade war between the two economic powerhouses, it is understandable that CNNC would prefer to avoid the line of fire.”

There are signs that the Trump administration is making a case that Iran is not complying with its obligations under the Treaty on the Non-Proliferation of Nuclear Weapons (NPT), as Bryant Harris reports. The new allegations, based primarily on documents that Israeli intelligence says it seized from an Iranian nuclear archive in 2018, contradict the International Atomic Energy Agency’s (IAEA) assessment of Iran’s compliance with the JCPOA, as well as the State Department’s “previous nonproliferation reports, which as recently as last year found that issues on Iranian NPT violations ‘were resolved as of the 2015 reporting period, despite Iran’s continued refusal to acknowledge or provide certain information about the military dimensions of its past nuclear activities.’”

The International Monetary Fund (IMF) reports that Iran’s economy will shrink this year by 6%. The IMF assessment, a revision downward from the previous prediction of a 3.6% decline, came before both the US announcement of the end of oil sanctions waivers to eight countries and calculation of the costs of the devastating floods in Iran, totaling at least $2.5 billion in direct damages, and much more in indirect impact.

The disastrous state of the Iranian economy shows that the US campaign of maximum pressure is taking a toll. Iranian exports have fallen from approximately 2.5 million barrels per day (bpd) in April 2018, to between 1.1 million-1.3 million bpd this month. US Secretary of State Mike Pompeo said US sanctions have already cost Iran over $10 billion in oil revenues, out of a projected $50 billion.

The Wall Street Journal reports that Asian countries and companies on which Iran had been counting as an economic lifeline are rethinking their business ties. “Businesses rethinking their dealings with Iran,” the Journal writes, “are banks, oil companies and technology giants including Huawei Technologies Co., Lenovo Group, LG Electronics Inc. and Samsung Electronics Co.

In addition to the impact of oil sanctions and the floods, Khajehpour writes, “Iran has a structural budget problem — the government always plans the state budget based on a zero-deficit approach, but ends up producing a budget deficit that contributes to inflation, creating a vicious cycle of inflation, deficit and economic decline. In the first nine months of the past Iranian year, when the most severe impact of US sanctions on Iran’s oil exports had not yet kicked in, the budget deficit had reached an unprecedented 400 trillion rials ($9.5 billion). The deficit was projected to reach 600 trillion ($14.3 billion) by the end of the Iranian year.”

Furthermore, the Iranian government does nothing to contain liquidity growth. “The country’s money supply has exploded,” writes Khajehpour. “In the last Iranian year, the money supply grew by 20.9% and experts expect a 25% growth in the current year.”

Iran’s economy and banking sector are crippled by a lack of transparency, capital flight and a poor climate for investment, all compounded by sanctions, explains Khajehpour.

Al-Monitor Pentagon correspondent Jack Detsch’s article “Trump blows off congressionally mandated Yemen certification” was selected by voters in an online poll conducted by the Forum on the Arms Trade for “exemplary journalism that uncovers new information and/or expertly explains issues related to the arms trade, security assistance, and weapons use that were published in the first quarter of 2019.”

Detsch's article, according to the award announcement, “reports on a number of developments as relates to the war in Yemen. He captures Congressional efforts for oversight into US involvement, including requirements for certifications and War Power Resolutions, while also reminding of the humanitarian crisis and updating readers on the peace process at the time.”

Al-Monitor, which has also received the 2014 International Press Institute Free Media Pioneer Award and an Online Journalism Award in 2017 for our lobbying series, is delighted to see Jack recognized for his outstanding reporting.