After the fall of IS, Easter celebrations were held in only in some northeastern Syrian areas. 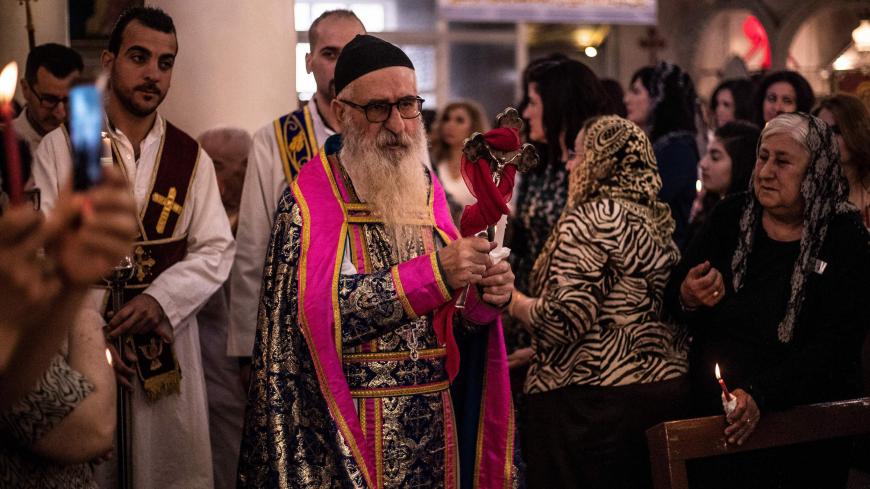 A priest blesses worshippers during an Orthodox Easter service at the Church of St. Jacob in the Kurdish-controlled city of Qamishli in northeastern Syria, April 28, 2019. - DELIL SOULEIMAN/AFP/Getty Images 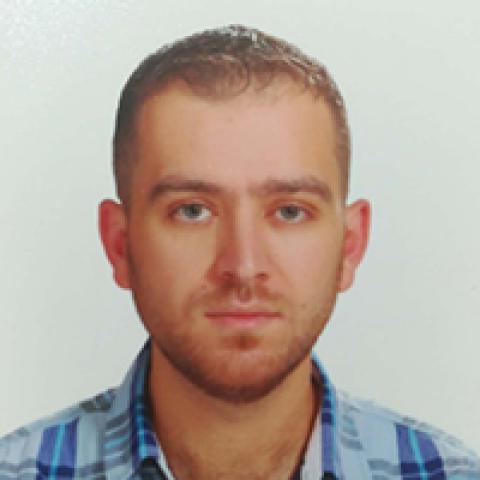 Christians in Syria on April 28 celebrated their first Easter following the declaration of the defeat of the Islamic State (IS). The militant group had taken the province of Raqqa as its main stronghold in recent years, and had committed atrocious crimes against Christians in Raqqa and in Hasakah province.

Despite the activities and events organized by churches and religious associations in northeastern Syria, Christians are far from getting their normal lives back.

Gabriel Moshe Kourieh, the head of the Assyrian Democratic Organization, said, “Christians will regain normal life only when stability and security are instilled as part of a secular democratic regime for all Syrians.”

The Assyrian Democratic Organization and other Christian groups seek to "preserve the national, cultural, linguistic and religious heritage of Christians by celebrating national and religious holidays" and by promoting customs and traditions, including different languages, Kourieh told Al-Monitor.

In turn, the Syriac Union Party, observing the Eastern calendar, issued Easter congratulations to all Syrian Syriacs and Assyrians. “In Syria, despite the war in the last eight years and the ensuing exodus of our people, will and faith remained unwavering. [Our people] continued to assert their attachment to their land and to defend their existence and rights.”

However, Easter celebrations and festivals did not take place in village churches in the Khabour area of Hasakah and Raqqa. These villages were abandoned as a result of the killings, abductions and displacement by IS.

Jimmy Shanhyan, a Christian who now lives in Germany and works for an organization supporting civil society in Raqqa, said he has strong memories of previous holidays. He was displaced from Raqqa along with hundreds of other Christians after IS took over. The province was home to 1,500 Christian families, but then only 25 families remained. Shanhyan told Al-Monitor that IS had destroyed three churches in Raqqa.

IS took over the city of Raqqa in early 2014, and Christians were displaced as the Islamic militant group advanced during the year. Displacement increased after IS kidnapped hundreds of Assyrian Christian members in Hasakah.

Christians were the most affected in IS-controlled areas. They faced various kinds of persecution, such as murder and kidnappings. They were forced to pay IS a special tax (jizia) in return for protection. They were denied their right to practice their religious rituals.

Jamil Diarbakerli, the director of the Assyrian Monitor for Human Rights, told Al-Monitor, “When IS invaded Christian villages it wreaked havoc and devastation. More than 10 villages and about 12 churches and synagogues were destroyed in whole or in part in the Jazira region, Raqqa, Deir ez-Zor and Tabqa.”

He added, “About 280 Christians were abducted from Khabour villages. About 100 families were kidnapped by IS in the province of Homs in central Syria, and more than 15 killed.”

In light of these horrific figures, Diarbakerli does not believe Christian holidays will be celebrated as they once were before the war in the Christian towns and villages in northern Syria. “This needs more than defeating IS,” he said. “To regain their normal lives and practice their religious rituals again, Christians need reconstruction and a political transition in Syria.”

He said Syria had witnessed a massive wave of Christian migration. The prospects of their return are bleak amid a current environment favoring threats, killings and displacement. He continued, “There are a number of Christian villages in Jazira, Raqqa and Tabqa where life is almost nonexistent. These villages are still destroyed.”

Osama Abu Uday, a member of the media office of the Raqqa Civil Council, told Al-Monitor, “There is only one [Christian] family left in Raqqa [city]. All other families were displaced to the areas controlled by the regime. All of Raqqa’s churches were leveled to the ground by IS explosions.”

Hossam Sheikh, a media activist in the city of Derek in Hasakah, told Al-Monitor, “The scarce number of Christians left in the region shows the extent of the Christian tragedy in recent years. Only around 40,000 Christians currently live in Jazira, down from more than 150,000 before 2011.”

Still, the churches and streets of Tel Tamur, Qamishli, Amouda and Derek in northeastern Syria were all decorated for the Easter celebrations. However, such ornamentation was absent from villages and churches in other areas.

Although Syrian Christians are attempting to revive their religious holidays in areas recovered from IS, Diarbakerli said these areas will not see life as normal as long as the culture of the militias that govern the region prevails amid the absence of an all-inclusive rule of law governing the full spectrum of the Syrian people.