Syriac and Assyrian authorities suspended New Year festivities and called on people not to gather for celebrations. 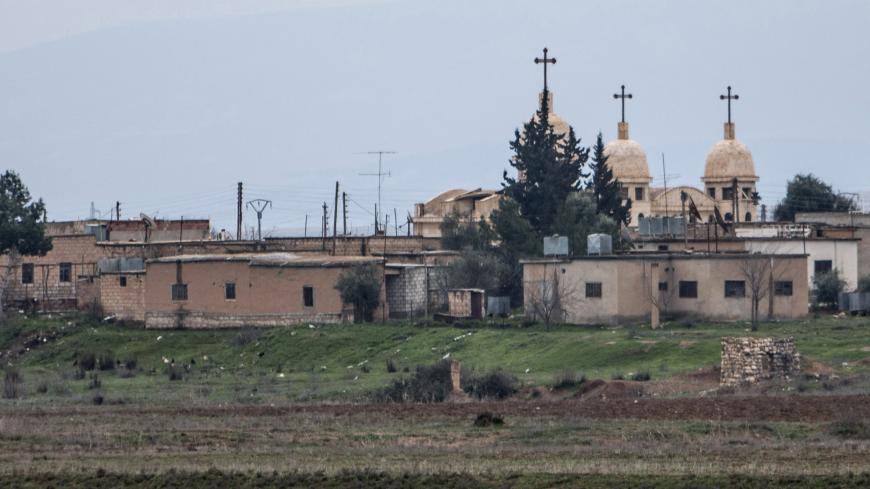 HASAKAH, Syria — Christian Assyrian and Syriac political parties in northeastern Syria canceled celebrations marking the 6770th anniversary of the Assyrian Babylonian New Year and Akito's Day over fears of the spread of the coronavirus.

Assyrians, Syriacs and Chaldeans celebrate on April 1 of every year, and the festivities continue for the following 12 days as families wearing folkloric dresses go out in nature and dance.

In a March 30 statement on its Facebook page, the Syriac Union Party, based in Qamishli city, called on people not to gather and to abide by the precautionary measures and stay home to curb the spread of the virus.

“Akito's Day comes this year amid a worldwide crisis as a result of the broad spread of the coronavirus," the statement read. "In order to curb this epidemic, we call on all our people throughout the world to stick to all instructions issued by official authorities.”

According to unofficial statistics dating back to before the Syrian war in 2011, there were 1.2 million Christians in Syria, most of whom fled the war. Meanwhile, Syriacs constituted about 30,000 of Christians, and most hail from Hasakah province.

Nazira Kourea, an official in the Syriac Union Party and co-chairwoman of the Kurdish autonomous administration’s (Rojava) executive council, told Al-Monitor, “The Assyrian Babylonian New Year and Akito's Day’s celebrations were canceled for the first time in compliance with the decision of the autonomous administration and given the outbreak of the coronavirus in the world. Syria has recorded nine cases [as of March 29] and only one death so far, although no cases have been yet reported in northeastern Syria.”

More cases have been confirmed since then, bringing the total infections in Syria to 19 as of April 2.

“Festivities are canceled as people traditionally go out [during this holiday] in large numbers to celebrate outdoors and it is very important that they remain at home this year given the seriousness of the virus,” she added.

The autonomous administration imposed a 15-day curfew March 23 on all cities and towns under its control, which could be extended if necessary. Land crossings with the Syrian government areas and the opposition-controlled areas were closed. The only sea crossing that connects the autonomous administration areas to Iraq’s Kurdistan was also closed, and arrivals were banned to prevent the spread of the disease. Schools, universities and institutes were suspended, and cafes and restaurants were closed. Moreover, mourning and condolence gatherings and weddings were prohibited.

May Simon, a college student from the city of Hasakah, told Al-Monitor via phone that she and her family decided to celebrate at home. “We decided to stay home this year for the celebration of the Assyrian Babylonian New Year due to the lockdown,” she said.

In an audio recording March 31, Mount Lebanon's Orthodox Archbishop Georges Saliba extended his greetings to the Assyrian and Syriac community and called for prayers during the holy month of April to “save humanity from the clutches of this [virus] that is sweeping the world’s countries.”

Sanharib Barsoum, co-chairman of the Syriac Union Party, told Al-Monitor, “The decision of our party to cancel all forms of celebrations due to the coronavirus is part of the preventive measures and precautionary guidelines imposed by the autonomous administration in a bid to protect its citizens.”

“This is especially necessary since the hospitals and medical centers in northeastern Syria lack the necessary medical equipment for the coronavirus patients. Failing to abide by these instructions will lead to a spike in the infected cases. Citizens have to remain in lockdown and every household can celebrate at home. away from any dangerous gatherings,” he added.

In a statement published on its website March 23, UNICEF warned against the dangers of COVID-19, which threatens the lives of 460,000 people, namely children, in the Hasakah province, especially after Turkey cut water supplies from the wells at the Ras al-Ain station in the countryside of Hasakah. This is not to mention the acute shortage of equipment and medical assistance, according to the statement.

As UN aid to the autonomous administration areas was halted, officials feared that the pandemic could reach the 11 camps spread across these areas and inhabited by more than 100,000 displaced people, especially al-Hawl refugee camp, east of Hasakah. The camp is home to Syrian and Iraqi families, as well as Islamic State (IS) families.

Hanna Hanna, representative of the Syriac Cultural Authority at the autonomous administration and head of the Syriac Cultural Association in Qamishli, told Al-Monitor, “Churches in the cities of Hasakah, Tell Tamr and Qamishli canceled prayers and services and banned worshipers from visiting churches for fear of the virus spread. All religious occasions and festivities have been canceled as the pandemic is raging across the world.”

On March 25, the Syriac Orthodox Church in Qamishli held service on the occasion of the Feast of the Cross and Annunciation Day, in the absence of worshipers, in implementation of the preventive decisions of the archbishop of al-Jazeera and the Euphrates and the Syriac Orthodox Patriarchate of Antioch and all the East.

The Syria Orthodox Church also suspended church services, prayers and ceremonies and limited funeral attendance to the families of the deceased and priests.