The Iranian state appears to be increasingly funneling its resources into preserving and satisfying its loyal base rather than toward all-out efforts to win the hearts and minds of the broader public and enforce ultraconservative practices. 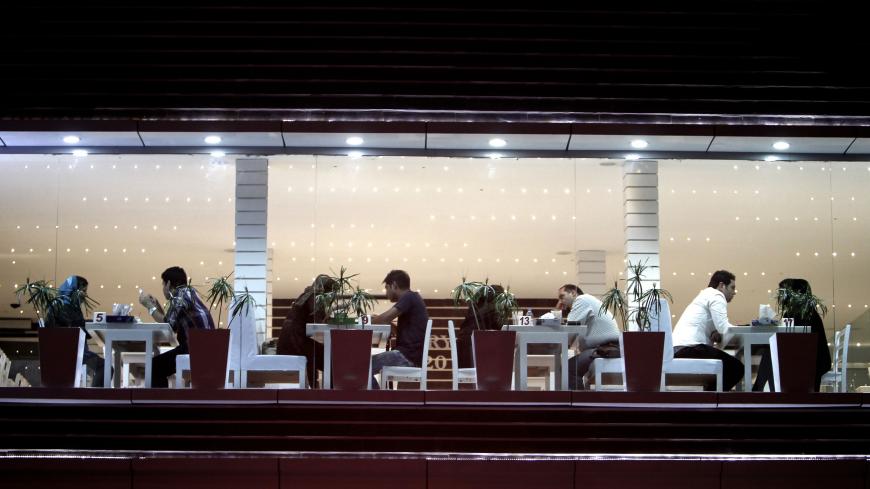 On the 40th anniversary of the Islamic Revolution back in February, Ayatollah Ali Khamenei underlined the necessity of leading an Islamic lifestyle in the Second Step of the Revolution, his most important public message in the past few months. It was one of several other instances of Khamenei raising this subject in the last few years. The hard-line preacher Alireza Panahian has asserted, “The revolution has progressed in most areas except for [enhancing an Islamic] lifestyle.” Perhaps this points to the impetus behind the supreme leader's focus on the issue.

A quick look at the social realities in Iran indicates that both the general public and the rank and file among the revolutionaries have not been immune to the “cultural invasion of the West,” to use Khamenei’s own words. Indeed, the public sphere has moved so radically away from Islamic and revolutionary ideals that some conservatives feel the need to shield themselves from its allegedly contaminating influences by retreating into their own private enclaves and public “safe havens.” To this end, numerous cafés and restaurants in Tehran have been established to cater exclusively to ultraconservative families. The condition of admission is strict observance of the hijab and abiding by conservative codes and etiquette.

Since the early 1980s, the revolutionaries have proactively tried to impose a conservative moral ethos on Iranian cities by enforcing compulsory hijab and other sartorial codes, but they are increasingly disappointed with the ability of such coercive measures to dominate the public arena. Meanwhile, they continue to struggle to protect their own not only from the dominant, non-conservative lifestyle of the broader public, but also from the sheer rage of large segments of society that associate any visible sign of conservative religion (such as the chador) with government corruption, mismanagement and rights violations.

Unlike in the early revolutionary years, in most cities today wearing strict hijab and other symbols of conservative religiosity can make one a target of the wrath of ordinary people. Thus, those displaying conspicuous icons of religiosity might well feel uneasy, and at times unsafe, when out in public places. In the last few years alone, several incidences of violent assaults against clerics have been reported in large cities. Three of them resulted in death.

According to Mohsen Hesam-Mazaheri, a sociologist in Tehran, what's driving this phenomenon is clerics being associated with the state and thus with its malfunctioning, corruption and abuses of power. Given this, religious people, and especially women wearing the chador, are most vulnerable to assault. Though most of them are not beneficiaries of the wealth and power of the state, they are paying a price for being connected to the Islamic Republic.

As a consequence of these dynamics, instead of seeking to impose conservative moral standards on society, religious Iranians are increasingly avoiding clear symbols of state-sponsored religiosity and dissociating from the state. Hesam-Mazaheri claims that in this vein more and more women are forgoing the chador in favor of less-marked hijabs in order to suggest a distance from the state and its conduct. Even some clerics now wear cloaks and turbans only in religious processions and defrock when in public spaces.

Not every ultraconservative woman is prepared to give up the chador, however, nor is every cleric ready to hang up his religious gowns. Thus, fearful under the discerning gaze of the public, conservatives inevitably have sought refuge in private enclaves. The state itself, perhaps unwittingly, has exacerbated the separation of conservatives from the broader public by building large-scale housing complexes for members of the Islamic Revolutionary Guard Corps (IRGC), for example, Shahrak-e Mahallati and Shahrak-e Kharrazi in Tehran, and for clerics, such as Pardisan and Mahdiye in Qom.

This isolation indicates that ultraconservatives are disappointed with the public sphere — which attests to the failure of the Islamization project — and feel vulnerable and in need of shelter from the secular, outside world. The latter includes most banks, educational institutions (such as government schools and universities) and national TV programs. Since the functions of these institutions are necessary for everyday life, ultraconservatives have launched alternative Islamic versions of almost all of them. These include several IRGC-owned hospitality complexes for members of the force and the public, among them the Tala’iye Complex in northeastern Tehran, the Hoveyzeh Complex in eastern Tehran, and Fanoos Restaurant; tens of Quranic and Islamic schools; the Ammar International Popular Film Festival, showcasing works by religious and revolutionary artists, and numerous other parallel organizations.

In short, the Islamic Republic is now experiencing the rise of separate and parallel religious and revolutionary subsystems and institutions, or in other words, the separation of the religious and the secular within the state.

This isolation and segregation have paradoxical outcomes. On the one hand, it represents de facto recognition that there are two separate social realms: one for ultraconservatives and one for the general public. The perception by ultraconservatives that they can live as they wish in these secluded towns and neighborhoods might lead them to gradually give up trying to Islamize the broader public and thus relieve the pressure to conform felt by other Iranians. There are already signs that some segments of the ultraconservatives have adopted this mindset. On the other hand, and quite contradictory, living in an artificial bubble of in-group discourse and the lack of contact with the broader society may lead to even more radicalization among the ultraconservatives.

All in all, though it is an overstatement to argue that Iranian conservatives have given up on the Islamization of the public sphere, evidence suggests that the state is now funneling its resources into preserving its loyal base rather than winning the hearts and minds of the broader, discontented public.