Intel: The history of Trump vs. IRGC 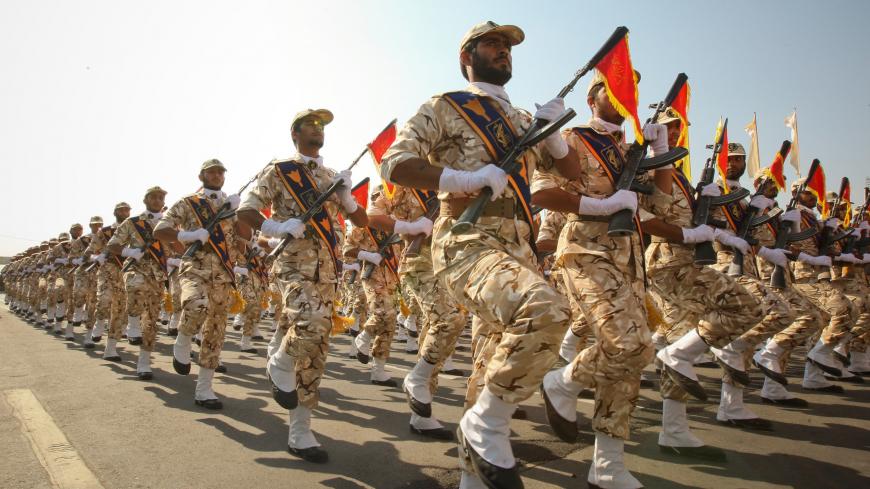 Members of the Islamic Revolutionary Guard Corps march during a parade to commemorate the anniversary of the 1980-88 Iran-Iraq War in Tehran, Iran, Sept. 22, 2011. - REUTERS

President Donald Trump has been laying the groundwork for today’s designation of Iran’s Islamic Revolutionary Guard Corps (IRGC) as a terrorist group for at least 18 months, a review of US statements shows.

Secretary of State Mike Pompeo himself suggested as much when he made the decision official, telling reporters at the State Department that the IRGC designation should “surprise no one” but rather “builds on” the administration’s sanctions against more than 970 Iranian businesses and individuals since the president took office.

Why it matters:  The increasingly hostile rhetoric places today’s decision squarely within the administration’s “maximum pressure” campaign against Tehran. A timeline of recent public statements lays out the US escalation — and the Iranian pushback — in stark terms:

What’s next:  Today’s designation “makes crystal clear the risks of conducting business with, or providing support to, the IRGC,” Trump said in a statement. “If you are doing business with the IRGC, you will be bankrolling terrorism.” As the sanctions go into effect in one week, look to the Europeans and other parties to the deal to see how far they are willing to challenge the United States in an effort to salvage a nuclear deal they see as being in their national interest. Iran’s neighbors — particularly Iraq — will also come under tremendous pressure. And Iran will be contemplating its next steps after labeling the Pentagon’s Central Command a terrorist group today.