From Aleppo to alpha male: Beirut dance fest takes on the world

Founded 15 years ago, the Beirut International Platform of Dance strives to make contemporary dance a staple of Lebanon’s artistic culture while pushing the boundaries of the art form to speak to the issues of the day. 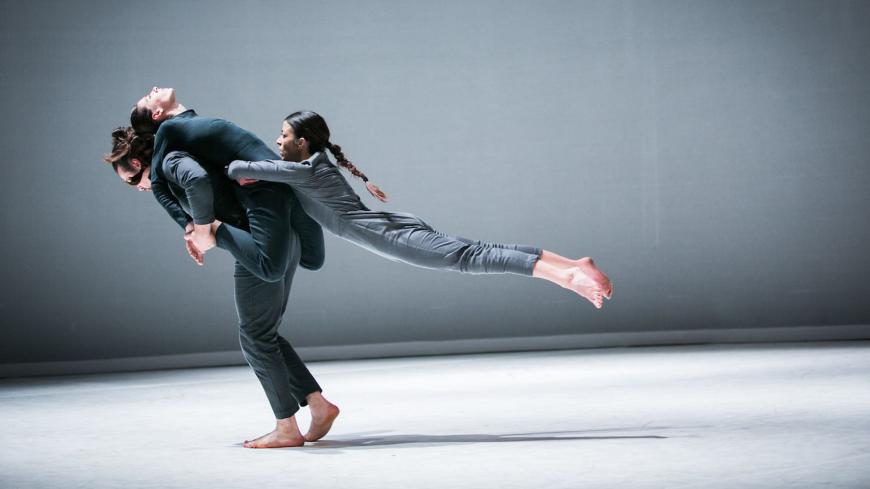 GN I MC is one of the companies performing at this year's Beirut International Platform of Dance (BIPOD) festival. Posted March 2, 2019. - Facebook/bipodfestival -Marti Albesa

BEIRUT — “We need to push continuously,” Omar Rajeh, founder and co-director of the Lebanese contemporary dance company Maqamat, told Al-Monitor. Rajeh is also one of the organizers of the Beirut International Platform of Dance (BIPOD), a festival whose 15th edition is taking place April 4-13. It features companies from the Middle East and around the world and seeks to establish itself and contemporary dance as mainstream fixtures on the Lebanese cultural scene.

“I am afraid of being static, afraid that the festival might become routine,” Rajeh said. “In order to prevent this, every year I feel we are pushing harder and harder, thinking of something new to develop the festival, to build it up and push it further on many levels.”

Rajeh founded BIPOD in 2004, after returning to Lebanon from studying theater in England. Back at home, the cultural events, or lack thereof, in the early 2000s left him underwhelmed.

“I felt that there were not enough performances,” he explained. “I thought we could start gatherings with artists I liked, so we held the first edition [of BIPOD] in 2004, and there was a lot of interest from the audience.”

Over the years the festival grew, with the founding of Maqamat in 2007 offering organizational support to the art form taking root in Lebanon. “What we do now feels like a chain,” Rajeh remarked. “We have trainings, production, and now we are even helping with the diffusion of works.”

Rajeh's contemporary dance piece “#MINARET” premiered on opening night at BIPOD. A performer as well as a choreographer, Rajeh took to the stage with a live band and half a dozen other dancers. The performers acted out a story of defiance and fear using semi-improvised movements set to a score featuring an unnerving mix of traditional Arabic music and distorted electronica. A camera drone hovered above the dancers throughout the performance, “surveilling” their every move.

Rajeh explained that he got the idea for the performance after watching a short documentary on the fate of the city of Aleppo during the Syrian civil war and finding himself seized by the cultural destruction.

“I was on Facebook and saw the destruction of the city, just thousands and thousands of buildings, like a ghost city,” Rajeh said. “Because it was on Facebook, I didn’t know what I could do. Do I ‘like’ it, ignore it, comment on it? It was a difficult moment to know how to act.”

What in particular left Rajeh unsure of a way to respond was the fate of the 11th-century minaret of the Great Mosque of Aleppo, which was destroyed during fighting between the Syrian government and rebel forces in 2013.

“The destruction of the minaret was really the focal point,” Rajeh said. “It was a symbol of the city. It reflected the soul of the city, like the Eiffel Tower or Big Ben.”

Mia Habis, a performer in “#MINARET” and co-director of Maqamat, told Al-Monitor that Maqamat had wanted to present a nuanced picture of the city and the people in it in a way unique to dance.

“There is no victimization,” Habis remarked. “It’s about a body that resists and maintains certain values and ideas. It is very satisfying as a performer to deal with this subject, not as a victim but as someone who questions and is strong. Empowering the body is a way of resisting.”

“#MINARET” stands alongside a number of other performances selected to keep BIPOD fresh, introducing novel takes on controversial subjects, Habis explained. “We have reached a place where BIPOD is renowned,” she said. “It has a good reputation in Lebanon and abroad, but you can always push further.”

Shaun Parker, an Australian choreographer and one of the international performers at BIPOD, seconded Habis, telling Al-Monitor, “We need to keep on bringing [the performances] back to the issues.… I drive towards connection, craft and staying true to your vision, because there are a lot of obstacles.”

In “King,” the work Parker chose to perform at the festival, 10 tuxedoed dancers and the Bulgarian singer Ivo Dimchev tackle male aggression in a vivid and often-violent performance.

“[The dance is about] a self-entitled alpha male, who thinks he can do whatever he wants, and the other men who realize that they have to bring him down,” Parker told Al-Monitor. “King” incorporates themes of nature versus nurture, competition and contemporary politics.

Parker further explained, “The work is fundamentally a feminist work because it is looking at some of the core aspects of maleness. The women in the audience were often laughing because a lot of them saw their husband [or some other man] at work. They go, ‘Oh yeah, he does that.’”

Parker sees the piece as a call to action, stating, “It’s about extreme power and the extreme man, and how others need to bring that down… We have to bring down this figure globally.” Parker’s work is among those selected to keep the festival on a forward trajectory.

“At BIPOD each act is chosen very specifically and chosen to keep the event dynamic,” Habis said. “The most important thing to us is to offer performances that are interesting and new.”

Habis hopes that Citerne Beirut, a permanent performance space built for BIPOD, will help facilitate such dynamism. The festival had previously been held at different venues. When not hosting BIPOD, Citerne Beirut will be used for music, theatre and of course other dance performances.

“Because its the fifteenth edition, we thought it would be interesting to look at the achievements of the festival and build this center of contemporary dance in Beirut,” Rajeh explained. “This is something major for us. [Citerne] is really highlighting our work on and development of the festival.”